TERRIFIED passengers wrote "goodbye messages" for their friends and family after their plane engine caught fire when it hit a flock of geese.

Swoop flight W0312 was bound for Edmonton in Canada when the birds were sucked into the engine shortly after take off. 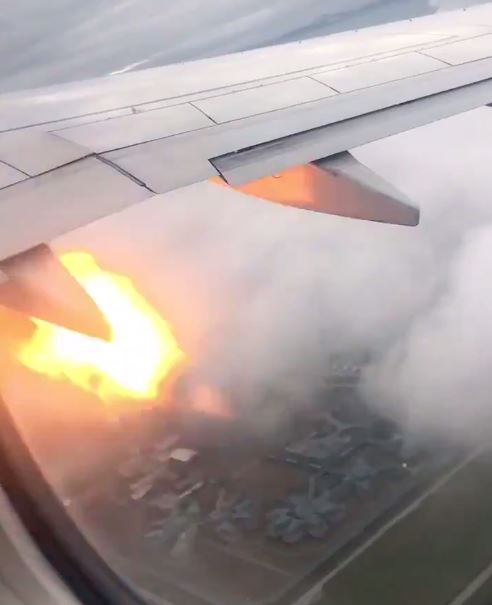 According to CTV news, passengers heard a "loud thud" when they hit the plane.

The plane engine then caught fire, with a video capturing the flames shooting from the side of the plane.

In the video, scared passengers can be heard yelling "fire" to the crew to warn them.

Pilots then announced that had to return to Abbotsford Airport due to running on "two engines".

As the plane made an emergency landing, travellers on board wrote messages to their loved ones in case something went wrong. 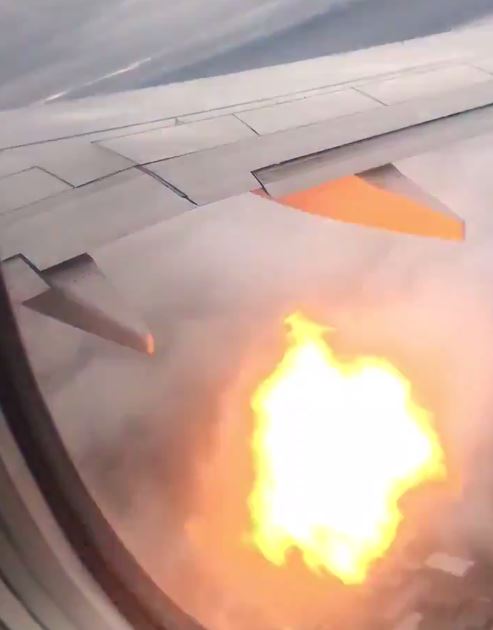 Passenger Fadhl Abu-Ghanem told CTV News: "I started texting my mom saying 'Something's wrong with the airplane. I love you.'"

Donna-Lee Rayner, who was also on the flight, posted on Facebook that there was smoke in the cabin and the smell of burning.

She wrote: "Start my goodbye messages in case my phone is recovered after we crash."

The plane safely landed with no injuries reported.

Swoop wrote in a statement on social media: "We can confirm Flight 312 landed safely in Abbotsford due to a bird strike shortly after departure.

"All travellers were offloaded safely and without incident. Thank you to our captain and crew for ensuring the safety of our travellers."

They added that the plane would not be able to return to service due to the damage, with passengers being put on a recovery plane the next day instead.

Last month, a Russian pilot was hailed a hero after safely landing a plane when both engines were killed by a bird strike, with all passengers on board surviving.

He was compared to captain Chesley Sullenberger who made the famous 'Miracle on the Hudson' landing after birds took out his engines.