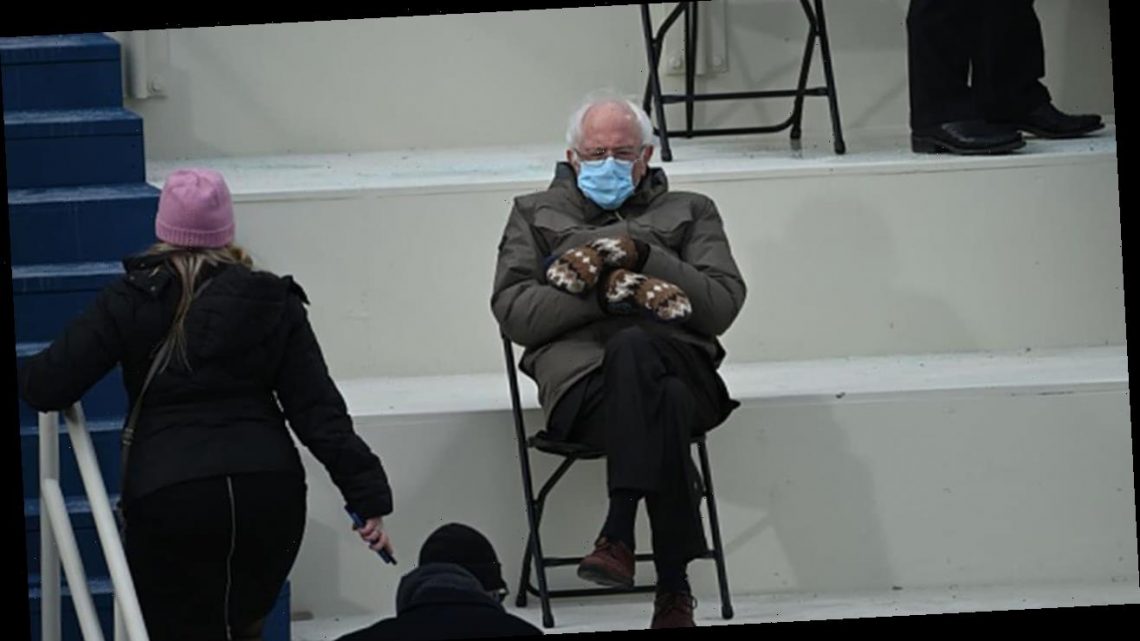 He left the mittens at home, but he’s still got the slouch that’s social media gold.

C-SPAN communications director Howard Mortman grabbed a screenshot from the network’s feed of the event showing Sanders sitting in a similar stance to the viral photo of him with his arms and legs crossed during Biden’s inauguration in January.

Others on Twitter were quick to recognize the similarity, too.

Many commenters lamented the lack of mittens, writing that the new photo wasn’t quite as good.

However, others wrote that it was relatable.

“Once again, big ‘this could’ve been an email’ energy,” one tweeted.

While Sanders wasn’t looking excited about the remarks in the photo, he has supported the $1.9 trillion relief coronavirus plan. Earlier this week, he praised the next round of stimulus, saying it would help cut child poverty and boost unemployment benefits.

“The $1,400 direct payments in the American Rescue Plan will mean the difference between despair and dignity for millions of people in our country,” Sanders tweeted on Tuesday.

Alex Rodriguez and Jennifer Lopez: It’s All Over! To No One’s Surprise!
Entertainment