Home » Celebrities » Alex Rodriguez and Jennifer Lopez: It’s All Over! To No One’s Surprise! 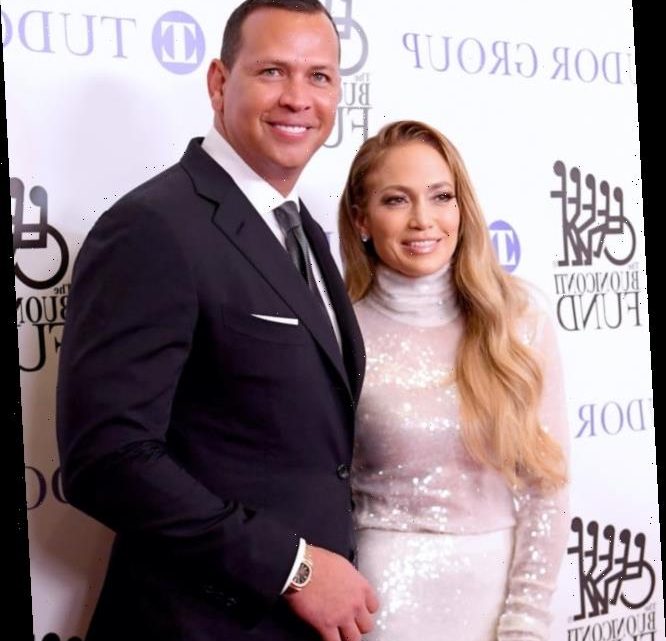 Alex Rodriguez and Jennifer Lopez: It’s All Over! To No One’s Surprise!

So much for Alex Rodriguez hitting a grand slam in the romance department.

As it turns out, likely due to some very poor judgment on his part, the disgraced former Major League Baseball player tried to swing for the fences — but ended up missing in public and embarrassing fashion.

In other, less confusing and sports-related news?

Alex Rodriguez and Jennifer Lopez have broken up.

In news that should not come as much of a surprise to any avid celebrity gossip follower, multiple sources have confirmed that the singer and the ex-slugger have called off their two-year engagement.

They had been together for twice that long overall.

“This has been a long time coming,” a source tells People Magazine.

Added this same insider, regarding why the split took so long to announce and finalize:

“They are tied in their business worlds so it’s not a cut and dry break up. It’s taken a while for them to even think about untangling it all.”

The breakup comes one month after Lopez confessed the couple sought professional help last year amid the coronavirus pandemic and subsequent lockdown.

“We got to work on ourselves. We did therapy,” she told Allure in February 2021. “I think it was really helpful for us in our relationship.”

It also comes just weeks after rumors started to surface that Rodriguez has some sort of inappropriate relationship with Southern Charm star Madison LeCroy.

These weren’t exact misguided rumors that emanated out of thin air, either.

LeCroy herself said she FaceTime Rodriguez on multiple occasions and, although the two were never “physical,” as she emphasized, something sounds quite shady about their connection.

“He’s never physically cheated on his fiancée with me,” LeCroy previously said to Page Six, using very specific language and claiming she has “talked to him randomly, but not consistently.

Sounds, at the VERY least, like an emotional affair, doesn’t it?

LeCroy never clarified the nature of her and A-Rod’s calls or exactly when they occurred, except to say it was all “innocent.”

There’s plenty one can do with someone else over the phone or over the Internet that would make one’s fiancee rightfully very angry.

Lopez and Rodriguez, meanwhile, were last seen on March 1 in the Dominican Republic where the latter is shooting a movie.

They haven’t seen each other since, according to The New York Post.

Lopez and Rodriguez got engaged in the Bahamas in March 2019 after dating for two years.

They never set a wedding date, however, which caused many observers to wonderr about their future.

Back in January, Lopez opened up about having to postpone the couple’s wedding on two occasions due to the pandemic.

“We postponed the wedding twice. We had planned what we really, really wanted to do, [but] I don’t know if we’ll be able to re-create that,” the singer told Elle.

“We canceled it, and since then we haven’t really talked about it. There’s no rush. We want to do it right when we can do it.”

Or never at all, as it now turns out.

“Jennifer has ended things with Alex,” an insider tells this outlet. “After months of questioning things and fighting, Jennifer felt like she could no longer trust Alex anymore.”

Makes sense to us.

Best UK holiday parks for families with teenagers, including Devon, Essex & Suffolk from £99 per stay
Entertainment