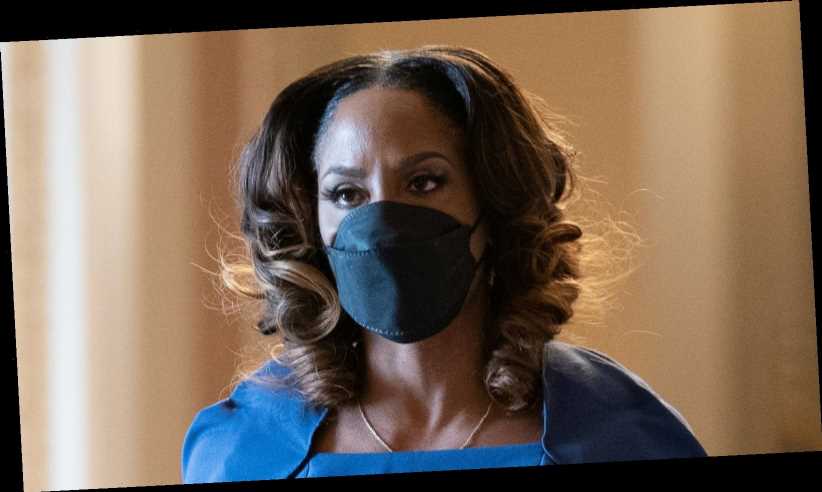 The Truth About Stacey Plaskett

Jamie Raskin may have caught America’s attention for his role as lead impeachment manager in the case against former President Donald Trump, but he’s not taking on the task of arguing in support of the impeachment resolution on his own. He is working alongside a team of eight other House members including Stacey Plaskett, who is serving her fourth term in the House as the Representative for the At-Large District of the Virgin Islands (via CNN).

Of all the House impeachment managers to appear before the Senate, Plaskett’s position is the most unique– and perhaps also the most frustrating. Because the U.S. Virgin Islands are not states, Plaskett, along with the representatives from American Samoa, the District of Columbia, Guam, Northern Mariana Islands, and Puerto Rico are unable to cast any votes — even if they can introduce bills, speak on the floor, and present amendments (via Ballotpedia). Plaskett explains to The Politic that the virtual ban ” … is thanks to an early 20th century ruling that claims that those who come from U.S. territories “come from alien races and cannot understand Anglo-Saxon principles of law. So they should not be given the same rights and voting rights as regular citizens of the United States, but over a time period if we can educate them, possibly they could have those same rights.”

That hasn’t stopped Stacey Plaskett from presenting the case of Donald Trump’s impeachment trial and giving it her all. It was Plaskett who argued that the former president’s speech during the Stop the Steal rally wasn’t a one-off, because Trump had been egging his supporters about a stolen election since the results were announced. It was also left to Plaskett to reveal unseen footage from January 6, to show how much worse the day could have turned out, without the quick thinking of Capitol police officers like Eugene Goodman (via Vogue).

Plaskett’s head-turning performance made her an instant social media hero, who scored even with legal experts. “Delegate Plaskett’s presentation will go down in history. It will be remembered. It was jaw-dropping. It was one of the most powerful presentations I’ve ever seen. Wow. Just wow,” one lawyer tweeted. Another posted: “@StaceyPlaskett is a new hero. She presented clear & compelling evidence of Trump’s role in planning the Jan 6 violence + his intent to stop Congress from fulfilling its Constitutional duty to peacefully transfer power. Guilty is the only conclusion for anyone paying attention.”

Stacey Elizabeth Plaskett-Duffy (via Martindale) is the heroine of her own  fairy tale. She describes herself as “a young Black girl growing up in the projects in Brooklyn, a housing community on St. Croix, sent to the most unlikeliest of settings, and now as an adult woman representing an island territory speaking to the U.S. Senate” (via Vogue). After spending her childhood in St Croix she returned to the U.S. mainland where she went to the exclusive Choate Rosemary Hall, where she became A Better Chance Scholar (via Our Campaigns). From there she went to Georgetown University, where she received her undergraduate degree from the School of Foreign Service, and her law degree from American University’s Washington College of Law (via her official bio). It was in law school where Plaskett met then Professor Jaime Raskin for the first time (via Politico).

Plaskett has worked as an assistant district attorney in the Bronx DA’s office, and as a senior counsel under Deputy Attorney General Larry Thompson, as well as his successor James Comey. After she returned to the Virgin Islands, she became the general counsel for the Virgin Islands Economic Development Authority.

Plaskett’s first attempt to win a seat in the House of Representatives came in 2012. Her first try was unsuccessful, but she eventually won in 2014. Her third run was problematic, as The Daily Beast reports. Plaskett and her husband Jonathan Buckney-Small became victims of a revenge porn leak instigated by two former staffers who pulled photos out from Plaskett’s iPhone and distributed them using a fictitious name. Along with the photo, staffers also allegedly circulated what they called a sex tape. The incident had no impact on Plaskett’s popularity, and she went on to win nearly 98 percent of the vote. She even had the support of a group of women she called the “church ladies” of the Virgin Islands.

“Those people who they thought would be upset with me, the elders, were the ones who were like, ‘Young lady, that’s your home, that’s your private business, and I don’t want anybody looking in my bedroom, so what you do in your bedroom is not my business either,'” Plaskett told The Daily Beast in 2017. “That was really kind of an amazing feeling to me.”

A Look At All Of Whitney Houston's Film Roles
Entertainment