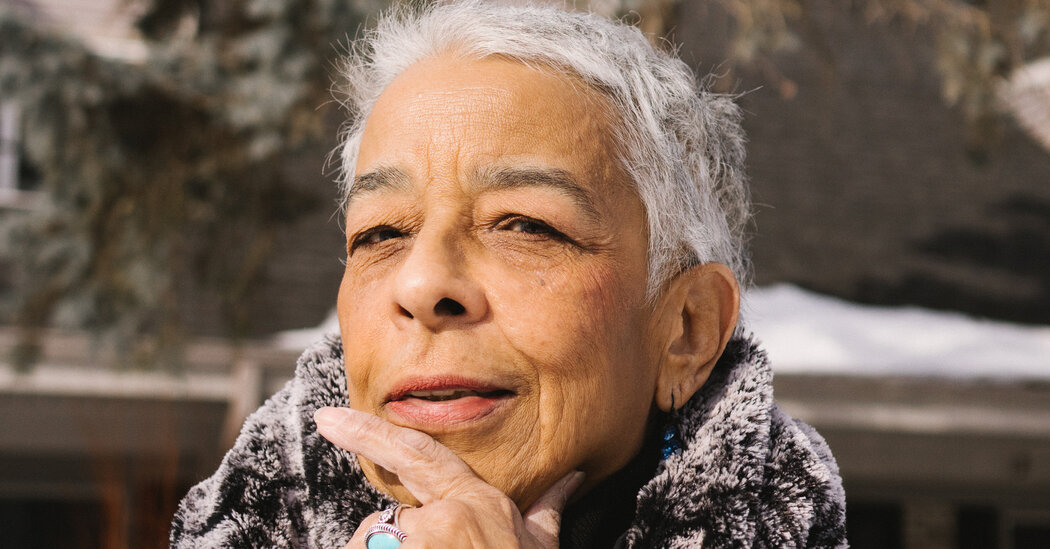 If it’s Grammy season, it’s time for the annual attention paid to what many see as the Recording Academy’s longstanding and well-known diversity challenges, its preponderance for awarding Black artists in “niche” rather than mainstream categories, and its poor track record acknowledging the contributions of women across the board.

But while the most talked-about categories have remained the subject of scrutiny in recent years, the question of representation at the awards can be felt across the ballot, including less starry competitions. Here’s a prime example: best album notes. Since its inception in 1964, this Grammy has been awarded to a total of three women. The first was the polymathic artist and critic Thulani Davis, who broke that glass ceiling in 1993 when she won for her luminous and sweeping essay accompanying the Aretha Franklin boxed set “Queen of Soul — The Atlantic Recordings.”

Her notes for that collection, a symphonic rendering of the social and cultural magnitude of the Queen of Soul’s craft as well as her iconicity, are characteristic of Davis’s many gifts as a poet, playwright, screenwriter, librettist, novelist and arts journalist whose tenure at The Village Voice in the 1970s and ’80s blazed a path for a generation of Black culture critics. “I’m trying to bend the forms,” she said during a video interview last month.

That bending is evident, particularly in her new collection of poetry, “Nothing But the Music,” a volume of lyrical dispatches from dense, swirling sites of Black musical conviviality, struggle and transformation. Like her music criticism, Davis’s poems are simultaneously intimate and panoramic, reverberating with the depth and grandeur of Black social and cultural life across space and time. They are genres of writing that, for her, are closely connected to one another. Davis says she thinks of poetry as “another form of liner notes.” Both are “an invitation to experience the music.” 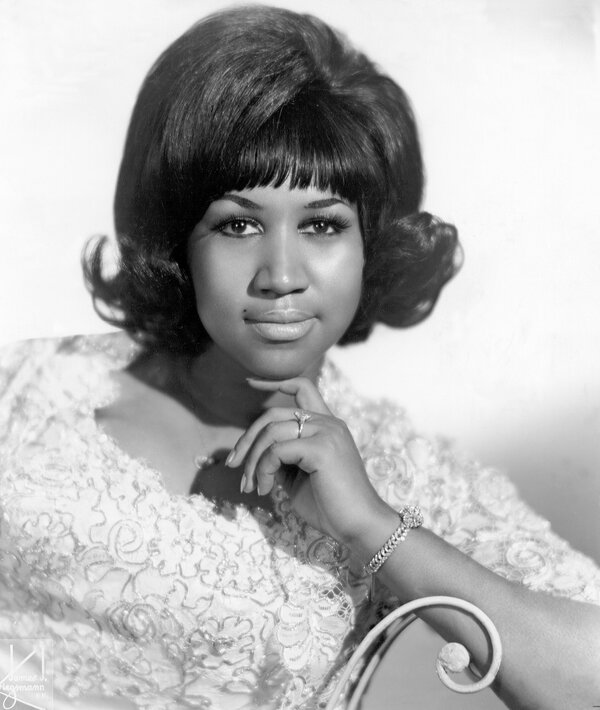 The originality that Davis brought to the notes genre no doubt played a role in her Grammy breakthrough. But it did not open the floodgates to other women writing liners, an ongoing inequity that has largely gone unnoticed in a relatively obscure category. Liner notes emerged in full in the mid-1950s with the rise of the 33 ⅓ disc as a form of advertising. They were printed on the sleeve — the very “lining” of the record — and transformed in the decades that followed into a showcase for sometimes masterful critical profiles of an artist’s ambition; meditations on the occasion for the album; explorations of the making of the record; or essays on the vision of the work as a whole.

In the post-World War II “golden age” of jazz music criticism, figures like Nat Hentoff, Ralph J. Gleason, Leonard Feather and Ira Gitler generated prodigious bodies of notes that offer vivid takes on the modern jazz canon. The rise of rock music criticism produced its own class of writers — the crossover figure Gleason (a founder of Rolling Stone), Greil Marcus, Robert Christgau and Lester Bangs — who wrote notes that captured the intensity and convictions of their trademark prose. But the ’60s and ’70s also saw artists themselves (John Coltrane, Bob Dylan, Sun Ra and Frank Zappa, among them) writing about or alongside of their own releases, dropping so-called Easter eggs here and there for their most obsessive fans.

Davis’s essay, “Aretha Franklin, Do Right Diva,” remains a standout in this list of Grammy winners. Written from the vantage point of a Black feminist critic, her notes effortlessly navigate the many dimensions of Franklin’s impact as an artist — encompassing the scale of her legacy, the socio-historic import of her Atlantic recordings and her astonishing aesthetic innovations, all conveyed with the kind of sincerity and intelligence of feeling akin to Aretha’s singing.

“I decided to be a prism,” Davis said, “articulating all the different colors of light from a lifetime of listening to this woman, and what I thought other people had shared with me about experiencing her.”

Twenty-three years before Davis’s win, Joan Baez was the first woman to receive a nomination, for the notes accompanying her own country LP, “David’s Album.” (She lost to Johnny Cash, who famously wrote notes for Bob Dylan’s 1969 “Nashville Skyline.”) During the decades in between, women received a few nominations for classical releases, but popular music liner notes remained overwhelmingly dominated by men.

This century’s women nominees have included two formidable veteran music critics working the rock beat: Holly George-Warren (for Janis Joplin, “The Pearl Sessions”) and Amanda Petrusich (for Bob Dylan, “Trouble No More: The Bootleg Series Vol. 13/1979-1981”); as well as the Black Arts Movement poet and writer Mari Evans, for her notes for “The Long Road Back to Freedom: An Anthology of Black Music.”

The only other Black woman to win in this category, the Los Angeles music critic and cultural historian Lynell George, sees this gender imbalance as one involving legibility in the arts-writing profession more broadly. “I would show up to interview a musician right after sound check,” she said, and security would ask if she was the singer, unable to imagine she was the writer. George relished the ability to buck the bigotry of those expectations: “I’m the one that’s going to be telling the damn story.”

George’s win came in 2018 for her dazzling notes accompanying “Live at the Whisky A Go Go: The Complete Recordings, Performed by Otis Redding.” In a phone interview, George referred to it “360 immersive experience,” one that pulls you into the thick of the Sunset Strip in April 1966, when the soul philosopher Redding, vying for a pop crossover, dove into a three-night run at a venue that was still steeped in the segregation of social Los Angeles. George, a chronicler of Black life in the city, knew the story of these shows could not be a triumphalist narrative. She gives voice to a diverse cross-section of people on the scene: the musician Ry Cooder, for example, from the perspective of his dressing room; and Paul Body, a teenage fan too young to enter, who witnessed from outside on the sidewalk.

The Rock & Roll Hall of Famer Joni Mitchell remains the most famous woman to win the award, with the colorful, visionary notes for her career-spanning 2014 collection “Love Has Many Faces,” in which she recounts playing the finished version of her “Court and Spark” album (1974) for a small group including David Geffen and Dylan. “I was so proud of it — my first band!” Mitchell writes with a candor and ease that permeates these notes. “Bob pretended to fall asleep and when the last note faded out, Geffen nodded feebly.” Aptly reading the gender dynamics of the room at that time, she wryly concludes the anecdote: “I think I’m Jackie Robinson.”

Like Davis and George’s work, Mitchell’s contribution to the genre is a reminder of how writing about records from the vantage point of the marginalized provides fresh ways of hearing the sounds. These are projects that break the “old boys network” of liner notes writing, as the jazz historian Maxine Gordon calls it, by asserting the authority of the woman listener.

Gordon, whose notes for the 2020 reissue of Shirley Scott’s 1975 album “One for Me” (which Gordon also executive produced) emphasizes the importance of such a role for both the musician as well as the woman who gets to write her story in the studio. In an interview, she recalled Scott, known as the “Queen of the (Hammond) Organ,” sharing how, at certain points in her career, “Somebody wrote liner notes that had nothing to do with anything, and never spoke to me. They never asked me.”

The ability to take an intricate snapshot of a particular recording and then trace the concentric circles of its resonance beyond the studio are reasons notes still matter and why these women authors so deeply value them. “We lose so much,” Gordon said, from “not being able to read the history of the recording and the personnel.” This, for her, is one of her concerns about what gets lost in our streaming culture — “I want to know who’s playing.” George concurs: Recalling her childhood fascination with the notes on Stevie Wonder’s 1970s albums, she cited the pleasure in “reading the acknowledgments and that whole life of production, what happens behind the music,” the “spirit” of it all.

Without a recognition of those women documenting the spirit of the music, taking notes and keeping score, we lose a crucial piece of the history of the music itself as it was received and felt by women listeners — the sometimes invisible critics who, nevertheless, have their own stories to tell about its meaning to them, how and why it shaped their lives and their communities. Davis, for her part, knew just what was at stake all those years ago when she pondered in her Aretha Franklin essay what is necessary to “come to grips” with that singer’s “power as an interpreter of lyrics.”

You have to “give it up,” she writes. “You have to stand and testify, offer some broken heart of your own.”

Daphne A. Brooks is William R. Kenan Jr. Professor of African-American Studies at Yale University. She is the author of “Liner Notes for the Revolution: The Intellectual Life of Black Feminist Sound” (Harvard University Press, 2021).

Tom Cruise Is Selling His Telluride Ranch for $39.5 Million — See Inside the Mountain Estate

Hailey Bieber Is Bringing Fans Into Her Life With Launch of Her New YouTube Channel!
Entertainment