Home » Home and Garden » Tom Cruise Is Selling His Telluride Ranch for $39.5 Million — See Inside the Mountain Estate 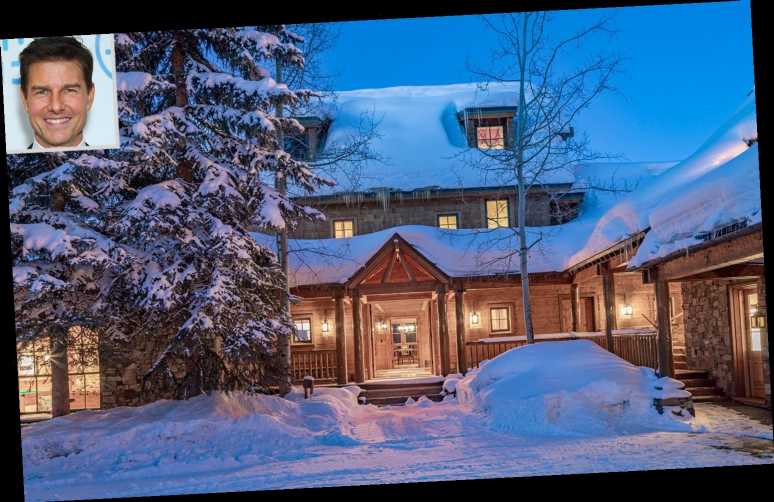 Tom Cruise Is Selling His Telluride Ranch for $39.5 Million — See Inside the Mountain Estate Tom Cruise is looking to bid adieu to his 320-acre estate in Telluride, Colorado.

The 58-year-old actor is selling the 7-bedroom, 9-bathroom property where he famously sat down for an interview with Oprah Winfrey in 2008 and, a year and a half earlier, opened up to Vanity Fair alongside then-fiancée Katie Holmes, sharing the first photos of their daughter, Suri.

The home is asking $39.5 million and is listed with Eric Lavey and Dan Dockray of Sotheby's International Realty.

According to the home's listing, the secluded, sprawling ranch was "custom-built for privacy, where unspoiled natural beauty, sweeping mountain vistas and outdoor recreation abound." There's an impressive 11,512 square feet of living space split between an almost 10,000-square-foot main house and a guest house with three bedrooms.

Warm wood is the star of the show throughout the interior, featuring heavily in the furnishings, flooring, walls and even the kitchen's counters and island. Amenities on the property include a game room that currently holds a billiards table, foosball table and piano; a fitness center; two fireplaces; an outdoor terrace and a three-car garage.

"Enveloped in mountain majesty and boasting extensive forested trails, this secluded estate – accessed via a scenic one-mile drive from a secure gated entry – is only minutes from historic downtown Telluride for world-class skiing and golf," the listing notes. According to Vanity Fair, Cruise began making plans for the compound more than 30 years ago. He completed it in 1994, and put it on the market for $59 million back in 2014.

In her 2006 interview with Cruise and Holmes, 42, Vanity Fair's Jane Sarkin described the home as having the feeling "of a sprawling lodge or chalet, with rustic, log-cabin touches—informal, airy, built with honey-colored deadwood from Oregon."

According to Sarkin, Holmes, Cruise and their kids (Suri, then 5 months old, and Cruise's son Connor, now 26, and daughter Isabella, now 28) spent their days at the ranch riding around a makeshift motocross track, jumping on an in-ground trampoline, playing golf and sitting around an outdoor fire pit.