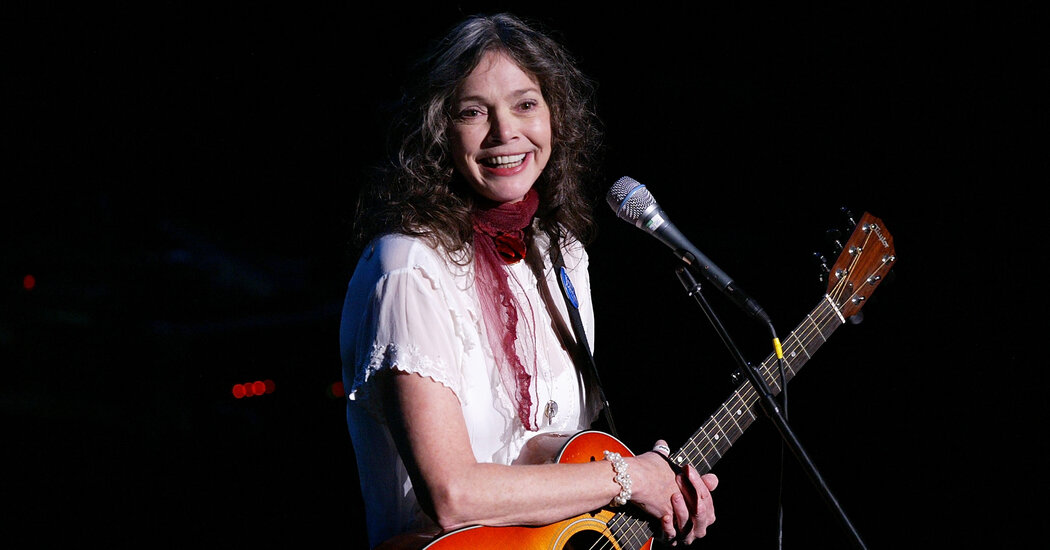 Nanci Griffith, Singer Who Mixed Folk and Country, Dies at 68

Nanci Griffith, the Texas-born singer and songwriter known for thoughtful narrative songs like “Love at the Five and Dime” and “Trouble in the Fields,” has died. She was 68.

Her death was announced by her management company, Gold Mountain Entertainment. The company’s statement provided no further information and said only, “It was Nanci’s wish that no further formal statement or press release happen for a week following her passing.”

Ms. Griffith won the 1994 Grammy Award for best contemporary folk album for “Other Voices, Other Rooms.” Over a recording career that spanned five decades and about 20 albums, she was praised by critics for straddling the worlds of folk and country and for writing lyrics that were both vivid and literary.

She began her career on the thriving Austin, Texas, scene of the mid-1970s. After moving to Nashville, she established herself as a writer when artists like Suzy Bogguss and Kathy Mattea recorded her songs — although she had her first hit not with one of her own compositions but with Julie Gold’s “From a Distance,” later an even bigger hit for Bette Midler.

Early in her career Ms. Griffith was seen as a country artist. But, she told The New York Times in 1988, “Though the term folk tends to be perceived as a bad word in the music industry today, I’m proud of my folk background.” She added: “When I was young I listened to Odetta records for hours and hours. Then when I started high school, Loretta Lynn came along. Before that, country music hadn’t had a guitar-playing woman who wrote her own songs.”

The daughter of parents who were both interested in the arts (although she once recalled them as “very, very irresponsible”), Ms. Griffith began performing when she was 14 and continued performing while at the University of Texas. She won a songwriting award at the Kerrville Folk Festival in Texas in 1977, which led to a deal with a local label. She made her major-label debut with the MCA Records album “Lone Star State of Mind” in 1987.

How Many Kids Does Henry Golding Have?