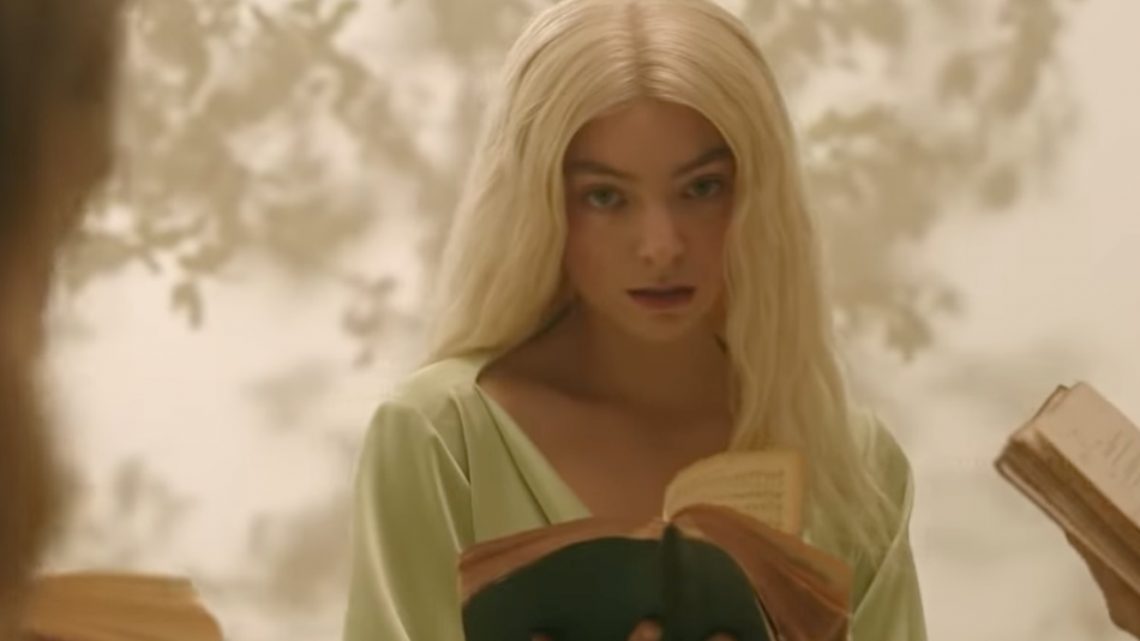 Lorde has traded in her long wavy brown hair for a new bleached blonde look in her newly released single ‘Mood Ring’.

The video shows blonde Lorde and a group of friends perform a series of rituals in a large canvas tent, using sage, mushroom covered logs, pebbles, choreographed dance moves and a bowl of ice.

In a newsletter to fans Lorde said fans shouldn’t take the music video too seriously.

“I’ll say it once and then never again: This is satire. She is not me,” she wrote.

“It was really interesting distilling some thoughts on wellness culture and the search for spiritual meaning in our modern world into a three-minute pop song. The kind of challenge she likes best!” she wrote.

“Part of why this album was so FUN (sic) to make was that I got to explore these tropes of people seeking wellness, enlightenment or even utopia.”

The video opens with a written cautionary statement reading, “Objects in mirror are closer than they appear,” before a platinum-haired Lorde emerges.

Alongside her other tracks Solar Power and Stoned at the Nail Salon, Mood ring was written by both Lorde and Jack Antonoff.

“It was never my intention to fully flame her, although I don’t let her off the hook. We’re living through wild times, and it’s tough to begrudge anyone the methods they employ to feel sane, questionable though they may be,” she wrote.

“Something like a mood ring represented a sort of magical thinking, the same kind I dip into when I get my aura photographed, or try and bend my horoscope to my will – when I just need to believe something in a moment to feel good or clear.”

Towards the end of the newsletter, Lorde said she was “really proud” and even gave fans a sneak speak into what it was like to film the music video.

“This video was soooo relaxing to shoot, I can’t even tell you… I felt like I had had a spa day by the end. Eerie soothing case in point,” she wrote

Fans of Lorde were quick to praise the Auckland artist for her new single.

The Origins Of The Distracted Boyfriend Meme