Home » Celebrities » The Origins Of The Distracted Boyfriend Meme 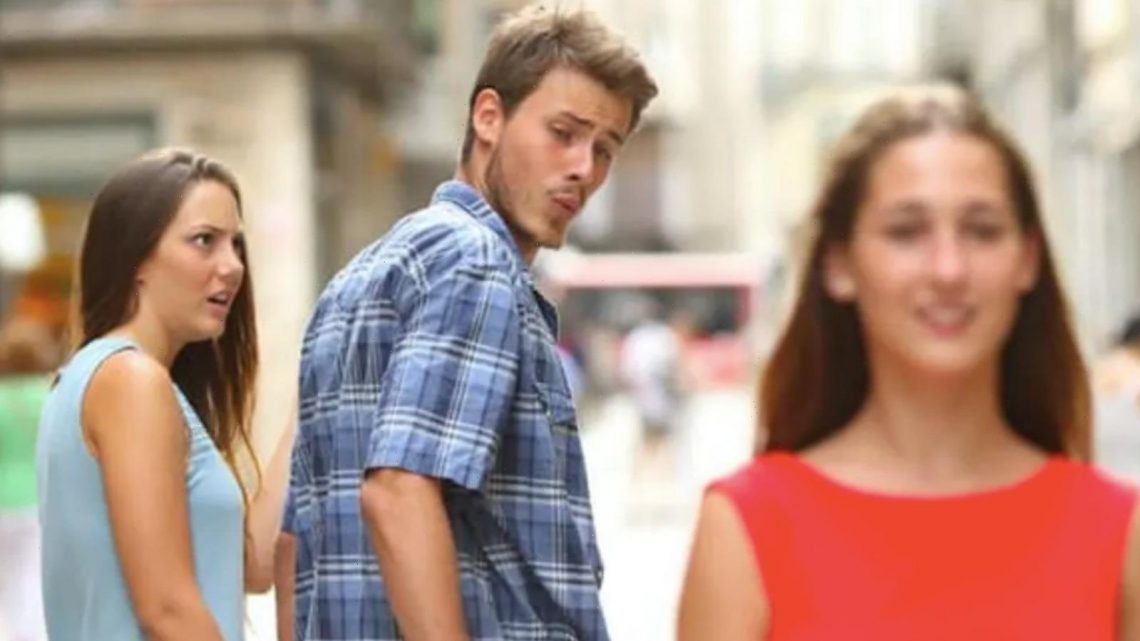 The Origins Of The Distracted Boyfriend Meme 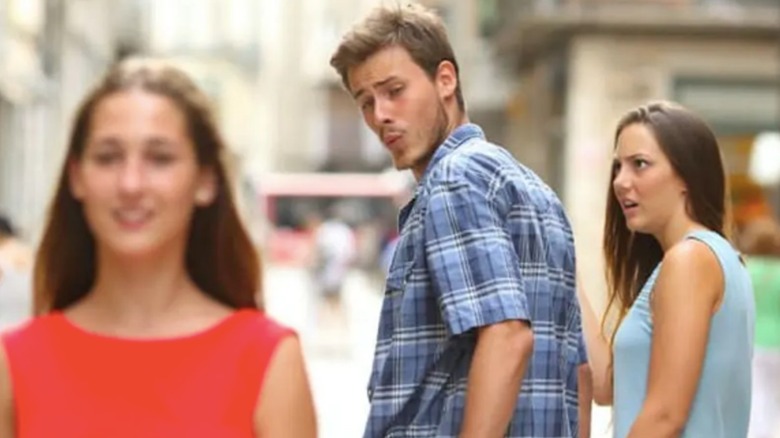 If you’ve spent a single, solitary minute on the internet, you’ve likely come the “Distracted Boyfriend” meme. Unlike sister memes such as “Bernie Sanders’ Mittens” or “The Celebrity Elf On The Shelf,” the “Distracted Boyfriend” features only stock models. The photo of a man walking with his girlfriend and whipping his head around to check out a passing lady first took meme culture by storm in 2017 (via The Daily Dot). The meme has been used to analogize endless scenarios and variations with simple captioning and “object labeling.”

The photograph, still available via iStock by Getty Images, was originally titled “Disloyal man with his girlfriend looking at another girl” and was taken in 2015 in Gerona, Catalonia (via Indy 100). Spanish photographer Antonio Guillem stated that his goal was to capture “the infidelity concept in relationships,” but finding the perfect frame wasn’t easy. “It was quite challenging to achieve face expressions that were believable, mainly because we always have a really great work atmosphere, and almost all the time one of the models was laughing while we were trying to take the picture.”

Lucky for us (and the entire internet-dom), Guillem got the shot. 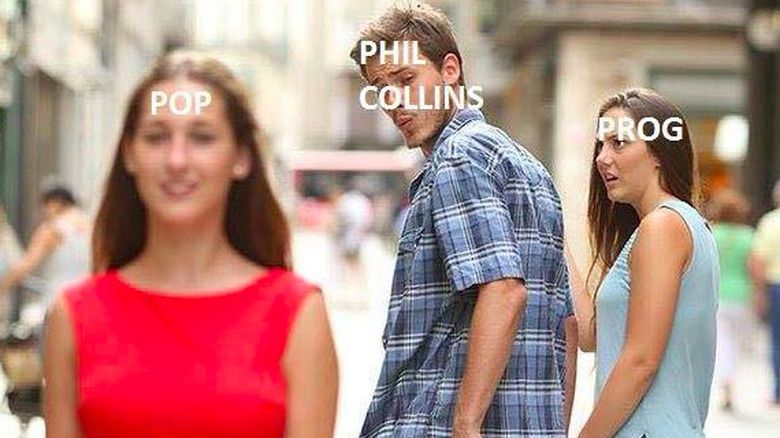 The “Distracted Boyfriend” meme stock models called the shoot “curious and funny.” Laura, who played “the girlfriend,” stated, “When people saw us simulate those scenes in the street, they stopped to look and laugh, and in my case, that I had to have a more serious face — I had a hard time to keeping it.” Mario, aka “the boyfriend,” remembers the photo shoot as “a learning experience” for tuning out onlookers (via Intelligencer).

Two years after the photo shoot, the meme would go viral. In the beginning of 2017, it was posted to a Turkish Facebook group about progressive rock by user Kaan Aksoy, who The Daily Dot calls “the first one to attach labels to the picture.” The meme was created to illustrate musician Phil Collins opting for a more pop music sound over his traditional progressive rock and … the rest is history.

Since blowing up online, the models of the meme have stayed humble. In a 2017 interview with Intelligencer, Mario stated, “I was a bit surprised because I didn’t expect that a photo that we made would become so popular on social media.” But the model has no plans to capitalize on his growing facial recognition. “I do not really have the time to follow these things, but for what I have seen, I can say that it’s crazy what people can imagine.”