It looks like Kanye West has finally given up on wooing ex-wife Kim Kardashian back. After over a year of trying, he’s now taking steps to finalize their divorce.

The Yeezy founder has hired a big gun to represent him in the divorce case: Robert Stephan Cohen, who has handled other high-profile splits, including Melinda Gates and Chris Rock, according to TMZ. For Kanye, this marks the sixth lawyer he has enlisted after Kim filed for divorce last November. He’s been without legal representation since early August when his fifth lawyer, Samantha Spector, asked to be relieved from the case due to “a breakdown in communication, according to Rolling Stone. As you might have guessed, he’s not exactly an easy client.

The former couple was already declared legally single in March, and the prenuptial agreement they had in place before their wedding isn’t going to be contested. TMZ also noted that Kim has their four kids “80% of the time” and that’s likely to continue when it comes to child custody. There may be a few loose ends to tie up, like joint financial investments, but the SKIMS founder’s lawyer, Laura Wasserman told the judge last spring that Kim’s “been ready for quite a while” to get the divorce finalized. The rapper had until Sept. 30 to get his ducks in a row before the trial started, so that’s why he brought on Cohen at the last minute.

This latest move by Kanye could signal that the end is near for their almost seven-year marriage. They’ve both moved on in terms of dating (even though Kim swears she’s staying single), and at this point, the signed papers are only a formality. Kimye will forever be a pop culture moment — but in the past.

Before you go, click here to see how Kim Kardashian’s life has changed over the years. 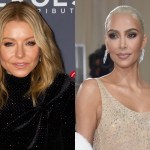