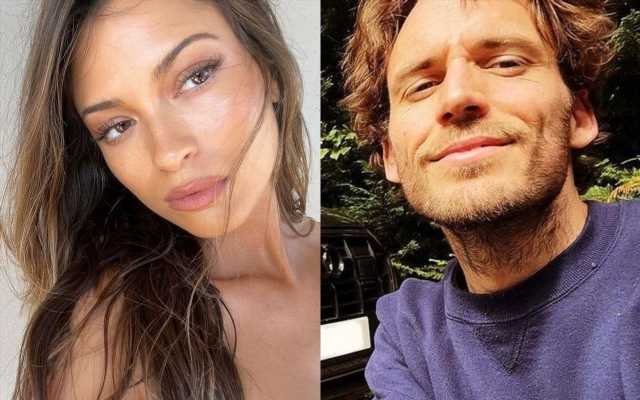 The ‘Hunger Games’ actor has seemingly confirmed his romance with model Cassie Amato as the rumored lovebirds were spotted getting cozy during London outing.

Sam added fuel to the dating rumors by sharing a picture of them in the South of France together – and now they have seemingly confirmed the romance after they were pictured looked cosy on a day out in London. In pictured published by MailOnline, the couple were spotted holding hands as they walked Sam’s dog together on Tuesday, September 26.

Sam was previously married to “Guardians of the Galaxy” star Laura Haddock – the mother of his six-year-old son Pip and four-year-old daughter Margo. The pair divorced in 2019 after six years of marriage.

The actor was first linked to Cassie after commenting on a number of her bikini pictures which had been posted on Instagram. One of the comments read, “You are so freakin’ beautiful,” while in another he told her, “You are perfect.”

Cassie reportedly dated Leonardo DiCaprio for a brief time back in 2015. After Sam and Laura’s marriage ended, she went on to find love with fellow actor Tom Rhys-Harries, whom she met on the set of Netflix series “White Lines“, where they played siblings Zoe and Axel Collins.

At the time of the split, the exes insisted they still had a deep friendship despite going their separate ways. Sam announced the news in a statement, which read, “Laura and I have decided to legally separate.”

“We will move forward with nothing but love, friendship and a deep respect for one another, whilst we continue to raise our family together. We won’t be commenting on this further. Thank you in advance for your support and respecting our privacy at this time. Both of us x.”