Kim Kardashian has never one to wait around for an opportunity, so it looks like the Kardashians are already back at work on their upcoming Hulu show. After the final airing of Keeping Up with the Kardashians in June, it was only a matter of time before Kim and her sisters were back on set — we know they don’t want to be off the air for too long.

While we don’t know much about the show just yet, Kim hinted that filming began on Thursday, Sept. 23 with a microphone pack and the caption, “Day 1,” on her Instagram Story. The SKIMS founder gave a little insight to Ellen DeGeneres earlier this month about one detail they want to change from their E! show to the new series: the timeline. “We are gonna start filming probably in the fall, and we’re going to have a quicker turnaround, so we hope to air in the fall as well,” she told the talk show host. 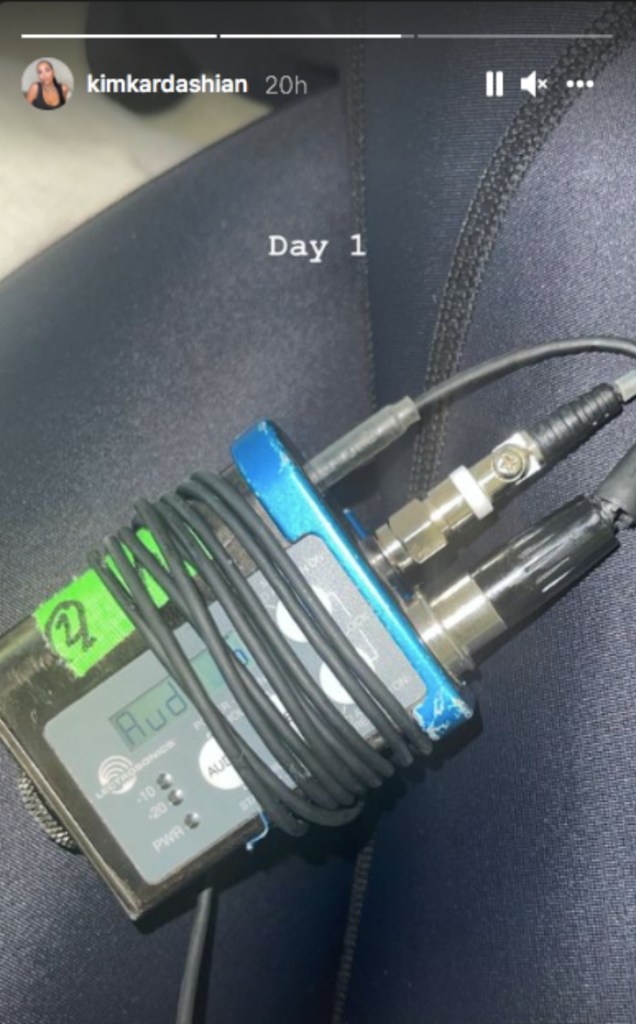 In the era of social media, airing the show closer to when the events happened will likely make viewers much happier in the long run. It was challenging to watch moments in their lives that occurred six months ago because it often felt like old news by the time it was on TV. Kim also revealed that they will continue to be “as open and honest as possible” like they were on their former show, but they might also add elements that have made DeGeneres popular like “dancing and scaring videos.” (Do we really need dancing Kardashians?)

But the one thing that has really made the Kardashians popular is the never-ending drama when it comes to their love lives. Kim is in the middle of a divorce from Kanye West, Kylie Jenner is expecting her second child with on-again, off-again boyfriend Travis Scott, and Kourtney Kardashian has a hot and heavy romance with Blink-182 drummer Travis Barker. “I honestly haven’t talked to them about it, but I’m assuming because he’s such a big part of Kourtney’s life that hopefully, they will be on,” Kim said. The one thing she is promising is it will be “really fun and interesting” to see them all together again after a long filming hiatus — and we can’t wait.

Before you go, click here to see the best reality TV shows on right now.