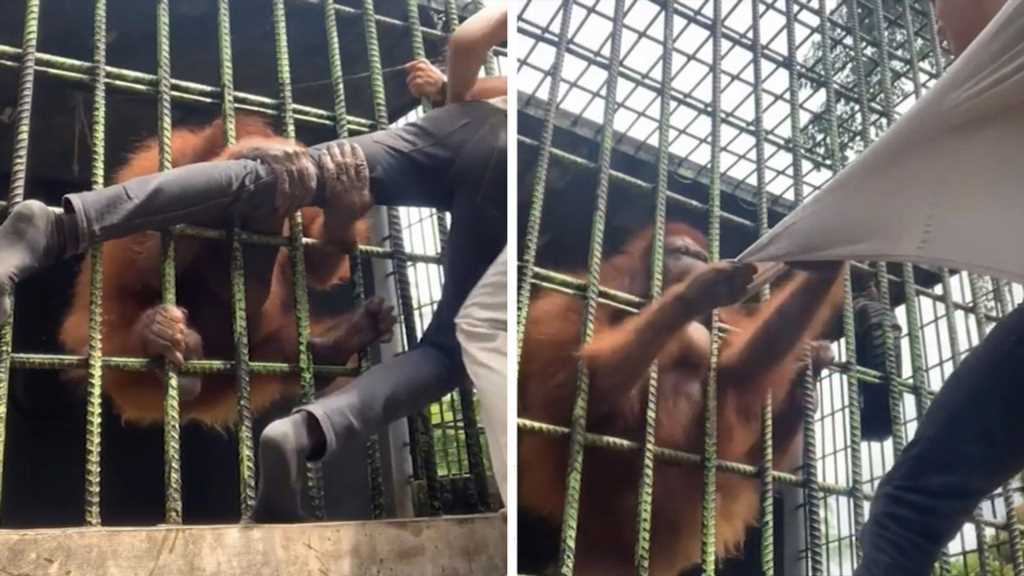 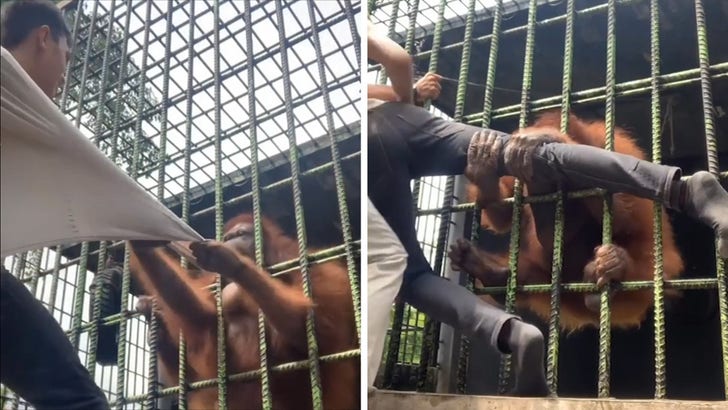 Orangutans are known for being aggressive, especially with humans, but one animal was clearly pissed off … and one guy learned just how strong the great apes really are.

Check out the video — the guy gets too close to the cage — and the orangutan quickly grabs him by the shirt, pulling him closer and closer, and possibly trying to bite the man.

From there, it’s a tug of war between the ape and the man’s friends … and his friends are losing. 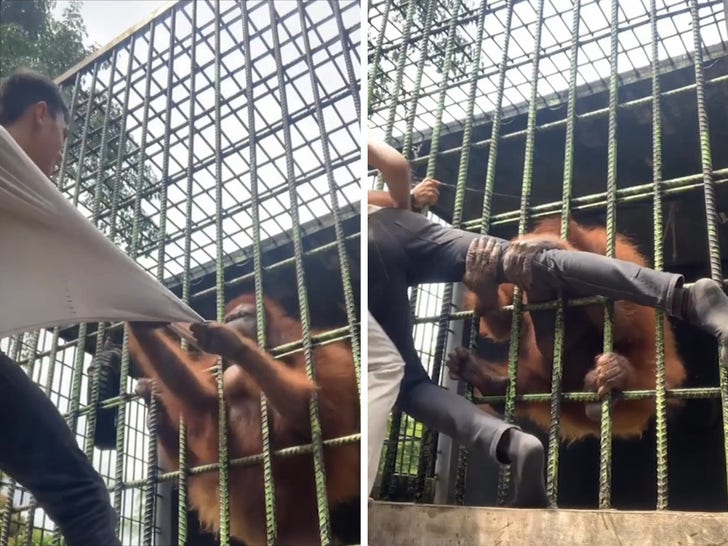 At one point, the animal grabs the man’s leg, and he’s totally horizontal … the strength is incredible. Unclear exactly when and where the vid was taken, but supposedly the man was ok in the end.

As you might imagine, the insane video is sending social media into a frenzy. One user wrote, “Google people who have been attacked by apes. They are strong enough to rip you to pieces. And they go for your face and your hands first.”