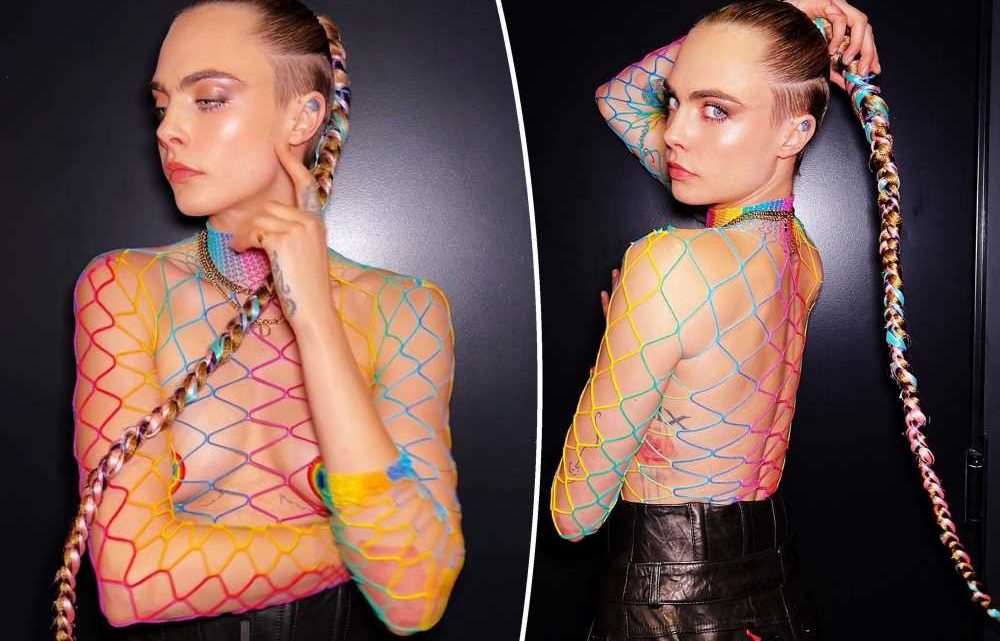 ‘Drunk’ Cara Delevingne gets down to Wyclef Jean at NYC bash

The model showed out for the month of love on Instagram Monday wearing a rainbow-colored knotted top with nothing but matching pasties underneath.

She paired the string with leather pants and wound a matching fabric through her waist-length ponytail to complete the rave-inspired look.

Delevingne, 29, is no stranger to going topless; she even attended the 2022 Met Gala wearing just a blazer, which she then stripped off to reveal nothing but pasties and gold body paint.

At the fashionable event last month, fans noticed that the British beauty didn’t hide her psoriasis, sparking a different kind of pride with her nearly nude outfit. 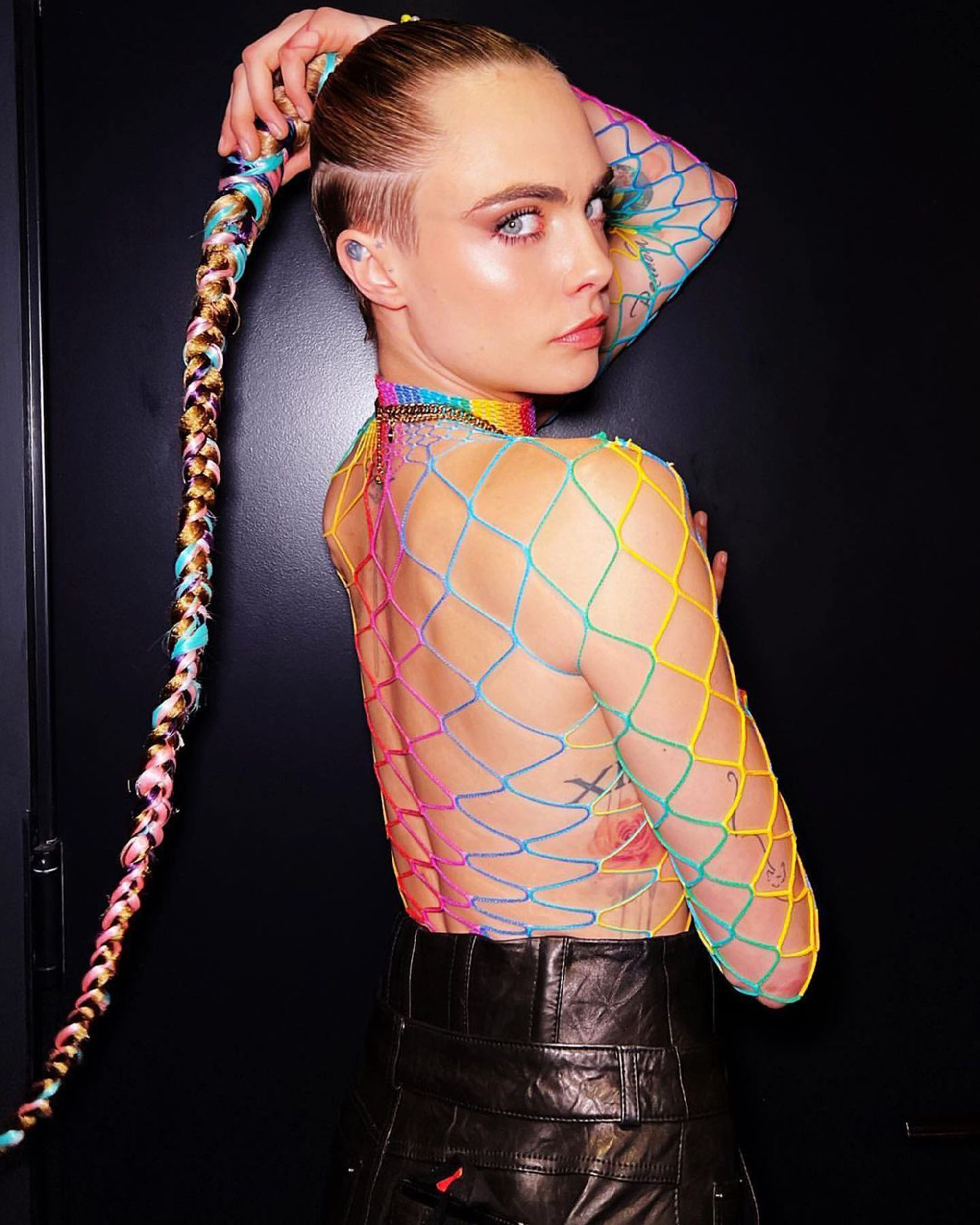 Delevingne — who previously dated Ashley Benson and St. Vincent — has been open about her sexuality, previously creating a line of Pride-themed activewear for Puma and announcing in 2020 that she identifies as pansexual.

“I was so unhappy and I wasn’t following my truth, especially in terms of being a model,” she previously said about her past struggles. “That whole thing of having to fit into the box — I’m an androgynous person. 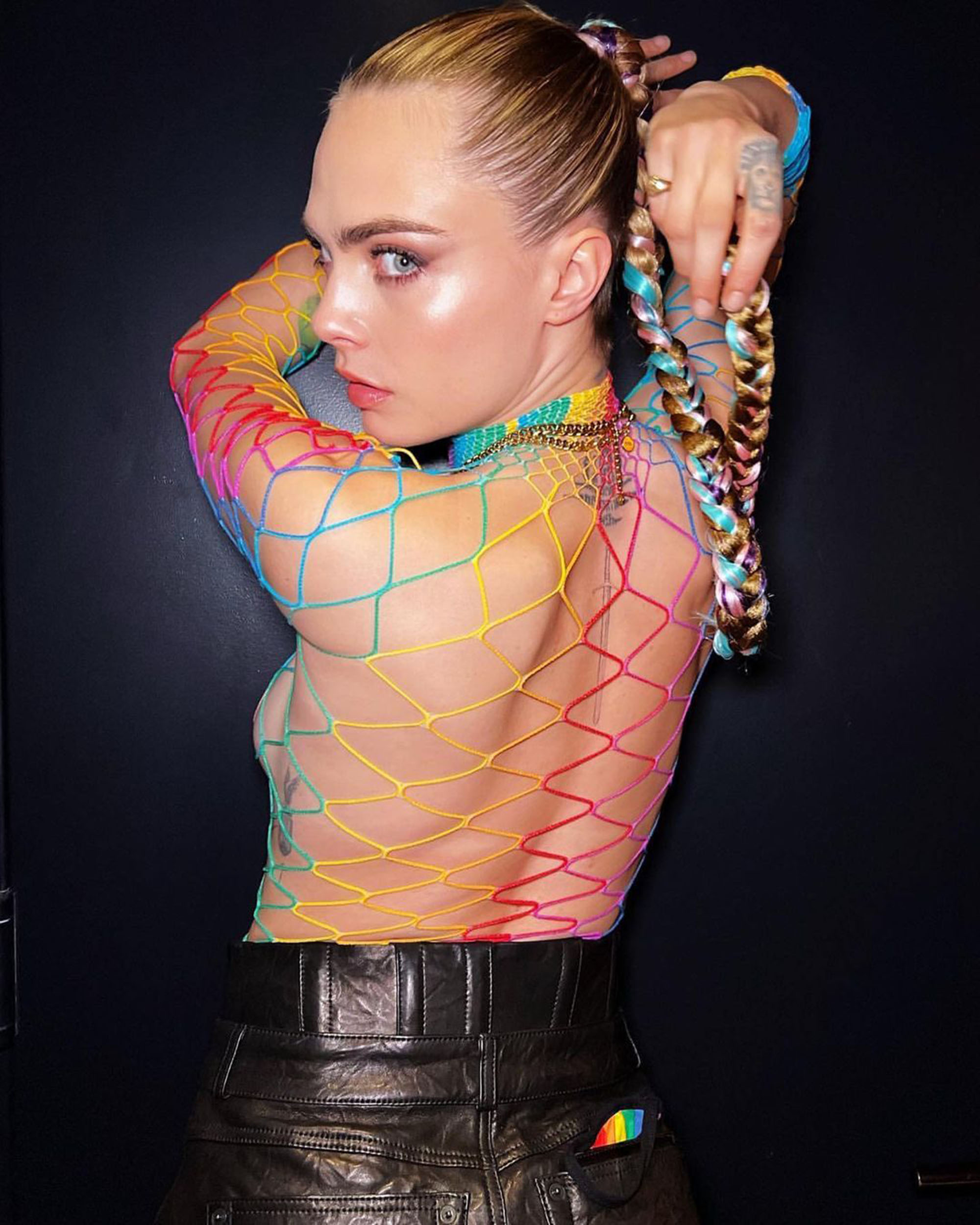 The “Suicide Squad” actress added, “I feel so much more comfortable in the fluidity of what it is to be just a human and to be an animal, almost, because that’s what we are.”