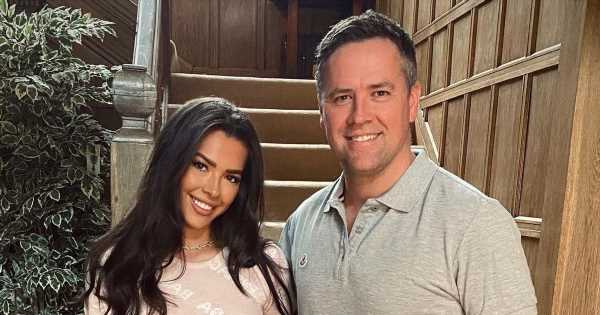 Michael Owen's throwback tweet about "going to bed" to avoid "pain" has resurfaced in a hilarious moment as fans compared the 42 year old former England footballer's comments about losing a game to what might have been his reaction to daughter Gemma Owen's time on Love Island.

Gorgeous brunette Gemma, 19, who is an international dressage competitor, was one of five girls who entered the villa during last night's launch show on ITV2, and she was already making waves as one of the boys' favourite ladies to go after.

But as the the teenager set her sights on Italian stallion Davide Sanclimenti, 27, viewers were cracking up imagining the horror on Michael's face.

When Gemma planted a kiss on the Rome-born hunk during the islanders' first getting to know each other challenge, fans then imagined dad-of-four Michael, who is married to wife Louise Owen, cringing at home.

"Going to bed. Can't take the pain any longer," the tweet read, which was in reference to the England team's devastating defeat in the 2014 World Cup.

Football fans watched at the time as Uruguay beat England in the match.

"Michael Owen at 9pm every night for the next eight weeks," one fan joked.

The footballer-turned-commentator spoke out about his eldest daughter's decision to take part in the reality dating show a week before her grand entrance, when he said he knew she would make the whole family "proud".

"I have no doubts that she will make us all proud," he said on ITV News.

"It’s probably a father’s worst nightmare, but whatever she wants to do you’ve got to be supportive.I’ve heard a lot about it.

"I think old, grumpy men like me will always have an opinion on it because I don’t watch it and you just hear snippets, but she assures me it’s not as bad as I think," the sportsman continued.

While Gemma recently admitted her dad wasn't "happy" with her signing up to the show, she also said that he trusts she won't "embarrass" him during her time in the villa.

"It's quite a big thing and whatever she wants to do, you have to be supportive and I think I've given her a decent enough grounding to be respectful," Michael went on in his interview.

Swimwear brand owner Gemma joked that her dad didn't have a "tantrum" but he struggled with the prospect.

Eventually, Michael told his daughter: "I'm not going to tell you what to do," according to the new Love Island star,

"He was pretty chilled, he trusts me not to do anything to embarrass him. He took it quite well," Gemma added to MailOnline.

For the latest Love Island gossip and spoilers, make sure to sign up to OK!'s daily celebrity newsletter and Factor 50 – your one stop for all the latest villa news.

For all the latest showbiz stories, sign up for OK! 's daily newsletter here.

Prepare For Father's Day With These Adorable Matching Outfits
Entertainment