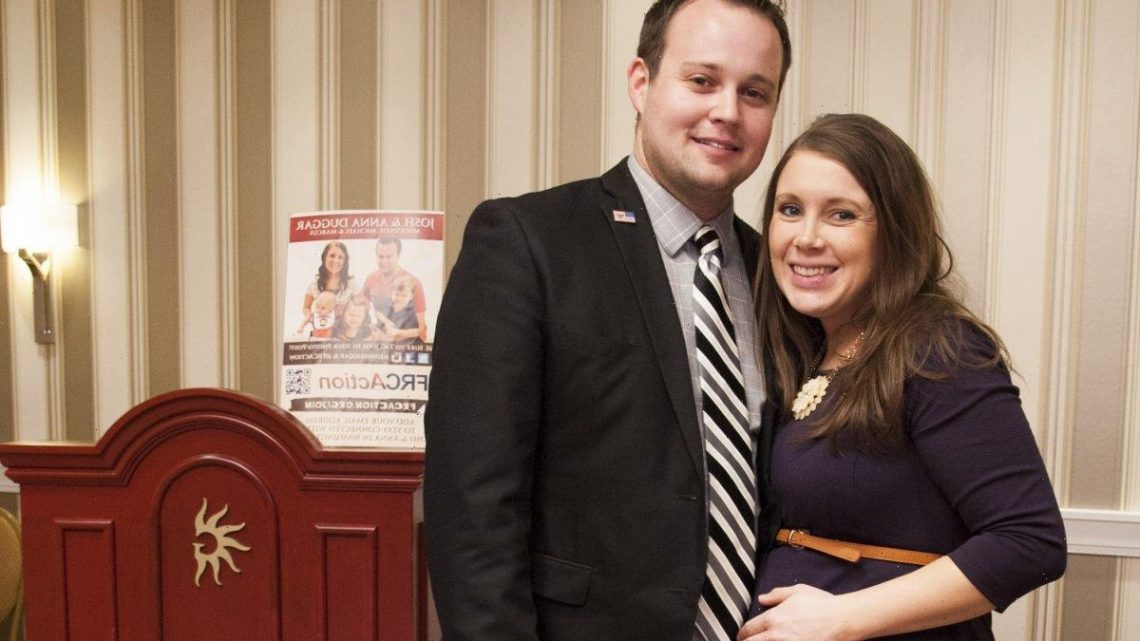 Josh Duggar’s trial ended in December 2021 with a guilty verdict, and Josh Duggar’s wife, Anna Duggar, stood by his side through the entire ordeal. Josh and Anna have seven children together, and despite a number of obstacles in the past, she’s always stayed with him through it all. Now, Josh remains in jail as he awaits sentencing. And Anna can reportedly no longer visit Josh in jail due to updated coronavirus (COVID-19) protocol. If Anna wants to call or email Josh, she has to pay a hefty price tag to do so.

After Josh Duggar’s trial and guilty verdict, Josh remains in jail prior to sentencing

Josh Duggar’s trial concluded with the jury finding him guilty for downloading and receiving child sexual abuse material. In April 2021, federal agents arrested Josh on suspicion of the crimes, and now that the trial concluded, a number of Duggar family members have spoken out about everything that happened. Joy-Anna Duggar, Jill Duggar, Michelle and Jim Bob Duggar, and others posted to social media about how they plan on helping Anna Duggar moving forward.

“The family prayed and prayed, but also braced themselves for the worst,” an insider from In Touch noted. “[Michelle Duggar] and [Jim Bob Duggar] are trying to stay strong, praying for Josh, [Anna Duggar], and their grandkids. The family is rallying, but some of the kids can’t forgive their brother Josh for what he did. They’re horrified that he didn’t get help sooner.”

Now, Josh awaits sentencing for the crimes. He currently resides in Washington County Detention Center in Arkansas in solitary confinement. When he receives his sentence, he’ll move.

Can Anna Duggar visit Josh Duggar in jail? She has to pay a price to email or take video calls with him

Can Anna Duggar visit Josh Duggar in jail while he awaits sentencing? It seems she cannot see Josh in person at all. According to The Sun, she can call him or email him — but that’s the only contact she can make with her husband at this time until his sentencing in court. All visits via the jail lobby kiosk are suspended due to coronavirus, the Washington County Detention Center in Arkansas confirmed with the publication.

While Anna can still call or email Josh, it’s not cheap. The Sun notes emails cost $5 for just one message, and video calls cost $0.25 per minute.

Duggar family follower Katie Joy, aka Without a Crystal Ball, posted an alleged video call log of Josh and Anna’s calls. Some of the calls are up to 30 minutes long, costing Anna nearly $8 per call. Additionally, Joy notes Anna has to schedule the calls up to 24 hours in advance. Joy also alleges Anna is the one initiating every call to Josh.

Does Anna Duggar think her husband is innocent?

Does Anna Duggar think Josh Duggar is innocent? Josh Duggar’s trial found him guilty, but Anna’s stood by his side in the past when he came forward for various wrongdoings. So far, she has yet to make a statement about her husband. And given how Anna and the Duggars were raised, it’s unlikely she’ll file for divorce.

A source told In Touch Anna continues to pray for Josh and lean into religion to get her through. “She’s leaning on her faith and is certain that it will work out the way it’s supposed to,” the source claimed.

How to get help: If you or someone you know has been sexually abused, text HOME to the Crisis Text Line at 741741 for free and confidential support.

Spoilers: Who will Alf choose in Home and Away – Martha or Marilyn?