Carol Vorderman wows with rear of the year in skintight denim

Carol Vorderman has been covering Lorraine Kelly’s morning chat show this week while she is off on holiday – and she’s causing quite a storm.

And it’s not just with her TV antics, appearing to flirt with showbiz correspondent Richard Arnold today, but with her explosive outfits.

Spotted heading into ITV Studios this morning, the 58-year-old certainly dropped jaws with her eye-popping rear of the year.

Flaunting her best assets, the former Countdown presenter opted for a flattering pair of skintight jeans that clung to her curves in all the right places.

Accentuating her figure, the blonde bombshell tucked in her fitted camouflage shirt and pulled in the waistline with a stylish leather belt.

Making her classic style more edgy she finished off the look with a shimmery leather jacket and killer heeled ankle boots.

Protecting her eyes from the glorious UK sunshine, she ramped up the glam in a blacked out pair of sunnies.

Looking like a beauty queen, she let her blonde locks fall straight around her shoulders. 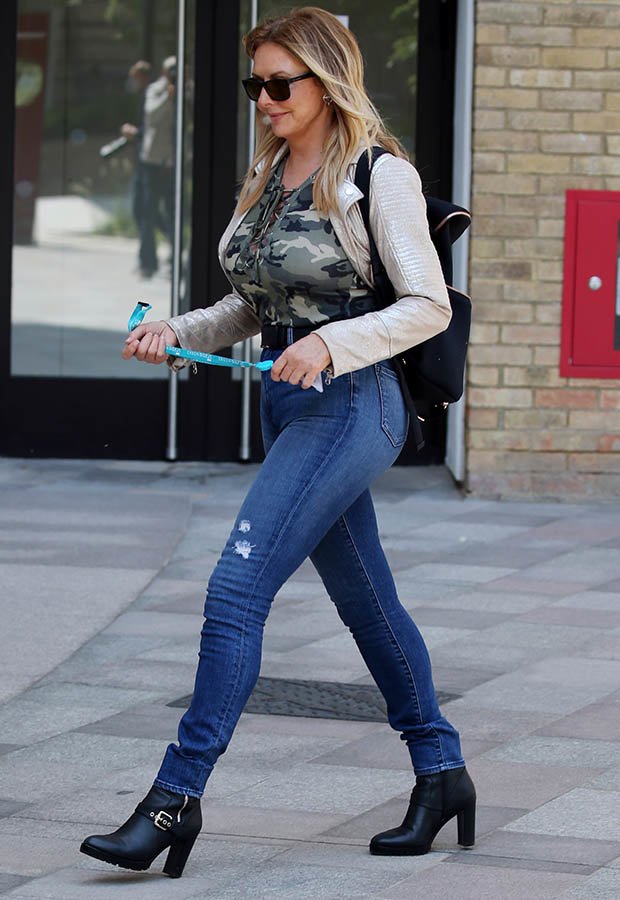 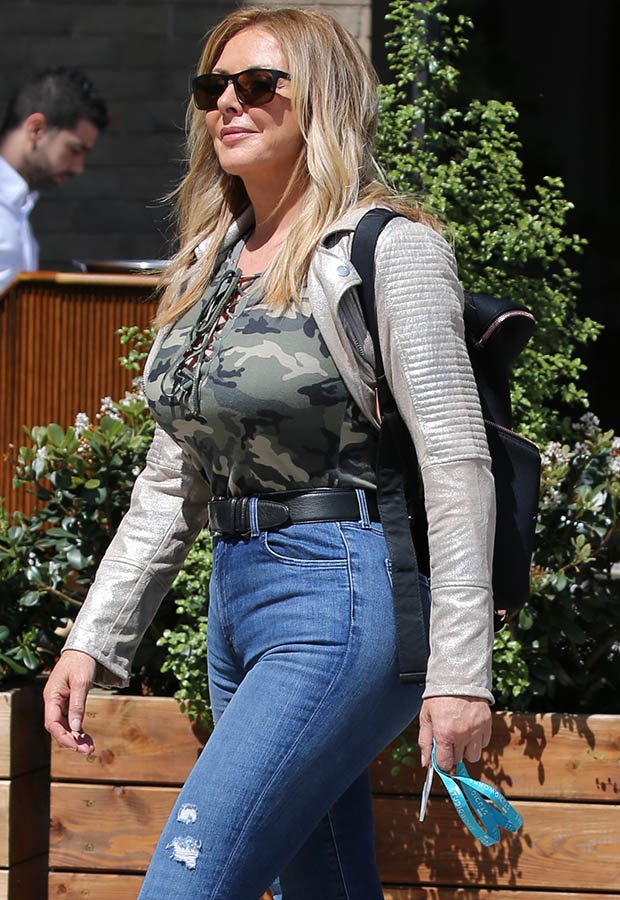 Keeping her makeup simple, she penciled in her defined brows and finished off with a light berry lipstick.

Spilling all, she said: “So I was in the dressing room this morning and then I just hear, ‘Can I have your babies Richard?’”

Richard blushed, responding: “Me and Carol have been involved for a while. 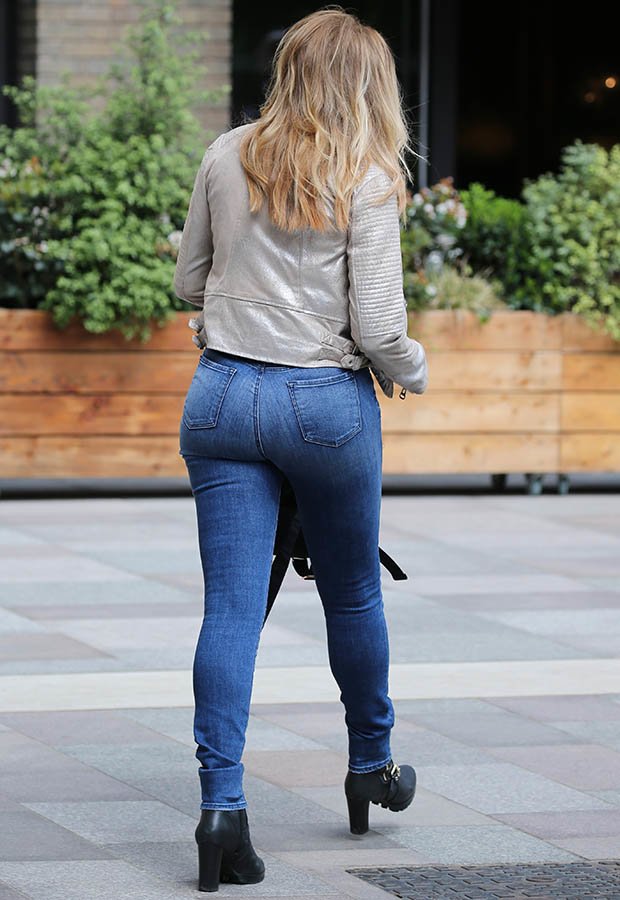 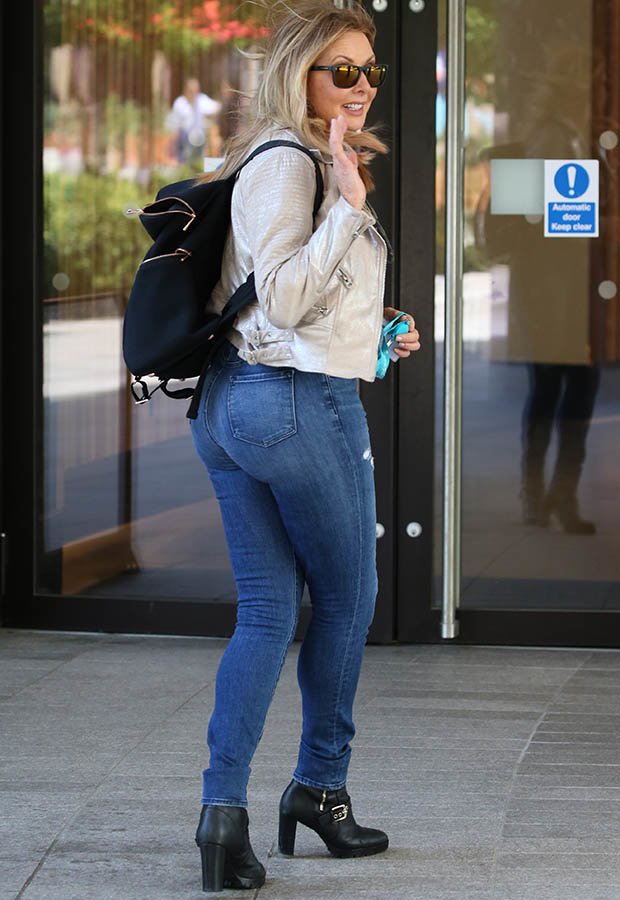 “If we go out to dinner, she can do the maths.”

Talking about Ms Vorderman’s love life, it has been reported that she is single and appears to want to stay that way.

In a recent interview with Women & Home, she opened up about her opinion on relationships.

Speaking frankly she said: “It’s not about finding someone, it’s about women, freedom to say, this is my choice, some people want to find next Mr Right and settle down and get married. We don’t all want that.”