Amanda Holden, 48, showcased her toned physique as she put her pins on full display in a floor-length gown for the ITV series of Britain’s Got Talent. The talent judge looked sensational in a mesh number which left very little to the imagination with only red and silver sequins covering her modesty. The asymmetrical dress, also featured a thigh-high split which showed off her elongated pin with a dramatic train. In view of her one million followers, she captioned the post: “My favourite week of the year is back!

“It’s the first of the LIVE shows tonight! Our semi-finalists are ready to WOW you with their talent. #BGT on @itv now.

One person said: “The most beautiful girl on TV.”

Another person commented: “You look gorgeous. I’m watching the show right now and I want to tell you that it’s brilliant.”

While a third person added: “Cue Amanda Holden wearing less & less as the week goes on.”

Her post comes after the blonde bombshell was forced to apologise after she dropped the F-bomb during the live semi-finals of Britain’s Got Talent. 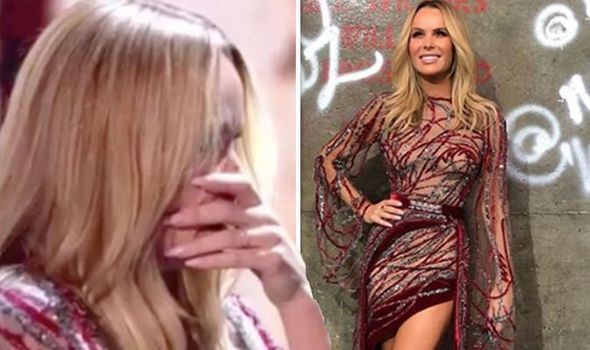 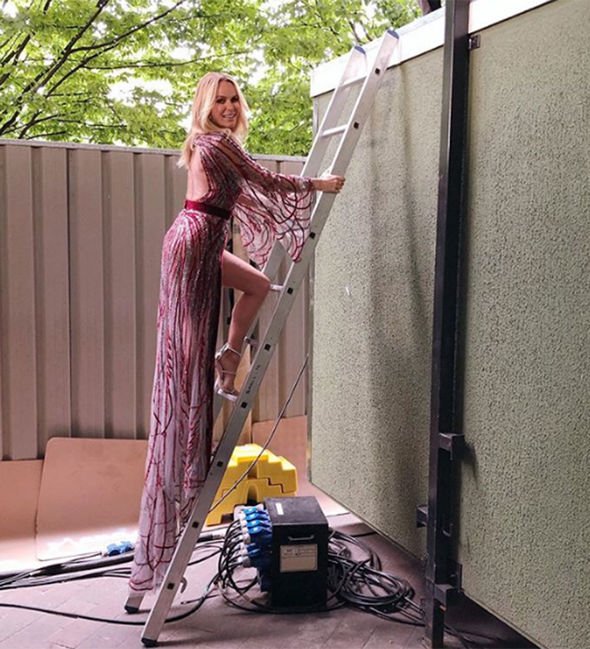 Amanda was asked to take part in The Haunting’s audition where she appeared extremely scared.

The talent judge was confronted with the horrifying tale of Agatha whose daughter had died.

As Amanda learned more about Agatha’s daughter’s death, she was led to a room below the stage where she was met by the ghost of the girl.

Clearly shaken, the judge screamed: “F**k!” before covering her mouth.

A stunned Amanda was quick to apologise to those tuning in at home for swearing before the watershed, as she said: “Sorry.” 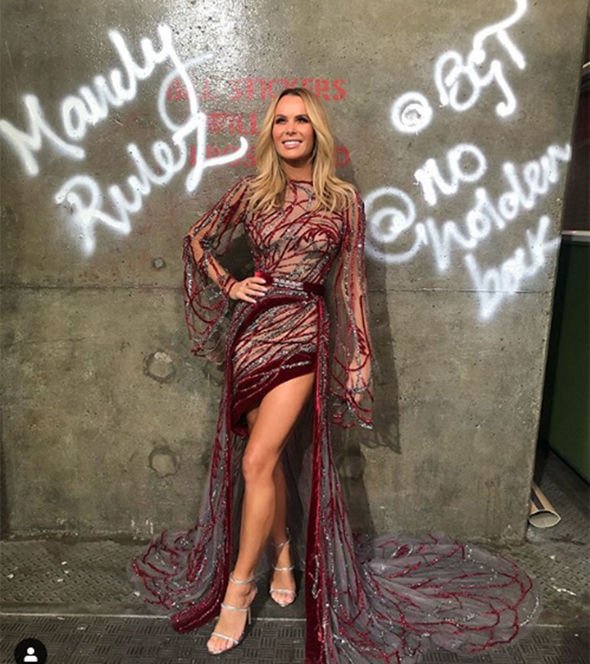 Meanwhile the night was full of surprises as her co-star Alesha Dixon, 40, announced she was expecting her second child at the start of the show.

The former Mis-Teeq performer told presenters Ant McPartlin and Declan Donnelly she was “over the moon” after the pair cheekily announced the pregnancy during the introduction of the show.

She said she was “very happy” as her fellow judge David Walliams joked the baby was really his.

The star admitted she was happy to celebrate the news during the live semi-finals of the competition.