Bill Buckner, an outfielder and first baseman whose long, solid career was overshadowed by an infamous error that cost the Boston Red Sox Game 6 of the 1986 World Series against the Mets, who went on to win the championship, died on Monday. He was 69.

His death was confirmed in a statement by his family and shared on Twitter by the ESPN reporter Jeremy Schaap. The statement said Buckner had Lewy body dementia. 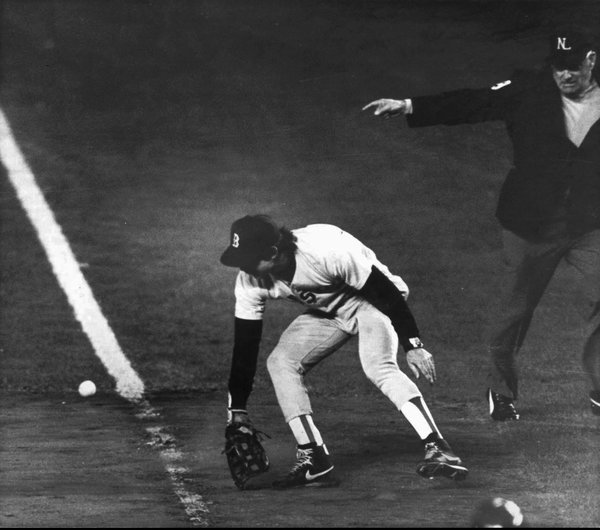 Buckner was dependable at the plate, registering a .300 batting average in seven seasons and accumulating 2,715 hits and 174 home runs during his two decades in the Major Leagues. He won the National League’s batting title in 1980 and was an All-Star in 1981, when he was with the Chicago Cubs.

Buckner spent many years with the Cubs and the Los Angeles Dodgers before joining Boston in 1984. He began his career as a speedy outfielder, but he had a bad ankle injury in 1975 and eventually became a full-time first baseman.

It was as a first baseman that he made the mistake that would haunt him for ever after. Boston, facing the Mets, was looking for its first World Series championship since 1918.

It was the bottom of the 10th inning at Shea Stadium in New York, and the Mets had scored two runs to tie the score, 5-5, with Ray Knight on second base. Mookie Wilson hit a slow roller up the first base line off reliever Bob Stanley, and it bounced between Buckner’s legs and into the outfield. Knight dashed home, and the Mets went on to win the Series in the seventh game, continuing Boston’s long dry spell, to the bitter consternation of Red Sox fans, and cementing the most amazing Mets season in memory.

Buckner told The New York Times in 2011 that his error was, unfortunately, unforgettable.

“You can never really forget it because it comes up all the time,” he said. “I’m a competitive guy, so it’s something I didn’t enjoy. But for some reason, the stars were all lined up just right for the Mets that year, and here we are, 25 years later, still talking about it.”

A complete obituary will be posted soon.