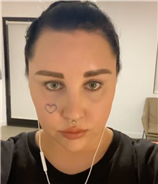 Weeks ago, Amanda Bynes filed to end her conservatorship after years of having little real control over her life.

For the first time in a long time, she is addressing longtime fans and taking solid steps towards getting things back on track.

She and her fiance are also planning for what comes next.

As soon as the conservatorship is out of the way, they can finally live together — so they’re going househunting.

Amanda Bynes’ attorney, David A. Esquibias, spoke to TMZ and other outlets about his client’s current project.

The former child star has been looking at various properties in and around Los Angeles.

While the housing market can be brutal at the moment, she has found an ideal place.

The location, in a very private neighborhood, is ideal for someone of her fame and obvious public interest.

It also happens to be just a short distance from the ocean.

While Amanda is looking forward to moving in, she isn’t just yet.

It’s not a lack of eagerness, it’s that she can’t.

Once the conservatorship is dissolved, she will be free to live where she chooses.

These days, Amanda cannot even live with her fiance, Paul Michael.

She resides at a sober living facility that only allows women.

While that might work very well for a number of the women who live there, it obviously makes things very difficult for others.

So when Amanda and Paul move into these new digs, it will be their first time actually sharing the same roof.

Make no mistake, they already spend as much time as they can together.

But we all know that it’s not the same when one person’s freedom is dramatically limited.

In 2013, Amanda Bynes was placed under a conservatorship, with her mother at the helm.

She had, for years, exhibited headline-making worrisome behaviors.

However, her parents fully endorse her filing to end the conservatorship and reclaim her fundamental human rights.

Apparently, Amanda has not had a real sense of normality in the better part of a decade, if not longer.

Only very recently has she begun to feel a sense of personal stability.

She would like for her life to be more “normal” … and that involves ending the conservatorship.

We here at THG have reported on Paul Michael for years.

While partners who are both sober can be a recipe for success or for disaster, clearly, they hit things off.

Some were alarmed when Amanda announced her engagement to Paul on Valentine’s Day of 2020, just months after they met.

People worried that he might be taking advantage of her. Others simply feared that they were both being impulsive.

However, they seem to be solidly still together, and so far, there’s no evidence that Paul is anything but a decent guy.

“What’s up Instagram. Amanda Bynes here. My court date is coming up in two weeks,” she shared.

Amanda added: “I want to thank you all for your love and support. Peace out.” We continue to wish her the very best.

Expect the Unexpected: Why This Beauty Content Creator Is Here For Experimental Trends

We were £57k in debt three years ago – now we've made six figures & paid off our mortgage, here's how
Entertainment