Home » Fashion » We were £57k in debt three years ago – now we've made six figures & paid off our mortgage, here's how 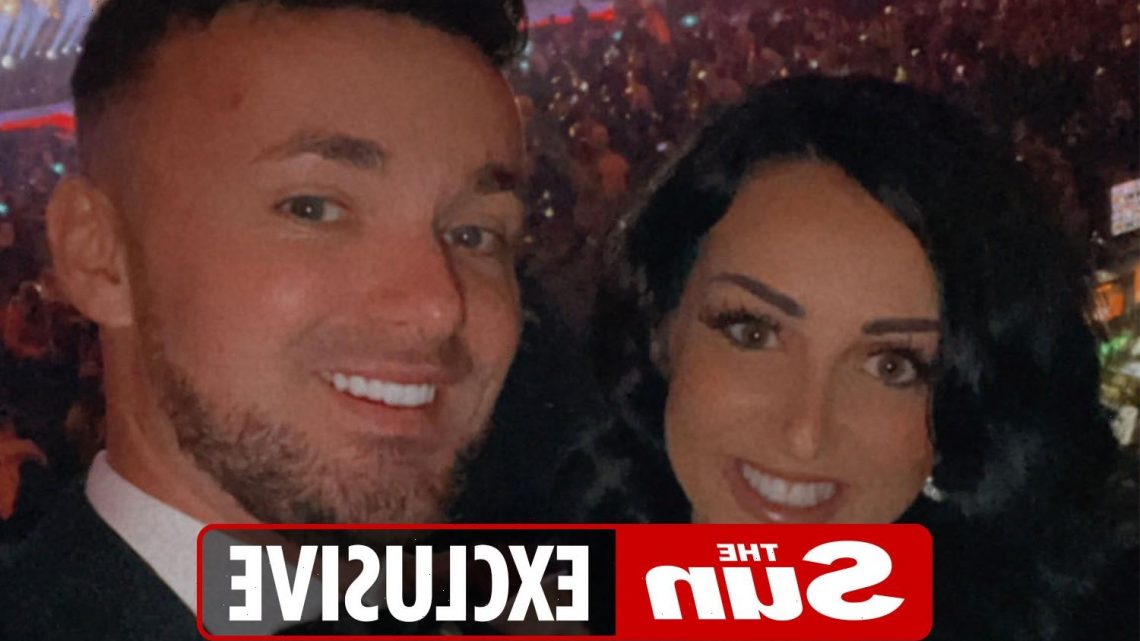 We were £57k in debt three years ago – now we've made six figures & paid off our mortgage, here's how

LOOKING at the mountain of paperwork in front of her, mum-of-two Cat Keenan's heart sank. 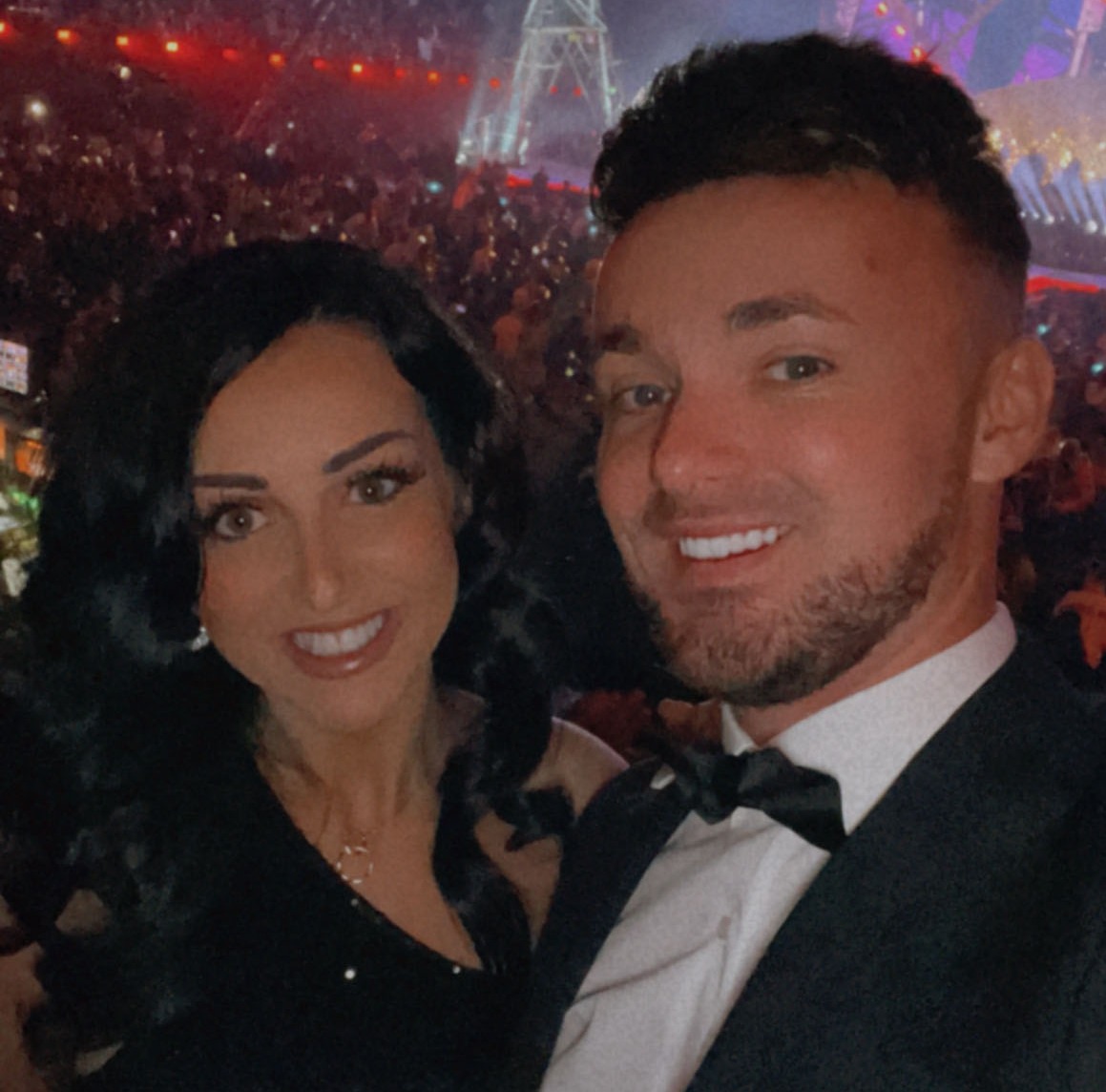 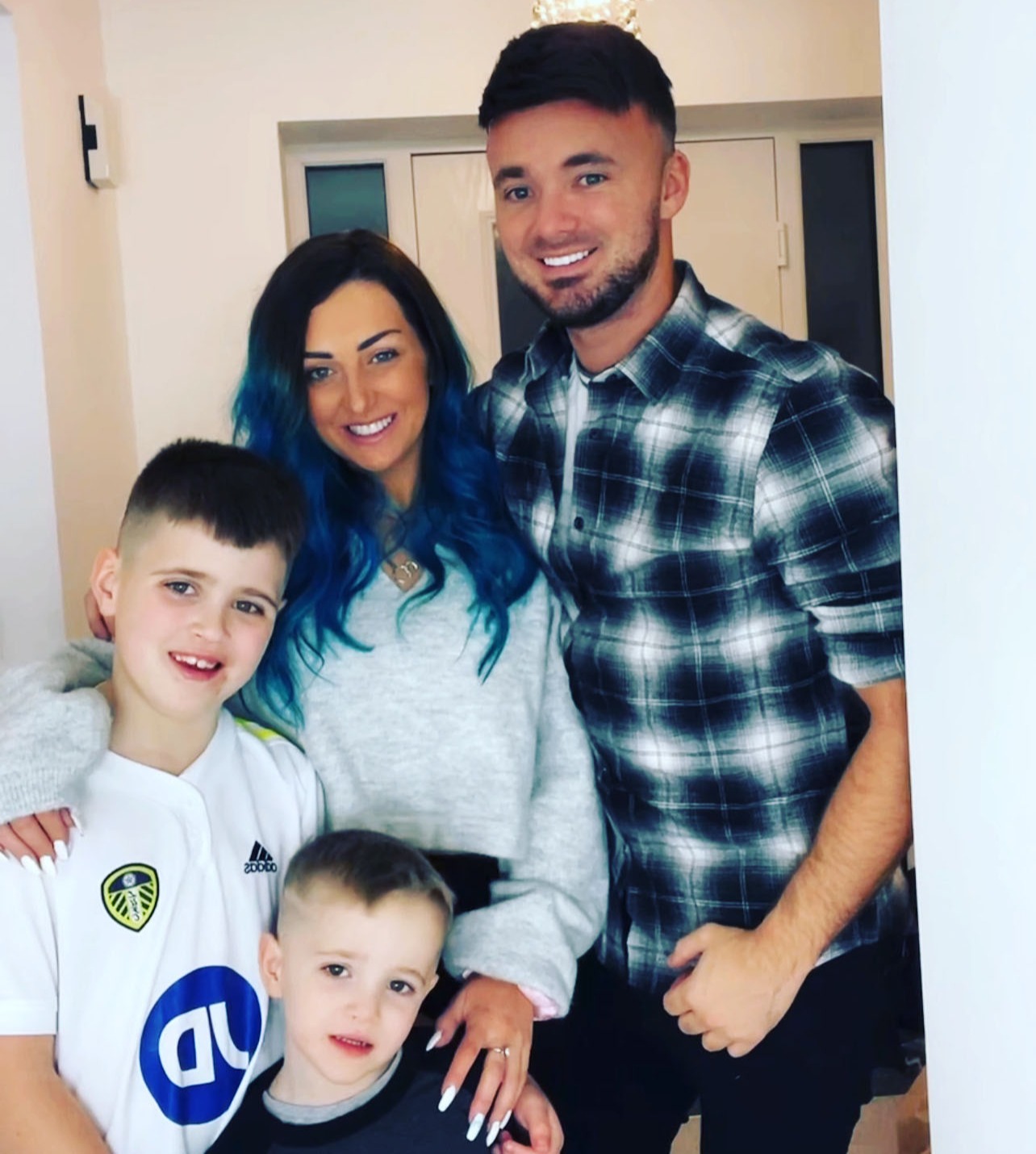 Things went from bad to worse when lockdown hit and Cat's work dried up overnight.

But the quick-thinking couple joined TikTok and now rake in six figure salaries, allowing them to clear their debts AND pay off the mortgage on their four-bed home.

Cat, now 31, tells Fabulous: "When lockdown hit, I literally had nothing. I was only earning about £1,000 a month, then suddenly my job was gone."

Meanwhile Shaun, 30, was working for Parcel Force in sales, with a base salary of £31,000 and a performance-based bonus, admitting he was "always chasing the massive sale but it never came off". 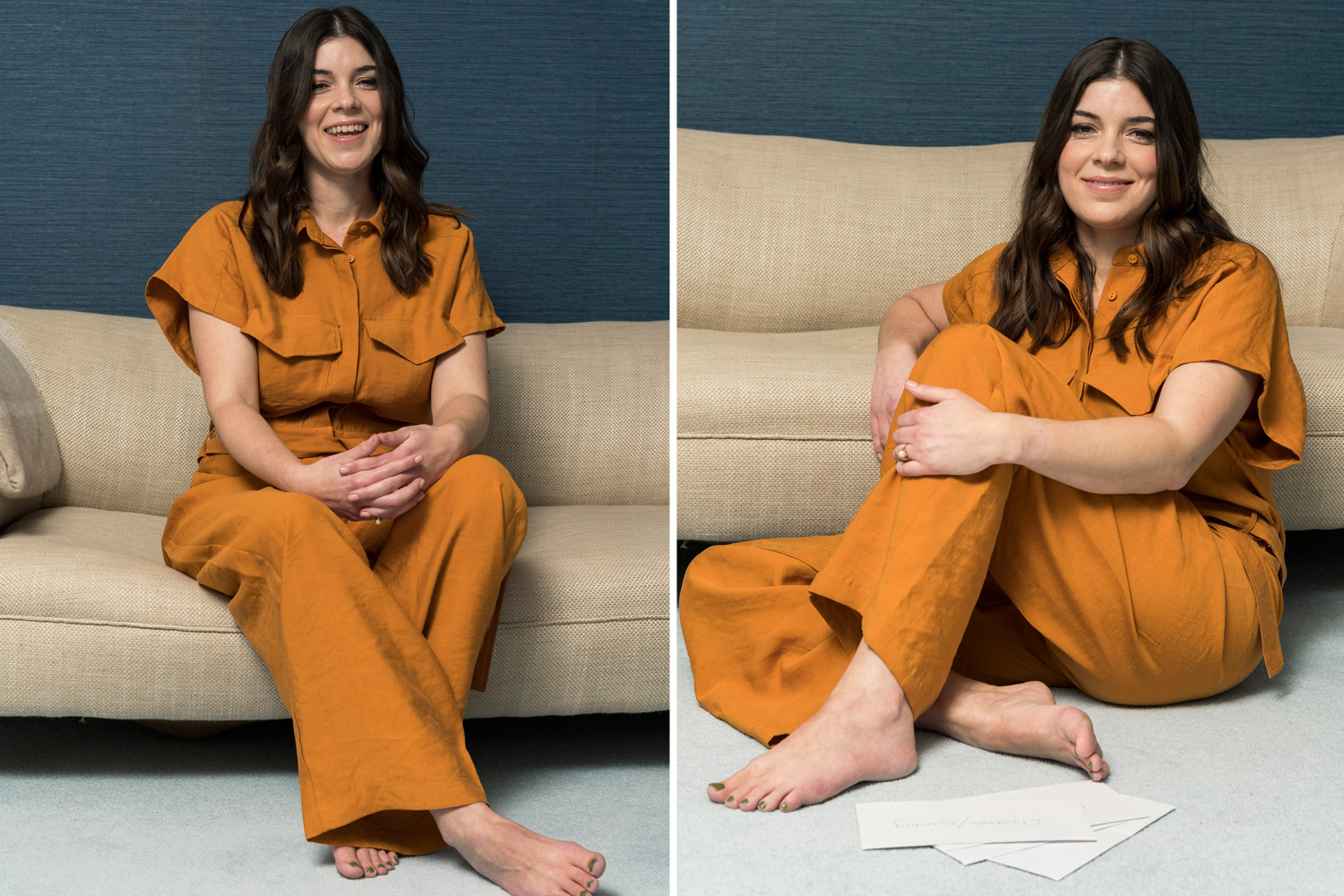 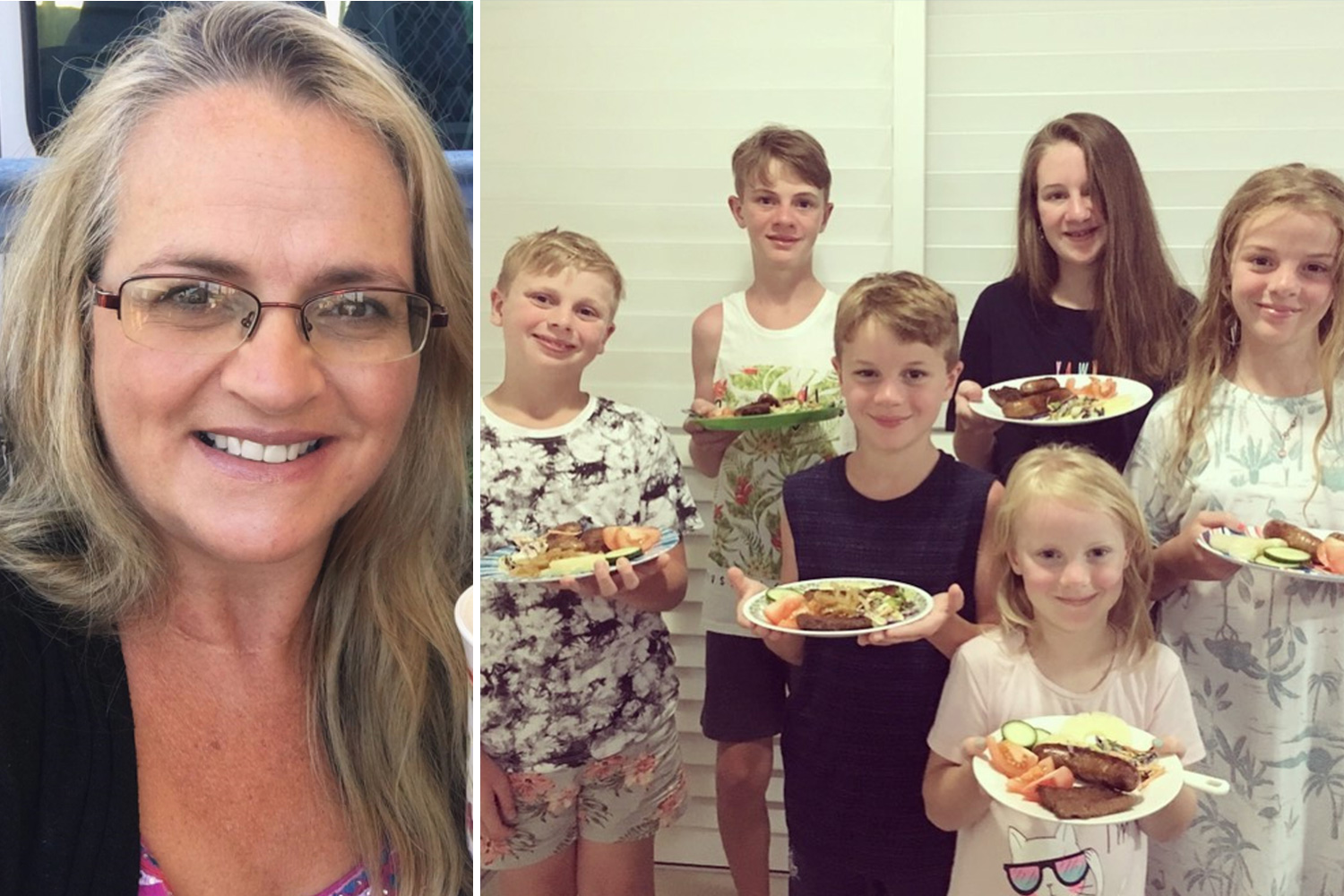 The couple met in October 2014, at a bar in Chepstow, Monmouthshire, and moved in together in January 2015.

Shaun helped to raise Cat's son Tommy, now nine, and they went on to have Leo, four, together.

But they soon racked up spiralling debts. Shaun says: "We fell into a trap. I was quite young when I took out my first loan, maybe 24.

"I'd get a loan to buy something but then the company would offer me more and I'd think 'I'll take that because it will pay my rent for six months'.

Mum shows off son’s first haircut, but his car seat has got people talking

I’m a dermatologist & I only wash the ‘three Ps’ – privates, pits & piggies

"The interest racks up and then you’re in a hole you can’t get out of, although you’re digging and digging."

"We were young when we got together, I had a toddler and Shaun had just left uni, so we had nothing and even buying a sofa was a big hit.

"Then you’re paying back that sofa, forgetting you’ve got rent and bills to pay on top. It just all adds up, it’s crazy.

"It was quite a scary time, we felt like we were never going to get out of debt. You couldn’t see the light at the end of the tunnel.

"At the worst point, I was pregnant with Leo and was worrying ‘how can we afford childcare?’ I ended up having to leave my part-time job at an insurance brokerage.

"That's how the dog walking business started, I needed a job where I could take Leo with me.

"I also worked as a cleaner and had a couple of clients who didn't mind me bringing him along."

It was quite a scary time, we felt like we were never going to get out of debt. You couldn’t see the light at the end of the tunnel

Shaun adds: "Over the years, we had four different rental properties and every time we moved, I'd take out a loan for the £2,000 deposit.

"Then we'd lose that cash when we moved, because the kids had marked the walls or the dogs from Cat's business had messed up the garden.

"When you're paying off interest, you don't even know where your money goes." 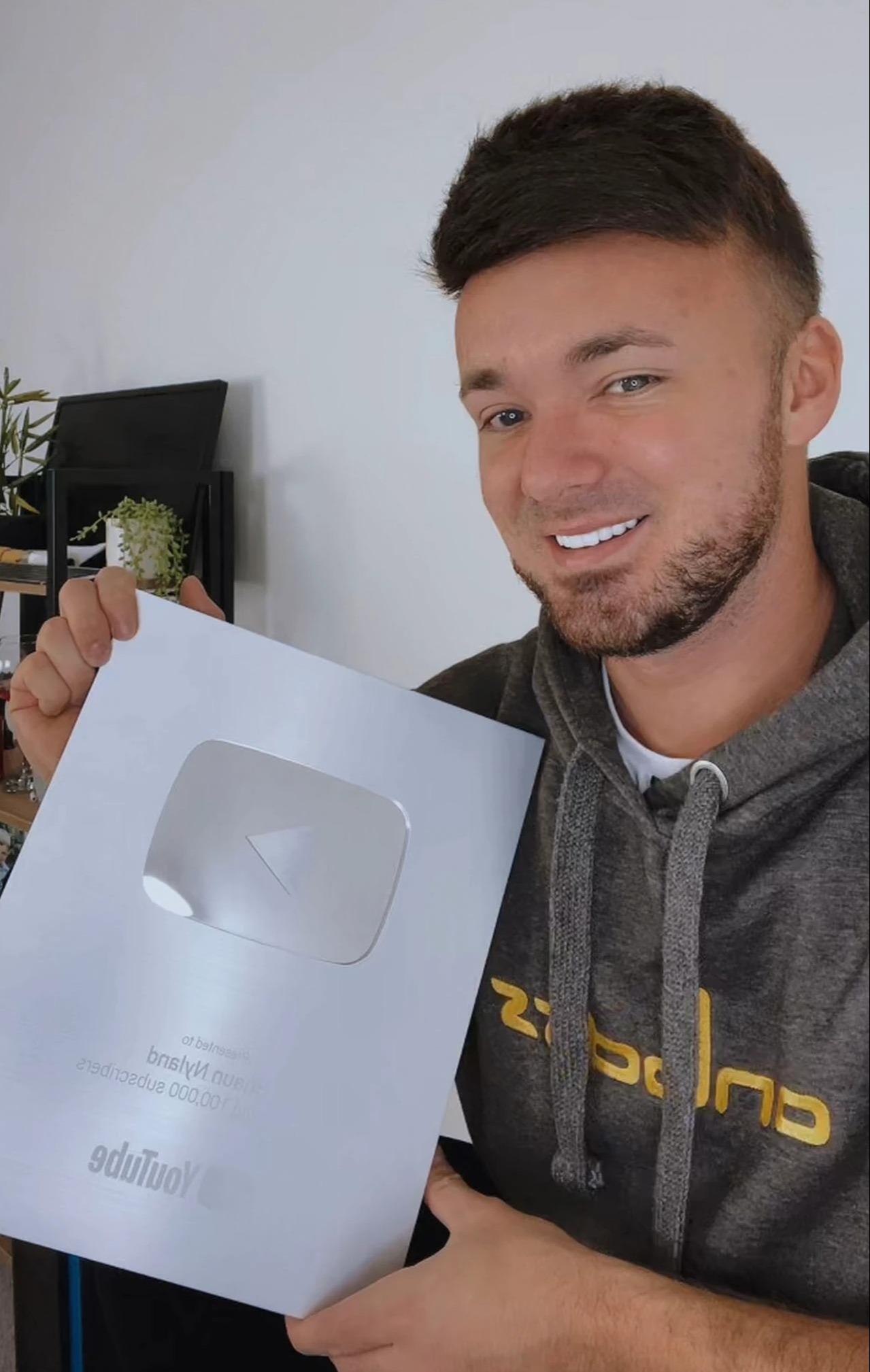 Then in September 2019, Shaun joined TikTok – with Cat following suit a month later.

He says: "It started out as a joke, we never expected anything to come of it.

"It was stupid stuff like that but people found it funny. During lockdown, everyone was at home on their phones, so it started picking up for us.

"I stayed in my job to make sure it wasn’t a quick bit of fame, working from home until September 2020.

"Then I got a big deal with Bang Energy, which was a guaranteed income, so I went for it."

We fell into a trap. I was quite young when I took out my first loan, maybe 24. The interest racks up and then you’re in a hole you can’t get out of, although you’re digging and digging

The couple, who bought their first home with help from family in December 2020, also run "factual parody" pages, which is where Shaun makes most of his money.

He says: "I grew my income through affiliate marketing. In the middle of each video there's a five second ad saying ‘by the way download this app’.

"Every time someone downloaded that app, I’d receive a small fee. When you get 3m views a day, that adds up very quickly.

This wasn't the couple's first foray into social media. Shaun says: "We’d tried so many things. We were so in debt and desperate to get out of it.

"You know when you scan the barcodes in B&M and sometimes things are 10p?

"Me and Cat were going round every B&M looking for these 10p rugs and trying to sell them for £10 on Facebook Marketplace.

"We’ve always dabbled in social media. When we were going round scanning things in B&M, we would take photos of things which were on the shelves and post them on Instagram.

"I didn't earn much money from it but I thought 'there’s got to be a business in here somewhere’.

"So I started learning about social media, saw TikTok was getting big and set up my account.

"If you want something, you should go for it. I was working 12-hour days and I still found the time to make silly videos on the side, because it’s what I wanted to do." 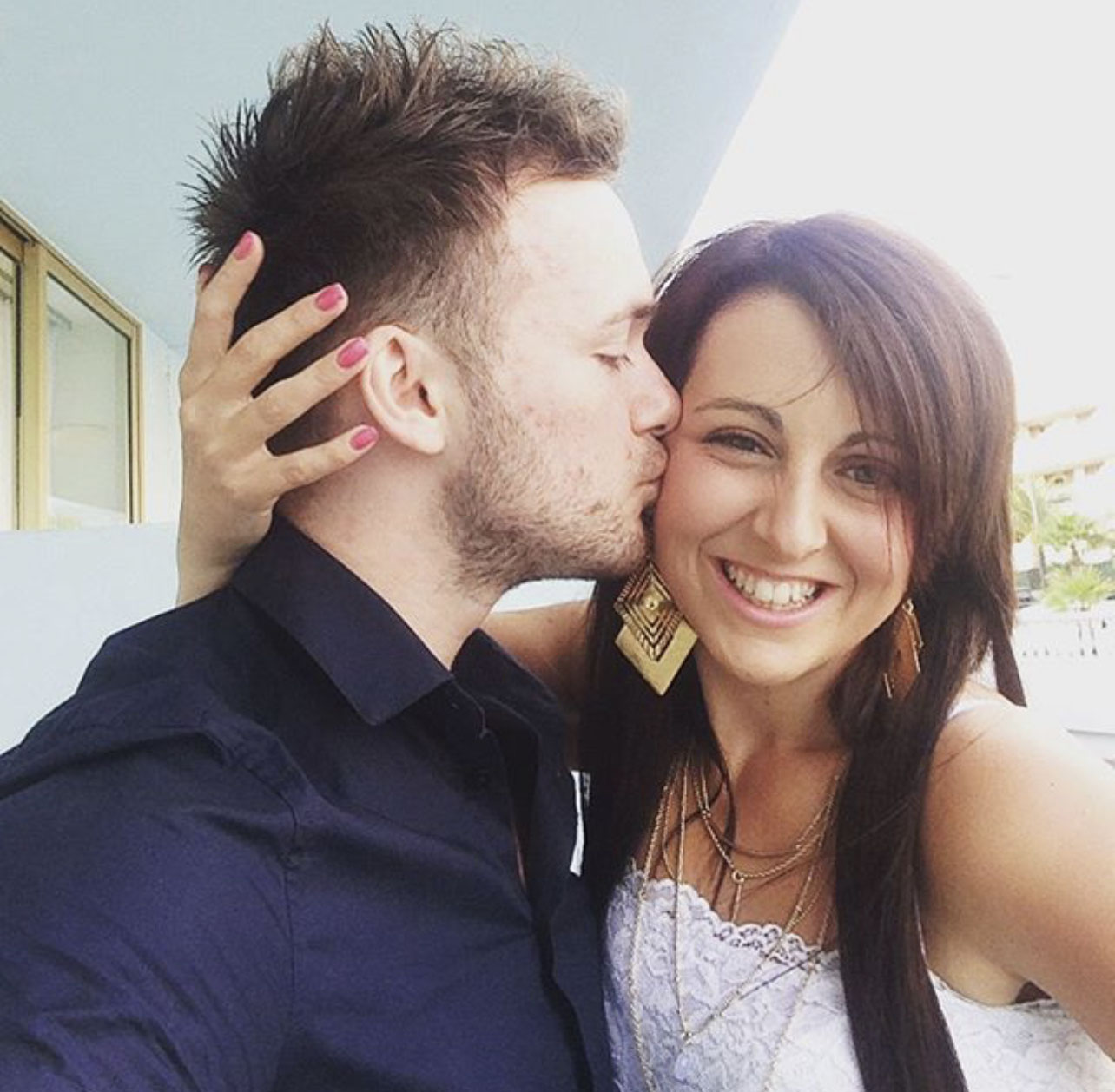 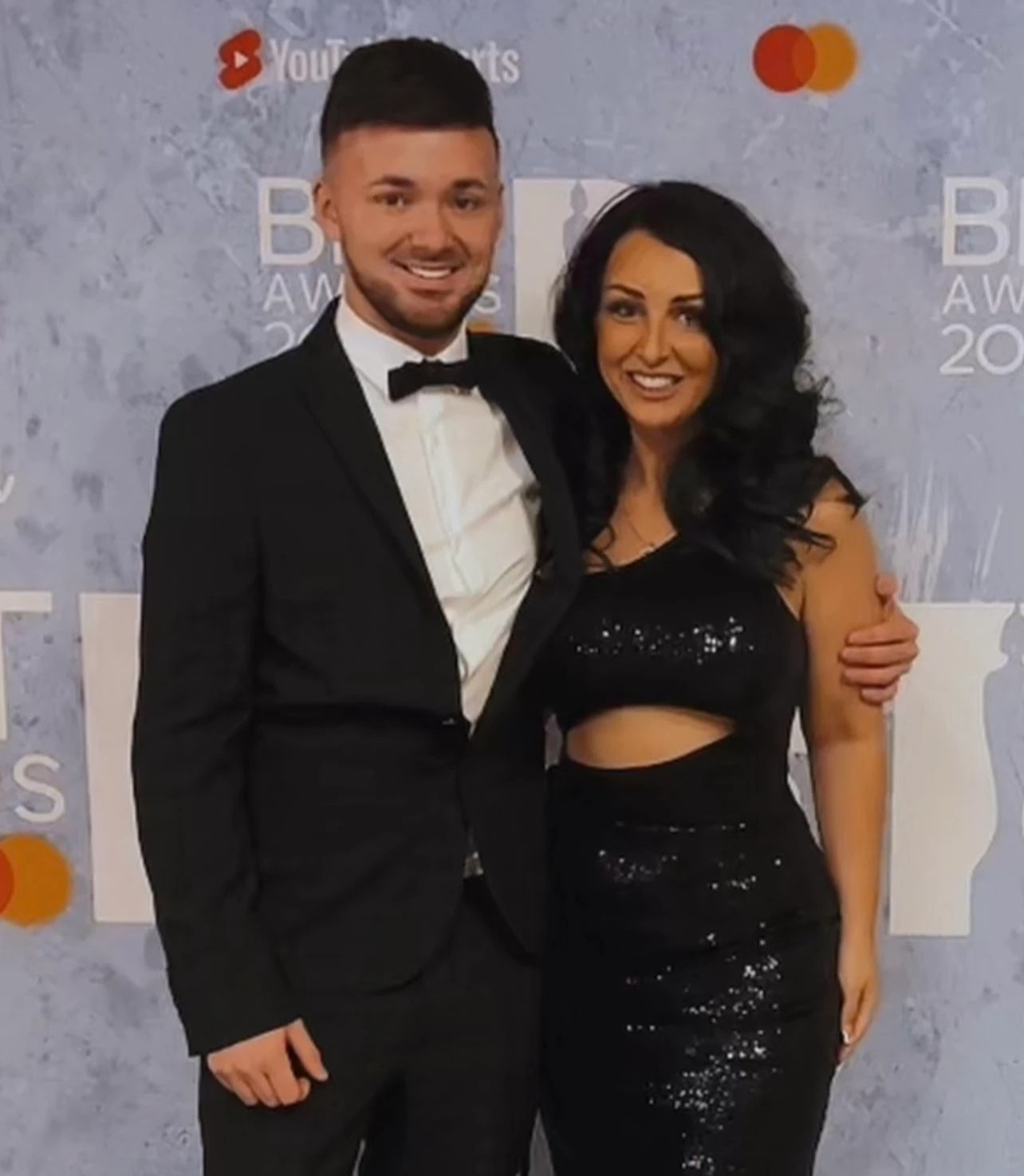 Although their online profiles were flying, the couple's romantic relationship was going in the opposite direction.

Cat says: "My feelings for Shaun had gone. It was lockdown and we were working together.

"We never did our own thing, we were spending so much time together and it became more like work colleagues or a friendship than a relationship.

"You forget to appreciate and do nice things for each other."

Shaun adds: "Everything revolved around work, we wouldn’t have a conversation which wasn’t about making videos together.

"We were in a rocky place for a few months, when we weren’t really together and I was sleeping downstairs in my office.

"Then in April 2020, I moved out and went to live with my parents. We spent four or five months apart, only seeing each other at the weekends for two minutes while dropping Leo off."

With Cat now a single mum raising two kids during a pandemic, she stopped filming social media videos. Once again, she was left struggling to pay her bills.

Shaun says: "Our TikToks were already going through a bad patch with followers dropping off. Then we split and Cat just stopped posting.

"Her business went to nothing, while I was doing quite well in the background because of the app stuff."

Cat adds: "I bought a Range Rover on finance as an impulse buy at the start of my TikTok career. That was a huge outgoing.

"Eventually I got rid of that car and bought a cheaper runaround. I was gutted but I didn't have a choice." 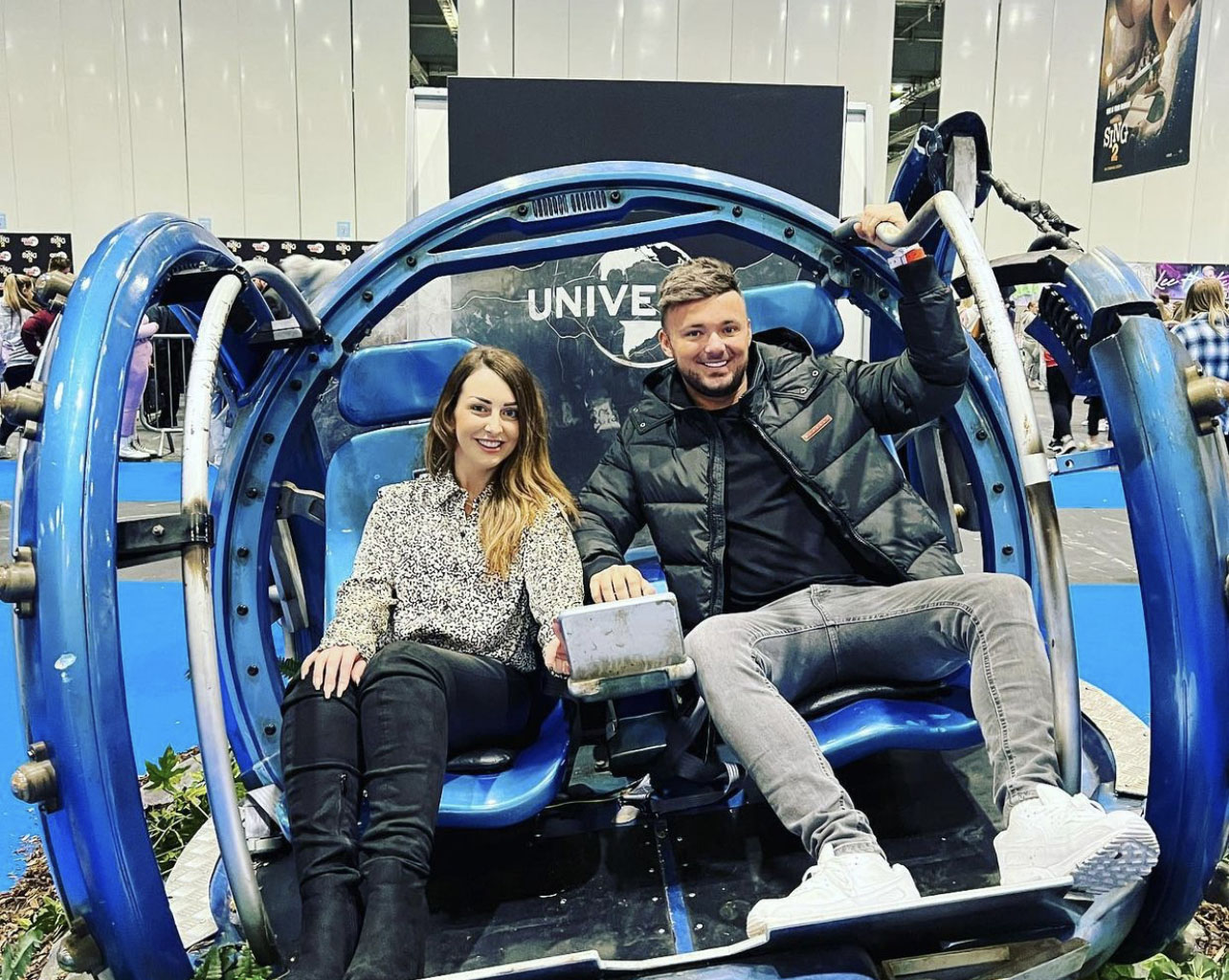 On a mission to get Cat back, and basking in the success of his TikTok business, Shaun surprised Cat on her birthday by paying off her mortgage (a six-figure sum) last October.

The mum started filming with her ex again and saw her TikTok take off in the same way Shaun's had.

He says: "Social media had been doing well for me for a while, but when I paid off Cat's mortgage and we started filming together again, things went up.

"It's been crazy the amount of deals Cat has got in the last seven months.

"After we'd been working together for a while, we were getting all these comments saying 'get back together' and asking what was going on.

"On New Year's Eve, Cat sat me in front of the camera and said ‘right we’re going to explain everything that’s been happening for the last six months’.

"Right at the end, she asked me to be her boyfriend. She tricked me into getting it on camera.

"I'd always joked ‘if we get back together you'll have to ask me, because you dumped me, I’m not asking you again’ – and she did it."

Cat says: "I’d seen a different side to Shaun. He was that fun person I’d fallen in love with again.

"I felt like more effort was being made, even though we weren't together we were doing days out as a family.

"Before I felt like I wasn't loved. Even though he always said he loved me, I think it is about being shown."

People say ‘TikTok isn’t a job, you just make silly videos’ but you can make a business out of it. I’m not saying everyone has to join TikTok but if you've got a dream, go for it

Cat's income rocketed over the past six months – thanks to brand deals with the likes of Nike, Smyths Toys and Universal Music – meaning the couple have managed to clear their debts.

She says: "Each month I'd make sure all my bills were paid, then I'd keep back the amount I needed to pay the interest on my debts.

"After six months of doing that, I've been able to pay them off in lump sums. It feels amazing, now I'm saving money too.

"I am going through legal action with some of the companies, because they gave out loans I had no means to pay back. I've won one dispute and another is going through court at the moment.

"I know a lot of people are suffering with the loans companies giving out loans to people who can’t afford it, so I want them to know you can appeal it.

"Luckily we’ve been given this career path and it’s worked out in our favour. It’s been life-changing.

"The debts are a lesson learned for us moving forward and something to teach our children. We want to support others going through a similar thing – show you can turn it around."

Shaun adds: "We also want to tell people to follow their dreams.

"People say ‘TikTok isn’t a job, you just make silly videos’ but you can make a business out of it.

"We’re planning and researching and looking at strategies, it's a lot more than me grabbing a camera and being silly.

"We always say ‘I can’t believe how far we’ve come’. I want to show people, you can do this too.

"I’m not saying everyone has to join TikTok but if you've got a dream, go for it. This has been an amazing year for us."