RYANAIR passengers were forced to miss their flight after the airline announced the gate number just 25 minutes before departure – despite an hour long wait at border control.

Many passengers were unable to make it to the flight on time while others went through without having their passport checked again at the gate. 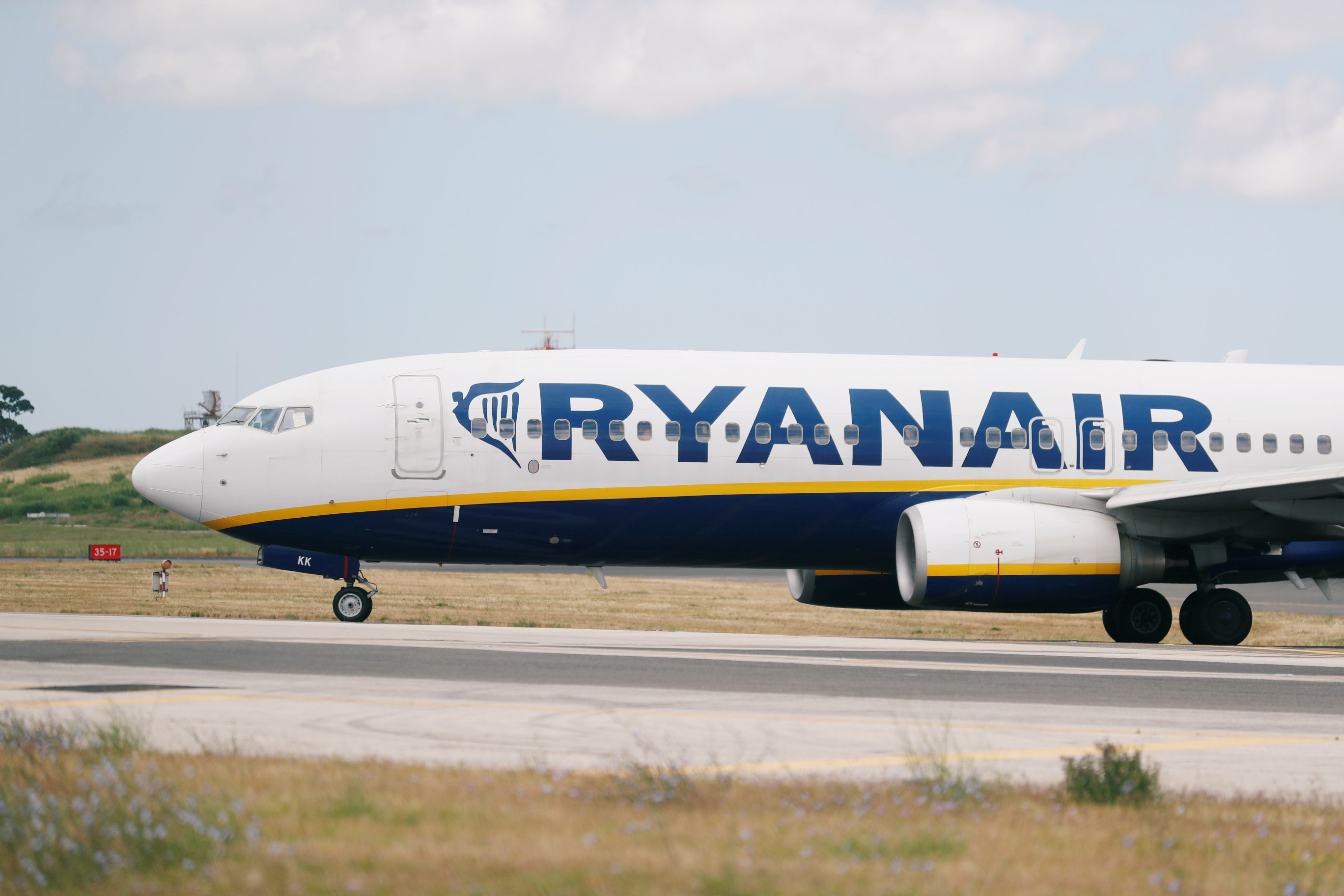 Ryanair passenger Hunter DuBose, who was on flight FR1883 from Lisbon to London Stansted explained the late announcement caused "chaos" at the airport as travellers rushed to get through the additional checkpoint.

However, many were not made aware of the additional passport security checks.

He wrote: "Passenger safety and aircraft security compromised due to Ryanair incompetence.

"Departure gate announced only 25 minutes before the gate closed and on the other side of a passport checkpoint that was easily an hour long.

"There was no warning before the gate was announced that we would have to pass through that particular passport checkpoint."

He continue: "I had to band together with 20 other passengers from the same flight to skip to the front of the queue.

"Upon arrival at the departure gate, there was a stampede of passengers all panicking about potentially missing the flight.

"Your gate agents lost control of the situation and were also panicking."

He also noticed a passenger get past the gate without being checked by Ryanair staff.

Hunter said: "I witnessed at least one individual slip past the gate without showing a passport or boarding pass. 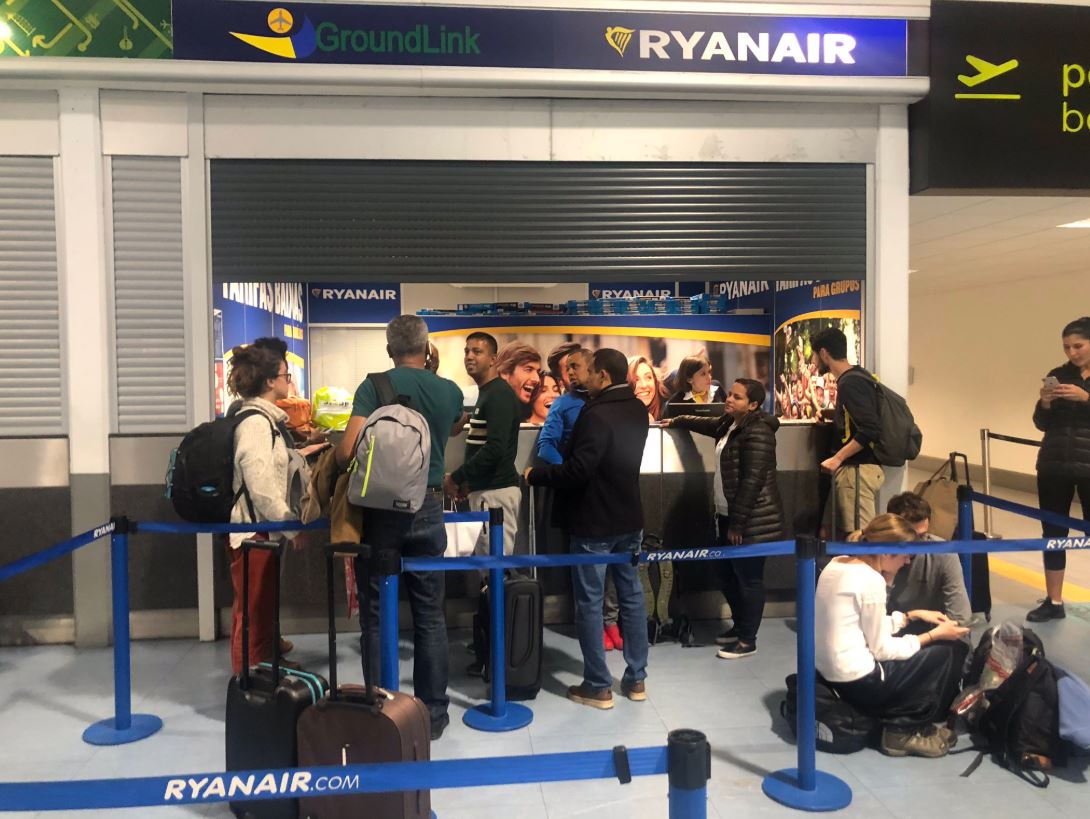 He added to Sun Online Travel that passengers were in a "state of panic" as well as the Ryanair gate agents.

Hunter said: "They certainly couldn't be bothered to explain why they announced the gate so late that there wasn't enough time to get there before it closed without taking extraordinary measures like skipping to the front of the passport control queue.

"I assume that they announced it so late because our plane was late arriving in Lisbon. But this is really something that Ryanair should answer."

While Hunter was one of the passengers to make his flight, others were not so lucky.

A passenger, who wished to remain anonymous, told Sun Online Travel that he missed his flight, only to be forced to pay for a new flight and overnight accommodation.

He explained: "Airport immigration were understaffed with two people working and Ryanair announced the flight gate 25 mins before boarding before leaving. 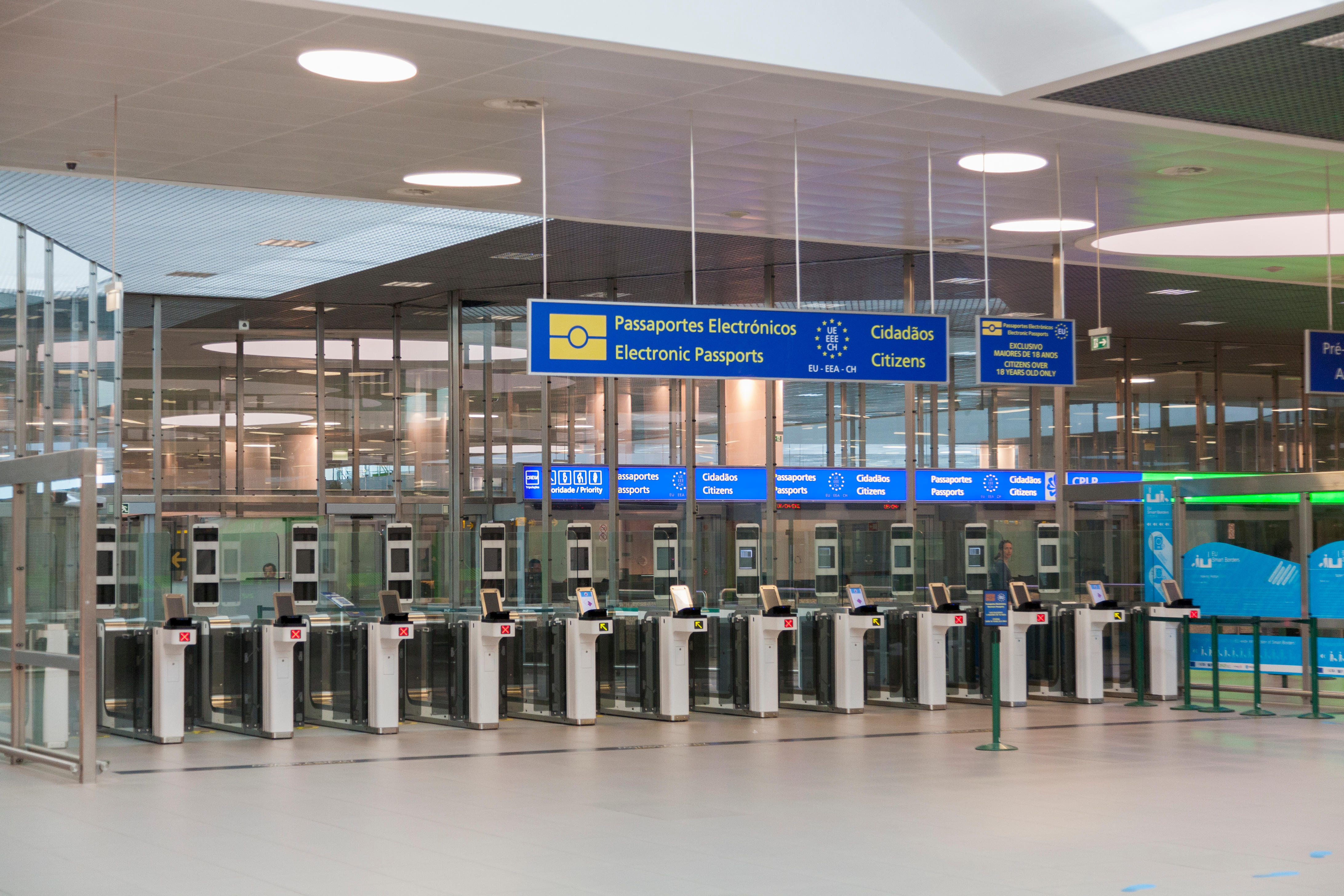 "We were in a queue the length of the airport we were assured by airport staff that we’d make the flight as airlines would wait."

However, he said that the immigration queue was still long even when final boarding was announced, with Ryanair passengers unable to be bumped to the front.

Passengers were even sent to the wrong terminal and were given no advice on what to do after the flight had left.

He claimed there were 15 passengers who missed their flight were then forced to pay for overnight accommodation and a new flight.

He added: "We are now on an EasyJet flight this morning. Many of us have missed important engagements and work."

Jenni Murtagh's family were also unlucky tweeting: "@Ryanair left my sister and 15 others stranded in Lisbon, despite being checked in and scanned through security at the airport, because of understaffing immigration led to massive queues that wouldn't let anyone through.

"They made it to the gate, plane still there, 'too late'."

A report last year found 11,000 passengers missed border control when arriving in the UK after they were sent the wrong way.

One woman even managed to get onto a flight with no passport or ID, prompting a security scare.

A group of Ryanair passengers were 'deliberately locked in the airport stairwell' earlier this year before the plane took off – with their bags on board.