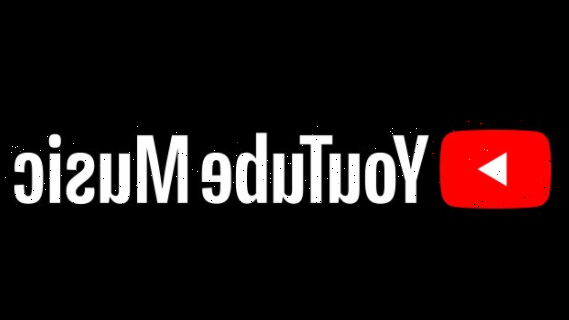 In a remarkably rapid growth surge, YouTube’s Music and Premium services now have more than 80 million paying subscribers combined, a rep informs Variety — up a whopping 30 million from the 50 million the company announced in September of last year.

It’s a dramatic leap, especially for a platform where so much can be had for free, and would seem to place YouTube — which is already the No. 1 overall streaming platform for music worldwide — as the world’s third or fourth-largest paid music-streaming service, behind Spotify, Apple Music and China-only Tencent, although such rankings are always piled with asterisks (such as whether or not free trials are included in the tally; YouTube includes them, which not all services do).

Yet by any measure, the growth is remarkable and comes in tandem with a years-long charm offensive aimed at creators and the music industry.

After a couple of false starts, YouTube Music and Premium launched their subscription services in earnest in 2018, around 18 months after music chief Lyor Cohen joined the company, following his many years in C-suite positions at Def Jam Records and Warner Music, as well as 300 Entertainment (which he co-founded and was sold to Warner for a reported $400 million last year). That move came after years of contentious relations between YouTube and the music industry over its comparatively low royalty rates, a situation not diminished by Cohen’s at-times notoriously combative demeanor.

But YouTube has since worked strenuously to be “a partner” to the music business. The company now says it has paid more than $50 billion to creators, artists and media companies over the past three years; that total includes more than $6 billion to the music industry between July 2021 and June 2022. It also has amped up its “twin-engine” revenue model (advertising and subscriptions) amid a dizzying array of other features to help creators and labels promote their music — including YouTube Shorts, basically its answer to TikTok, which the company says are now averaging 30 billion daily views.

However, $6 billion in 12 months speaks pretty loudly. Top sources at music companies tell Variety that things have improved dramatically, although they feel a significant value gap remains on royalties; Lucian Grainge, chairman of Universal, the world’s largest music company, said at the Music Matters conference in September, “It’s quite a sea change from where we were ten years ago.” As YouTube’s former chief business officer Robert Kyncl — who becomes CEO of Warner Music on Jan. 1 — told Bloomberg last year, “We make money, they make money. We succeed, they succeed. The alignment is perfect.”

Fair enough, but money and splashy features wouldn’t seem to account for a 30-million-subscriber sea change. It may in fact be the cumulative effect of what Cohen says was a long-term strategy to enhance the platform (and in so doing address many of the things that people find annoying about YouTube’s free service) while engaging with the very people he’d competed against so ferociously during his label days.

“I think there were a lot of misunderstandings on both sides,” Cohen says. “So I went to work slowly, shuttling between engineers and the music industry so they could hear each other.

“We also didn’t have a team that [interfaced] with the labels,” he continues. “When I came here, we were simply a negotiating function that showed up every three years to collect a signature, as opposed to running alongside the industry to understand what’s important to them. So we went from simply being transactional to being a partner that shows up in the ways a partner shows up. We also went to work to explain the twin-engine growth story about advertising and subscription; many of the record companies built a lot of muscle around subscription but not advertising.”

But the short answer for the improvement is “the [paid] subscription business,” he concludes. “Since we didn’t have one, since we weren’t converting our funnel, they thought that we weren’t great partners. And building a successful subscription business, I think, is one of the ways that the industry is starting to feel good about us.” (He also clarified the descriptor of YouTube’s ad-supported, a.k.a. “free” option: “I always push back on calling it ‘free’ — it’s not free,” he insists. “They pay with their eyeballs.”)

Improving the user experience has been key in this effort as well. Along with Shorts, product manager Adam Smith rattles off a series of subscription plans and features the platform has developed to engage fans, including the vast array of music content that is not available on other services — which can range from concerts and TV appearances to radio sessions — along with premieres and exclusive content like “Afterparties” (where an artist holds an online event for a song or video). There are also features like “Meet” (where fans can watch videos together), “Foundry” and “Artists on the Rise” (artist-development programs for independent musicians), channel-subscription curation and a vast array of other features.

“We’ve been building YouTube Music and Premium for the last seven years,” Smith says, “anchored on this core set of features — being ad-free, having the ability to keep the videos or audio running when you’re in another app or on mobile, and the ability to access it if, for example, you get on a plane and forgot to download the videos or audio you want. The goal is to allow people to have YouTube with them wherever they are, and we have a whole team of music industry experts, product managers and engineers building that what we believe is a best-in-class music experience.”

He and Cohen also point to YouTube’s annual multi-channel livestream of the Coachella festival — which literally offers viewers the best seat in the house for free — and events like the early-pandemic livestream of opera singer Andrea Bocelli’s concert at the Duomo in Milan, which Cohen calls “one of the greatest moments of my life.”

Another element in YouTube’s charm offensive is aimed, more or less simultaneously, at fans and artists, who are on opposite ends of the same problem: For fans, when you can listen to almost anything on earth, what do you listen to? And how can artists make their music stand out in the unimaginably vast sea of options?

Cohen, who began his career in the 1980s at Def Jam sister company Rush Management, working with Run-DMC, the Beastie Boys, LL Cool J and many others, brings an artist’s perspective to the equation. With the rise of social media, artists essentially have found themselves saddled with another full-time job: working to promote their careers and engage with fans instead of making music.

“The fine print for an artist these days, which they didn’t sign up for, is [generating] likes, clicks, subscribers, all of these taxing things they need to do to find their fans,” he says. “I think it’s a real struggle for a lot of them, and it’s also a struggle for the labels. That’s another thing that we want to try to help simplify and solve. I would like for artists to be able to focus on songwriting and developing their craft, and less on being always ‘on.’”

For fans, “I think one of the biggest challenges is the abundance of choice,” he says. “And that’s why I’m so excited about Shorts. In many ways, Shorts feels like I’m rummaging through a crate [of vinyl] and pulling records out, wondering what’s next — it’s addictive. And what I want to do is prompt the fan — or the consumer, I should say — into our YouTube main area where they can see a premium music video or an interview, a performance or anything that starts creating a deeper fan connection.”

It is most certainly in the music companies’ interest to see increased competition in the digital space, particularly streaming, which in just a decade has overwhelmingly become the dominant global source for music consumption. After years of near-fealty to Apple’s iTunes, and more recently to the embattled market leader Spotify, the fast rise of YouTube and Amazon Music is quickly leveling the playing field — and also signals an effort to counter what many in the music business perceive as the next major threat, from TikTok, which is gearing up to launch its own streaming service and is the most recent platform of many to tangle with the industry over royalties.

And while there will always be an element of suspicion when dealing with one of the world’s wealthiest and most powerful companies — in this case, YouTube and Google’s corporate parent, Alphabet — at the very least, Cohen is saying what the music industry wants to hear. “Our goal,” he concludes, “is to be the No. 1 revenue source for the music industry.”