A disconnect between employers and employees on working from home has been revealed as managers signal concerns staff are slacking off in a new survey, while workers say their performance has improved out of the office.

As Victorian offices begin to welcome back staff this week, many companies are embracing a new hybrid working model where workers split their time between home and the office.

However, the survey of more than 600 workers and 300 employers across Australia found there was a divide on expectations of the new arrangements. 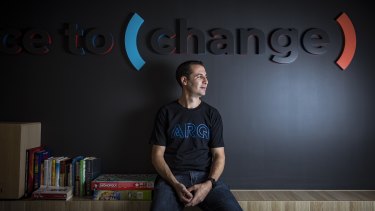 Workers listed isolation as their number one challenge when working from home, whereas for employers oversight of staff and managing productivity was their biggest concern.

The Adapting to the New Normal: Hybrid Working 2021 survey, released on Wednesday by Pitcher Partners Melbourne, Bastion Reputation Management and Bastion Insights, revealed that the gap was likely to grow if there wasn't intervention.

Chief executive of Bastion Reputation Management Clare Gleghorn said employers and workers both felt remote-working had been a success throughout the pandemic.

However, she said if workers were left to feel isolated, while at the same time employers became increasingly distrustful of them, problems would soon arise. 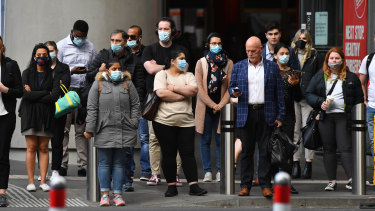 Victorians are trickling back into offices.Credit:Joe Armao

"Employers are concerned, in the long term, about productivity," she said. "[But] the challenges that they foresee, down the track, will actually create some tension in the workplace if employers aren't having conversations, right now.

"If you just focus on KPIs and performance management as your key indicator, then that too can actually compound the problem around workplace culture."

Instead of looking over their workers' shoulders, Ms Gleghorn recommended employers collaborate with staff on how to make the situation work for both parties.

"It really gets back to engaging with staff early, being really clear on what you're trying to achieve, getting the input and figuring out ways to communicate, so that everyone continues to feel productive [and] continues to feel valued," she said.

"The result of that is in a productive and effective hybrid working model."

The results suggested middle managers were most concerned about how to manage their teams working from home.

The survey also found a disconnect on communication of return-to-work plans, with 79 per cent of employers saying they had been discussed with staff, but only 53 per cent of workers agreeing.

Arq Group chief executive Tristan Sternson said the technology company preempted problems around isolation and a loss of workplace culture when around 400 of his staff began working from home along with most other Australians in March.

"Being cooped up in a tiny little one-bedroom apartment and having to work off a kitchen bench and living on [your] own, you can feel quite isolated," he said.

"Our teams probably didn't get to the stage where they could say they feel isolated because we just hit it straight away."

Mr Sternson said the company, which has offices in Melbourne, Sydney and Brisbane, created games such as "lunch roulette", where workers would be picked at random to buy and share lunch with each other over zoom, as a way to keep teams connected.

However, he said managing performance and recognising employees who required help was harder out of the office. To combat this, they increased coaching and mentoring.

Mr Sternson said it was important to consult with staff on what was working for them.

"If you don't talk, you don't understand … and that connects you."

Mr Sternson said he was among employers who favoured the office to home, saying many workers underestimated the benefits of working from the office, including incidental conversations and feeling energised around others.

Although most workers would prefer to continue working from home, industrial lawyers say they could be sacked if they refuse a request from their employer to return to the office. Employers can also dismiss workers if they refuse to be vaccinated from COVID-19.