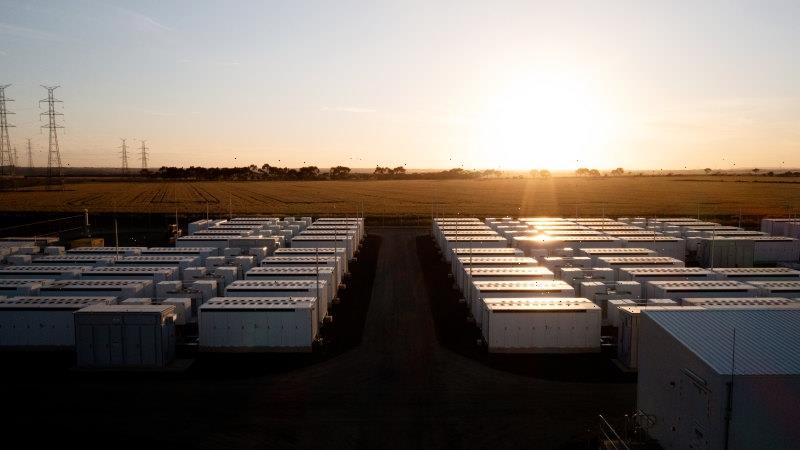 The Victorian government has promised to set the most ambitious renewable energy-storage targets in Australia, saying they would be capable of powering about half of the state’s current homes at their peak energy use.

The targets would be met through a $157 million package of measures, Premier Daniel Andrews said at a press conference with Energy Minister Lily D’Ambrosio on Tuesday. These include spending $119 million on a 125-megawatt big battery and associated infrastructure in the state’s north-west, which would stabilise the ageing electricity grid to allow for a smoother transition to clean energy. 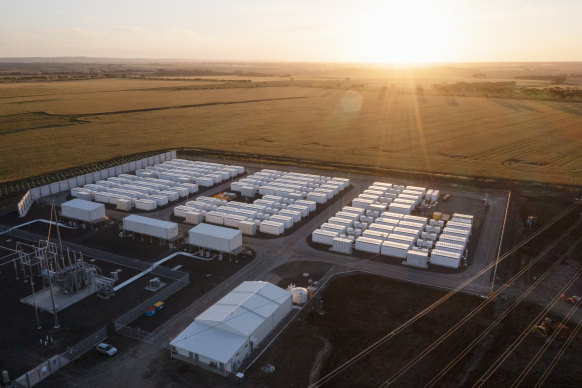 The targets would see 2.6 gigawatts of renewable energy storage built in Victoria by 2030, scaled up to an increased target of 6.3 gigawatts by 2035.

Storage is essential to soak up the energy generated by solar and wind generation and feed it back into the grid when required. The targets would create 12,700 jobs and $1.7 billion in investment from 2023 to 2035, the premier said.

“This [clean energy] transition is coming,” Andrews said. “It’s a big challenge. You can either turn it into an opportunity or you don’t. We have fought against a federal government that would not do what was needed. And we’ve just got on and done it ourselves.”

The premier said a Labor government would also spend $38.2 million on four clean energy projects, including a 100-megawatt battery and inverter at Terang and $19.3 million for two bio-energy projects at farms in Gippsland and Barwon. Yarra Valley Water will receive $11.9 million to install an electrolyser to make renewable hydrogen using recycled water in Wollert. 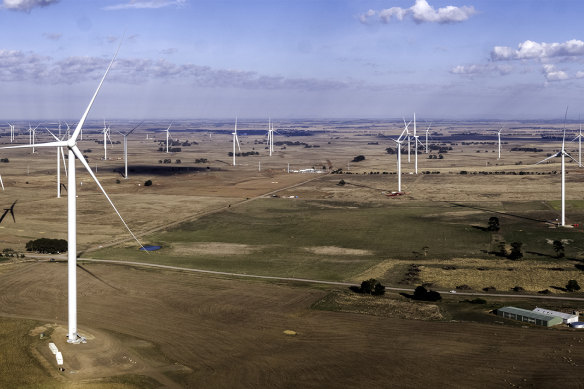 The Stockyard Hill wind farm near Ballarat in Victoria.Credit:Goldwind Australia

The new storage targets include both short- and long-duration energy storage systems – some of which could hold more than eight hours of energy – including batteries, hydroelectricity and hydrogen technologies.

Victoria is home to the largest battery in the Southern Hemisphere – the so-called “Victorian Big Battery”, a 300-megawatt battery just outside Geelong. The number of smaller, community batteries has also increased.

Last week, the state’s greenhouse gas emissions report showed Victoria had reduced carbon emissions to about 30 per cent below 2005 levels by 2020. This was well beyond the state’s target to cut emissions by 15 to 20 per cent.

In March, the state government announced plans to accelerate the transition away from coal and set Australia’s first offshore wind energy targets.

Tuesday’s announcement was welcomed by environment and clean energy groups, which said that until now, there had been no overarching plan to coordinate public and private investment in storage capacity at either a state or federal level.

“The Australian Energy Market Operator has made it clear that significant amounts of new energy storage capacity is needed,” Thornton said. “In committing to delivering on big targets for energy storage, the Victorian Government is sending a critical signal that will help bring much-needed investment to the state.”

Energy storage was one of the crucial “missing pieces” in Australia’s transition to 100 per cent clean energy, said Environment Victoria chief executive Jono La Nauze. And he urged the Liberal-National Coalition to make a bipartisan commitment to implement or improve the storage target should they win office.

The government has previously announced investments in energy storage, including 10,000 batteries in Victorian homes, a 300-megawatt grid-scale battery storage project in Geelong, and the 350-megawatt utility scale battery slated for Yallourn.

The announcement comes as the independent panel chosen to advise the Victorian government on its 2035 Emissions Reduction Target prepares to recommend options.

GOTs Maisie Williams opens up on ‘traumatic relationship’ with father