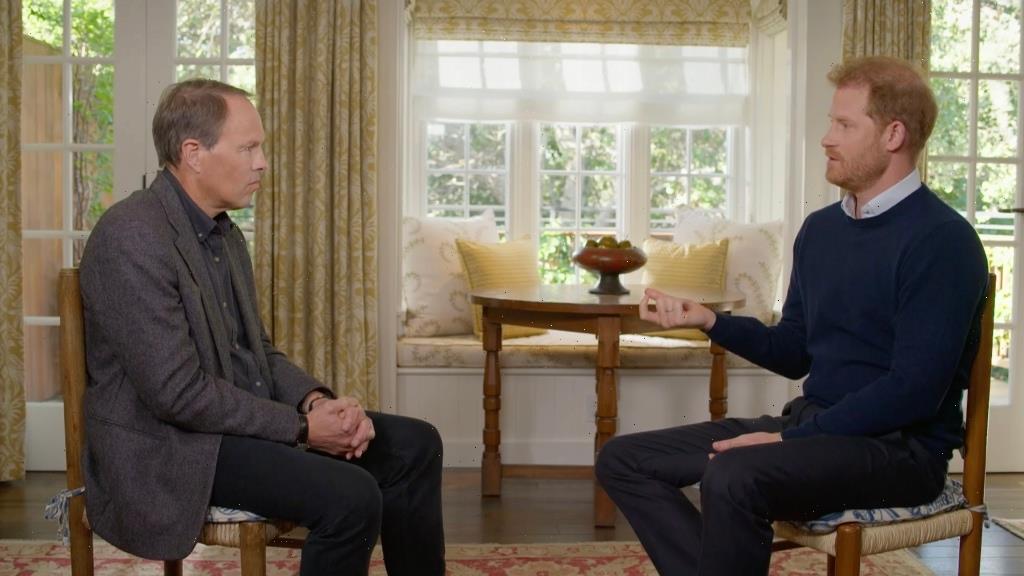 Prince Harry’s tell-all with ITV’s Tom Bradby was watched in the UK by a disappointing 4.1M last night, with just one third of the audience who watched his and wife Meghan Markle’s Oprah interview tuning in.

While the BBC may have been concerned that Harry’s much-trailed fireside chat with Bradby would have dented landmark drama Happy Valley, the Sarah Lancashire-starring latter actually grew its audience from week one by 200,000 to 5.2M – comfortably winning the 9 p.m. GMT (1 p.m. PT) slot. The ITV interview peaked with 4.5M and was watched by an average of around 4.1M, according to Barb data supplied by overnights.tv.

Prince Harry, In '60 Minutes' Interview, Says Brother Prince William Shoved Him To The Floor During Argument Over Meghan Markle: "It Was A Pretty Nasty Experience"

The Oprah interview, which was also on ITV and simulcast by CBS, was watched by 11.1M in 2021 and ended up being one of the most watched UK TV broadcasts of that year.

Followed by a similar tell-all with Anderson Cooper on CBS’ 60 Minutes, last night’s ITV interview was as explosive as it had been billed.

Harry used the ITV 95-minuter to blast members of his own Royal Family for “briefings, leakings and plantings” against him and wife Meghan Markle, along with saying brother William hadn’t liked Markle from the start due to her being an “American actress, divorced and biracial.” He also touched on his father King Charles III’s marriage to Camilla Parker Bowles, the impact of the death of his mother Princess Diana and the recent Buckingham Palace race row with Lady Susan Hussey and Ngozi Fulani.

There has been much media buzz generated around Harry and Markle over the past few weeks but the low-ish rating may be evidence that the buzz is beginning to fade. Landing in December, Netflix documentary Harry & Meghan became the streamer’s most watched show in the UK of last year, Netflix said, and remains in the global top 10 with 22.5M hours clocked.

Harry will appear twice more on U.S. TV today – on The Late Show and Good Morning America – before his memoir is published tomorrow.

Hits ‘60 Minutes’, ITV In UK; Details Altercation With William, Why He Went Public

Tom Hanks Cranks It Up With $4.2M In Week 2 For ‘A Man Called Otto’: Specialty

I was never going to splash out on a SKIMS bodysuit so tried a budget dupe – it's so flattering, and you could save £25 | The Sun
Entertainment