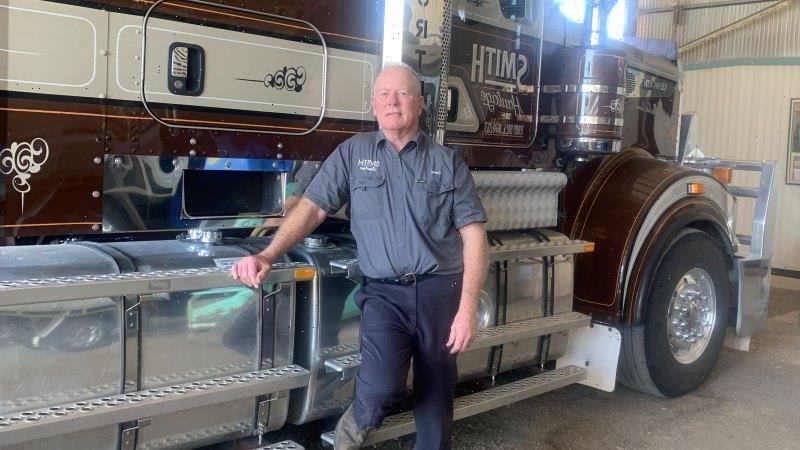 Truck drivers face going to the wall and consumers are unlikely to see a fall in the cost of their groceries after the federal government failed to act on pre-budget warnings that its cut to fuel excise would not help the industry.

Treasurer Josh Frydenberg is standing by his decision not to cut road user charges imposed on truck drivers despite conceding there may be cash flow issues caused by the government’s budget decision. 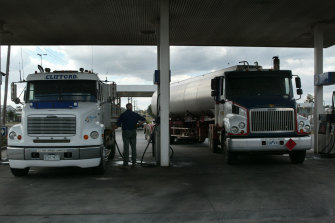 Truck drivers face cash flow problems and only a small fall in excise due to the government’s decision to halve excise in the budget.Credit:Michael Clayton-Jones

The problem facing drivers is due to how the budget night decision to halve fuel excise interacts with the road user charge imposed on the trucking industry and the fuel tax credit that many truckers use to pay their Business Activity Statement obligations every month or quarter.

Pre-budget, fuel excise was 44.2 cents a litre, but truck drivers received a fuel tax credit of 17.8 cents a litre – a rebate of the excise minus 26.4 cents a litre, which is kept by the government as a road user charge.

The budget night decision means the road user charge is now higher than the fuel excise. For the next six months, the fuel tax credit will be reduced to zero, meaning truck drivers will only see a 4.3 cents a litre cut in their diesel bills compared to the 22.1 cents enjoyed by the rest of the population, and will no longer get a rebate cheque at the end of each month.

Australian Trucking Association chairman David Smith said drivers, many of whom relied on the fuel tax credit to cover their ordinary bills, faced running out of money for their operations without a change to arrangements announced by Mr Frydenberg.

“Drivers rely on the credit for their cashflow. Without it, there are some people who are going to go to the wall.”

In some cases, trucking companies will need to find tens of thousands of dollars to cover the loss of the fuel tax credit.

He said people hoping lower freight costs would translate into lower prices at the local supermarket would also be disappointed by the “unintended consequence” of the government’s decision.

“People shouldn’t expect to see a fall in the price of their Weetbix,” he said. 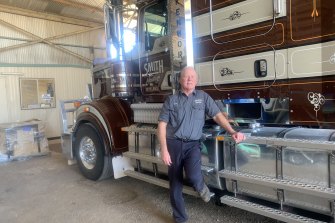 Trucking association chairman David Smith says drivers could go to the wall because of the government’s excise changes.

The industry started warning the government of the potential problem before Mr Frydenberg handed down his budget.

On the morning of the March 29 budget, the office of Transport Minister and Deputy Prime Minister Barnaby Joyce was warned by the trucking industry that without a reduction in the road user charge, drivers would struggle to make ends meet.

His office was told drivers would have to set aside more cash to pay their Business Activity Statements.

The industry wants the road user charge reduced to zero for the next six months, in line with the halved fuel excise. Any change to the charge would have to be done before Mr Morrison calls the election.

The road user charge collected an estimated $2 billion last financial year. Axing it for six months would punch a near $1 billion hole in last week’s budget which is on track for a $79.8 billion deficit this year and a $78 billion shortfall in 2022-23.

Mr Frydenberg told The Sydney Morning Herald and The Age that drivers would benefit from the fall in excise.

“All road users will be better off as a result of the government’s decision, including truckies who will see the road user charge fall from the pre-budget level of 26.4 cents per litre of fuel to 22.1 cents,” he said.

“As a result, vehicles subject to the charge will be 4.3 cents per litre (or 16 per cent) better off once the cut has flowed through to the bowser.”

While making no change to its excise arrangement, the Tax Office is aware of possible cash flow problems and has been told to show “flexibility” to drivers’ BAS liabilities. But the industry believes some drivers will not survive through the six-month period of the halved excise.

Shadow treasurer Jim Chalmers said the government had been tricky in its treatment of truck drivers.

“This is classic Scott Morrison, taking credit but not responsibility, giving with one hand while taking away with the other,” he said.

“Scott Morrison and Josh Frydenberg have been sprung being tricky, pretending they’re handing out 22 cents in relief when it’s more like 4 cents if you drive a truck.”

Jacqueline Maley cuts through the noise of the federal election campaign with news, views and expert analysis. Sign up to our Australia Votes 2022 newsletter here.