How Will and Jada Smith figured out their open marriage

Will Smith gave a teary-eyed apology during his acceptance speech at the 2022 Oscars after slapping Chris Rock over the comedian’s joke about Jada Pinkett Smith.

“I want to apologize to all of my fellow nominees. This is a beautiful moment, and I’m not crying for winning an award,” Smith, 53, said as he took home Best Actor for his role in “King Richard.”

“It’s not about winning an award for me; it’s about being able to shine a light on all of the people,” he continued.

Smith could barely get out his words as he held back tears, saying, “Art imitates life; I looked like the crazy father, just like they said about Richard Williams. But love will make you do crazy things.”

He then thanked the Academy and admitted he hopes to be invited back after the incident with Rock, to whom he notably did not apologize. 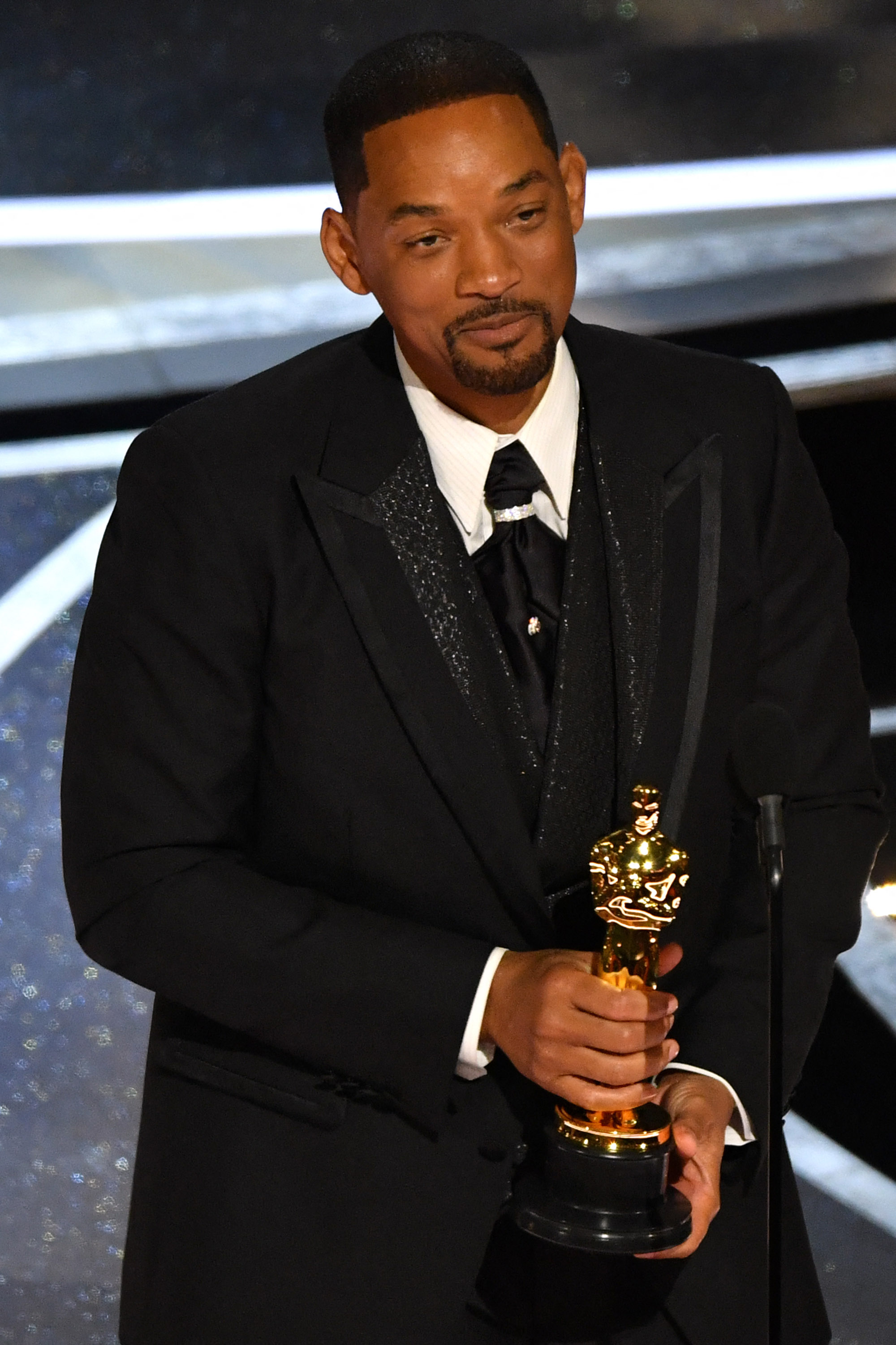 Smith’s acceptance speech came only minutes after he shocked the audience by hitting Rock, 57, over a joke about Pinkett Smith, 50, being bald. 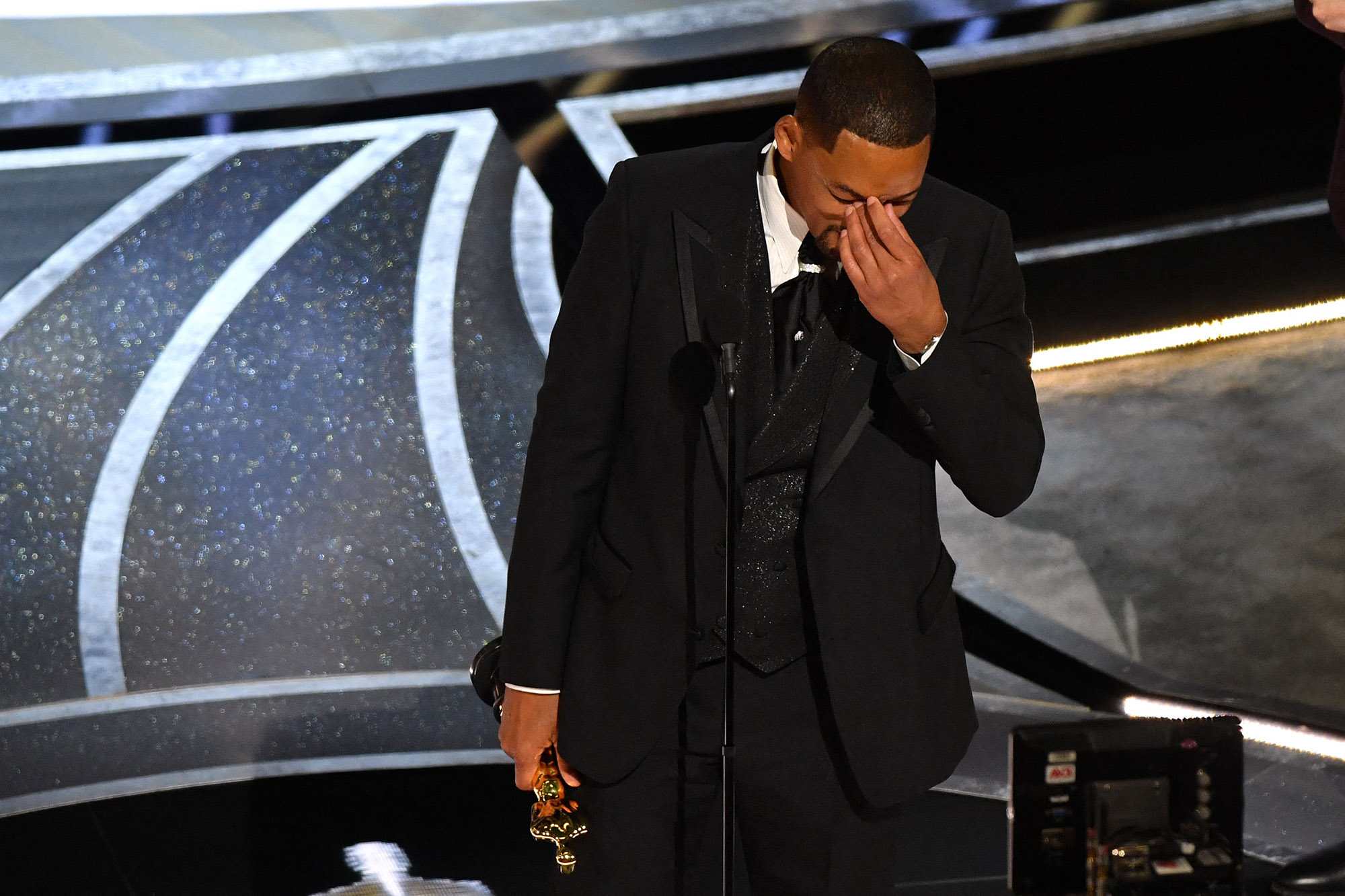 Pinkett Smith, who suffers from alopecia, immediately rolled her eyes as Smith walked up to the stage and struck Rock across the cheek.

Rock, looking shocked, kept his cool, saying, “Wow, Will Smith just smacked the s–t out of me” before defending what was “just a ‘G.I. Jane’ joke.” 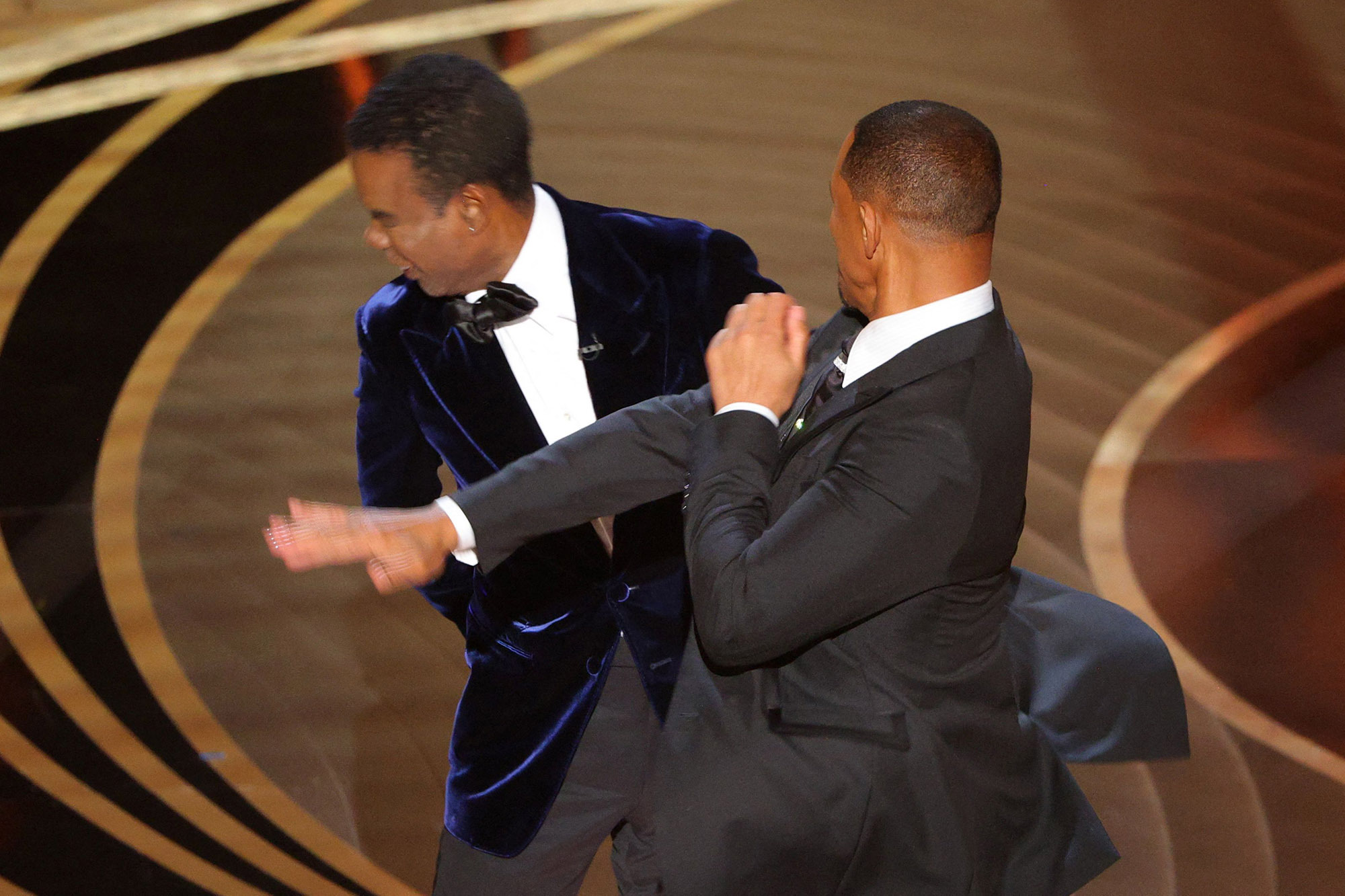 But Smith then repeatedly shouted, “Keep my wife’s name out of your f–king mouth” as he exited the stage and returned to his seat.

“That was the greatest night in the history of television,” Rock stated, still in a haze as he attempted to continue on.

Pinkett Smith has been vocal about her struggle with hair loss, debuting a shaved head last summer.

This was the “Fresh Prince of Bel-Air” alum’s first Oscar win.