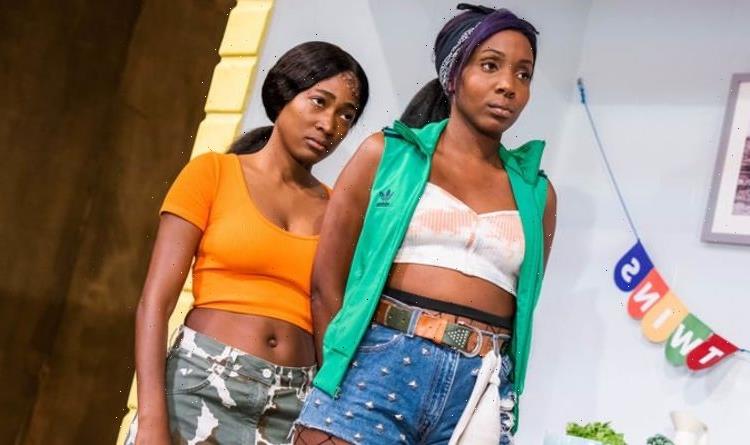 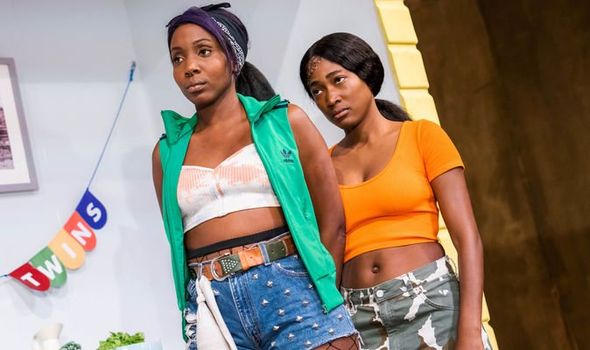 Now twenty-one, the girls are shocked to receive a letter from her as they have spent the intervening eighteen years believing her to be dead. Horribly disfigured, the mother (Cecilia Noble) sends the girls – who also bear burn scars – on a mission to kill the man responsible: their father. So begins Aleshea Harris’ deranged play about cold revenge for a hot crime as the girls embark on a quest for Biblical justice that spills over into a killing spree.

Armed only with a rock in a sock as a weapon they hitchhike to California where their father has made a new life with another woman and fathered twin sons, Scotch (Ernest Kingsley Jr) and Riley (Rudolphe Mdlongwa).

A heady cocktail of Jacobean revenge drama and modern western it is saved from unpalatability by a sly sense of humour and its wholly theatrical presentation.

Director Ola Ince makes a virtue out of artifice as boxed sets are wheeled on and off the stage or lowered from above like doll’s houses and the violent sound effects are as over the top as the silliest spaghetti westerns.

Closer to the warped morality and rambunctious ferocity of Tracy Letts’ lowlife plays such as Killer Joe than the slick and cynical films of Quentin Tarantino, this is certainly a shocker.

Yet it retains a faint pulse of humanity that puts it in a different league in spite of the head bashing, back-stabbing and strangling that litters the stage with corpses.

As an interrogation of toxic male entitlement and violence against women as well as the futility of revenge it is just about defensible.

But Harris has a startling way of going about it.