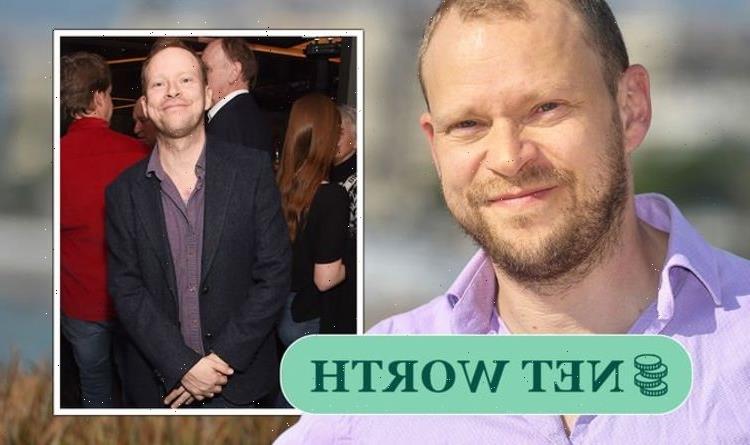 Robert Webb, well known for his roles in the Peep Show as well as being one half of the double act Mitchell and Webb, is taking part in this year’s season of Strictly Come Dancing. How much has he earned throughout his career?

According to Celebrity Net Worth, the star is worth a whopping £3 million.

Born in Lincolnshire in 1972, Robert attended Robinson College before meeting Mitchell at a Cinderella audition in 1993.

The duo, Mitchell and Webb, put together their first project in 1995.

The comedy double act are known for their roles in the Peep Show as well as That Mitchell and Webb Look.

Robert won a BAFTA TV Award for Best Comedy Programme for the duo’s show in 2009.

Aside from the double act, Robert has also starred in the TV series Bruiser as well as The Smoking Room.

In 2005 he starred as Bill Hathaway in the TV series Blessed.

More recent appearances include his recurring role as Jedrington Secret-Past in the series The Bleak Old Shop of Stuff as well as appearing in the popular TV series Fresh Meat.

DON’T MISS:
What to sow in your garden this August- full guide [EXPLAINER]
Meghan Markle ‘keen to show her fun side’ in new 40th birthday video [COMMENT]
Meghan Markle net worth: How Prince Harry’s wife made her millions [INSIGHT]

As well as acting in television series, Robert has also starred in multiple different films.

These include Confetti, Magicians and The Wedding Video.

He has also added to his net worth by making regular appearances on shows such as The Bubble, Have I Got News for You, Never Mind the Buzzcocks and Mastermind.

The comedian also has a book, which was published with Mitchell, called This Mitchell and Webb Book.

In his private life, Robert married comedy performer Abigail Burdess in 2006. The couple met while Robert was recording the radio comedy show The Bleak Old Shop of Stuff.

The couple live in Kilburn, London and have had two daughters together.

In 2015, the star began writing his first solo memoir, How Not to Be a Boy, on growing up working class in Lincolnshire.

It was released in 2017 and a spoken-word adaptation, read by Robert himself, was featured as Radio 4’s Book of the Week to coincide with the launch.

From one comedian to another, how much is Jimmy Carr worth?

The TV regular has around £11.7million in the bank, Celebrity Net Worth reported.

His successful career landed him at number four on the list of the highest paid UK comedians by Spear’s magazine in 2017.

He has also regularly toured the UK with his comedy shows with the most recent tour taking place in 2019.