Nearly 72,000 children across the United States were confirmed to have COVID-19 in one week last month, according to an analysis from the American Academy of Pediatrics and the Children’s Hospital Association.

Children represented 19% of all newly recorded cases for the week ending July 29. The two groups called it “a substantial increase” from the week prior, when about 39,000 child cases were recorded.

At least 4.2 million U.S. children have contracted the virus since the beginning of the pandemic, the organizations say in their new report. In total, there have been about 35.2 million recorded cases across the nation, although the true total is believed to be higher.

The good news is that children are still very rarely dying of the coronavirus or experiencing severe symptoms, which commonly include difficulty breathing and fatigue. Children and teens are much less likely to require hospitalization; the report found that only 0.1% to 1.9% of all cases in minors have involved a hospital stay. Mortality rates are similarly low — of all the people who have died of COVID-19 in the U.S., only up to 0.03% were children.

However, the report advocated for caution, stating that there is “an urgent need to collect more data on longer-term impacts of the pandemic on children, including ways the virus may harm the long-term physical health of infected children,” along with their mental health. 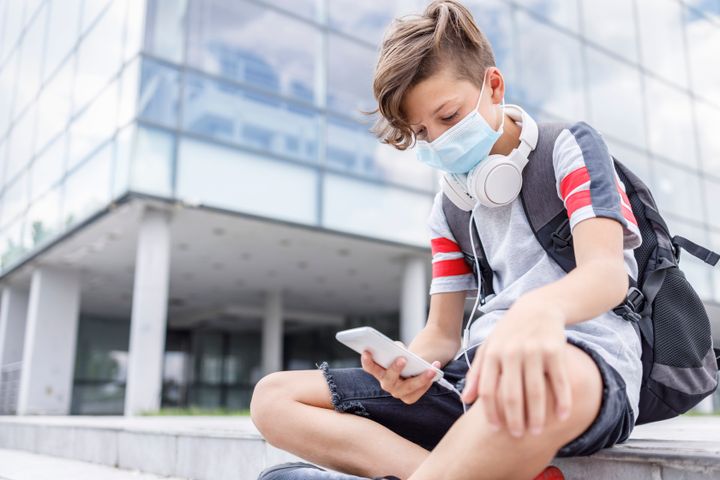 Public health experts maintain that the surest way out of the coronavirus crisis is through widespread vaccination. Amid a surge in cases driven by the more contagious delta variant, the U.S. this week finally reached President Joe Biden’s goal of 70% of American adults having received at least one dose of a COVID-19 vaccine.

Anecdotal reports from doctors on the front lines of the COVID-19 response suspect the delta variant is more harmful to young adults ― people in their 20s and 30s ― than the original variants that circulated in 2020, but data is lacking.

When viruses are allowed to spread unchecked throughout a population, it gives them more opportunity to mutate into versions that could be more harmful.

The New York Times reported Wednesday that the Food and Drug Administration planned to fully approve the Pfizer vaccine by early September. The fact that the agency has only granted emergency use authorization to the available vaccines is commonly cited as one potential reason for low vaccination rates in parts of the U.S.

Obsessed With The White Lotus? You'll Love These Photos of the Cast Hanging Out