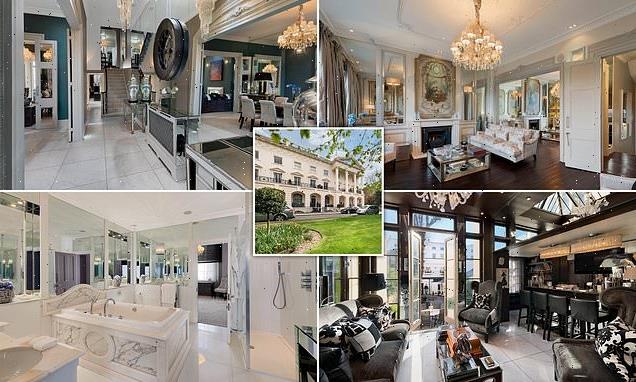 Living up to Great Expectations! Eight-bedroom mansion located on the famous Hanover Terrace near Regent’s Park where Charles Dickens spent his summers goes on sale for £22.5million

A magnificent property that was dubbed ‘really delightful’ by Charles Dickens when he stayed there for the summer season from 1861 onwards has just hit the market for £22.5million.

Designed by John Nash in 1822, 3 Hanover Terrace was where Dickens and his family took up residence in the prized Regent’s Park location for the summer season of 1861, and liked it so much they returned several times.

The Great Expectations author would host his contemporaries at the London property, which is brought to the market by the London House luxury estate agent.

Spread over five floors, the Grade-I listed property boasts 6,103 square feet of space, eight bedrooms, seven bathrooms and eight reception rooms, as well as a gym and a garage, and an terrace and patio area.

The new owner will count Britain’s wealthiest artist Damien Hirst as their neighbour. He bought his home on Hanover Terrace in 2014. 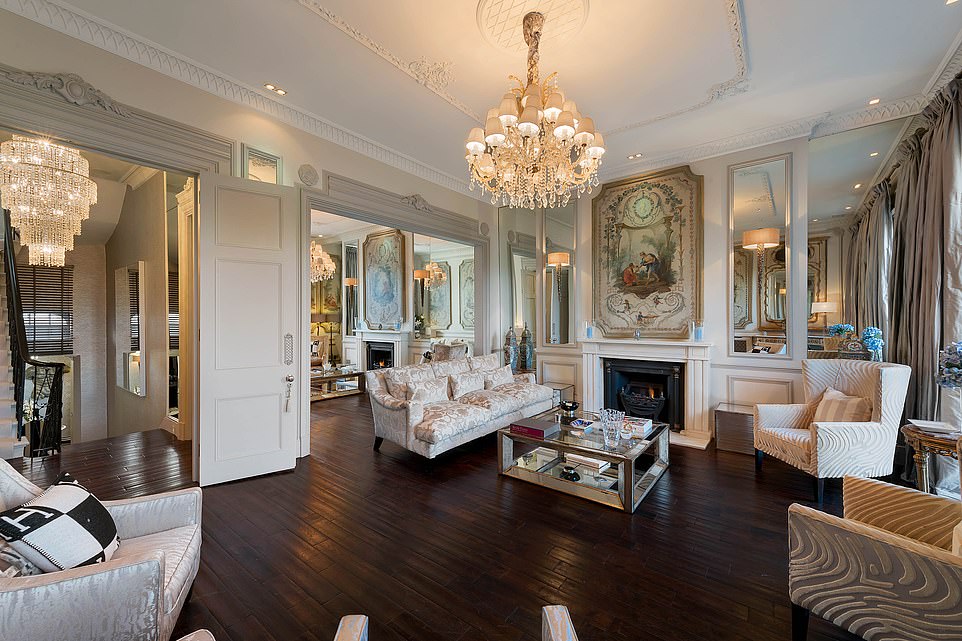 A magnificent property that was dubbed ‘delightful’ by Charles Dickens when he stayed there for the summer season from 1861 onwards has just hit the market for £22.5million 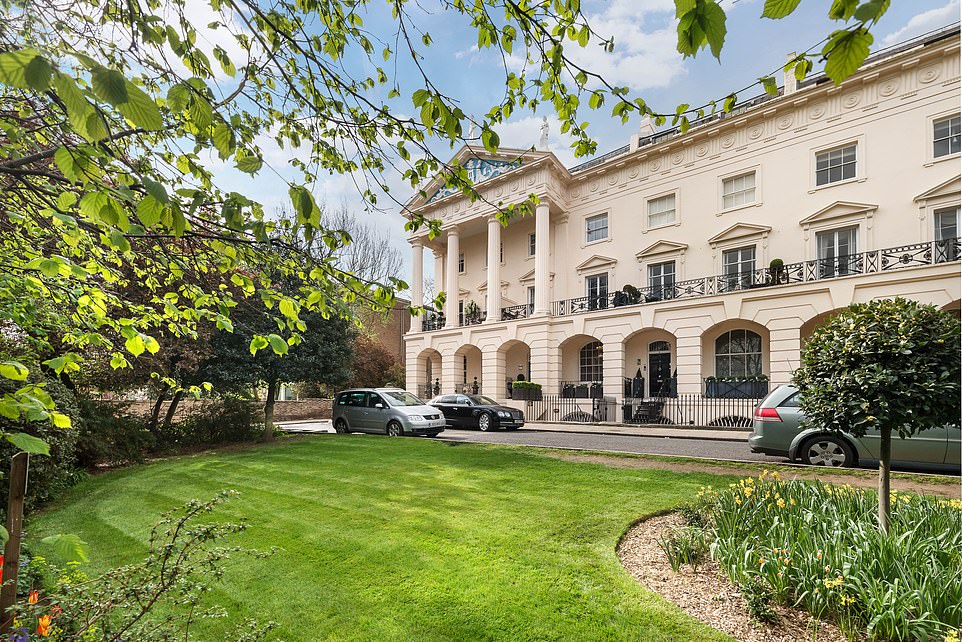 3 Hanover Terrace was designed by John Nash in 1822. Dickens and his family took up residence in the Regent’s Park prized location for the summer season of 1861, and liked it so much they returned to it several times for the following summers

The interiors of the house are also Grade-I listed, however, and have kept much of the original Victoria layout, but they can be modified to suit modern living.

The kitchen boasts modern equipment to satisfy any cook, including sleek onyx countertops and two ovens and built-in fridge and freezer.

It leads to several reception rooms, including a forest green dining room welcoming plenty of light and which can see a minimum of ten people.

The main reception room, which is bordered by French windows overlooking Regent’s Park, is a beautiful mix of period features, including two fireplaces and moldings. 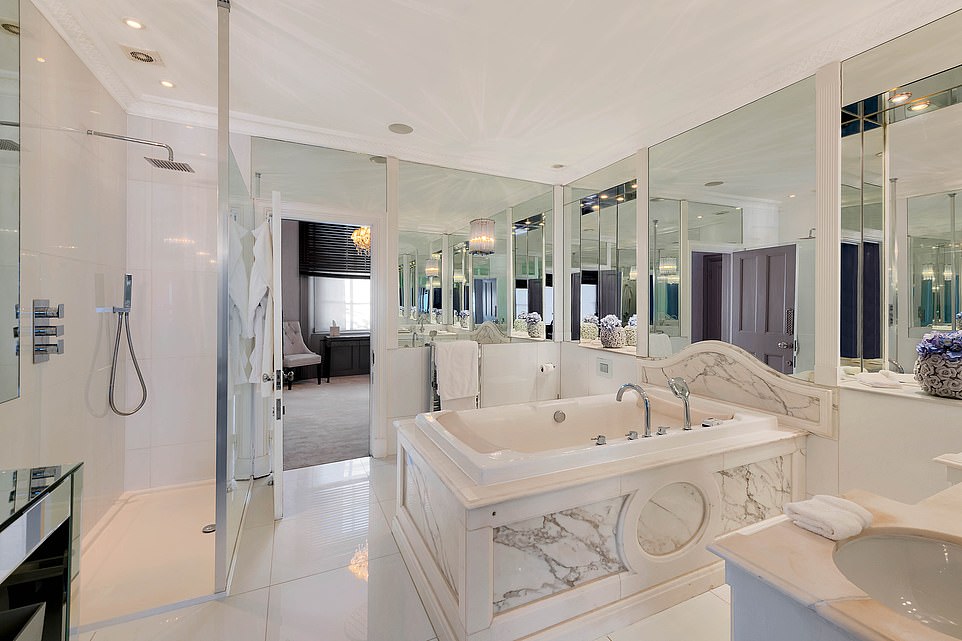 The home’s master bathroom includes an impressive marble bathtub, an Italian shower and his and hers sink, as well as a multitude of mirrors for pampering and preening 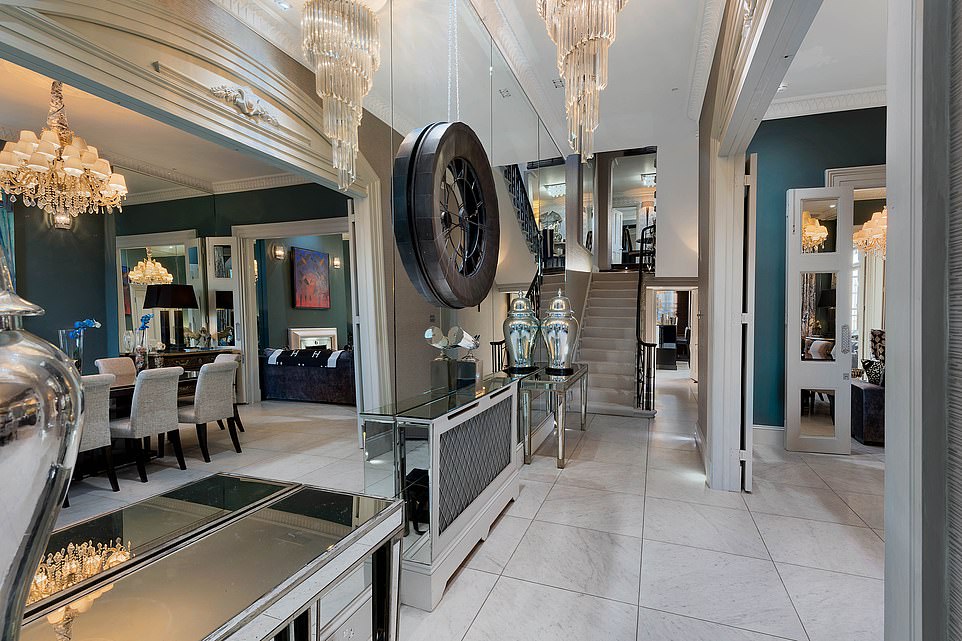 The entrance hall, which opens to the dining-room and one of the eight reception rooms, has a modern feel, thanks to mirrored furniture, silver accents and a neutral tiled floor

It includes dark wooden floors throughout and cream walls and is lit up with several antique chandeliers coming down from the high ceillings.

The master bathroom is a sight to behold, with an impressive marble bathtub, an Italian shower and his and hers sink.

The rooms offer plenty of storage and the master comes with a full sized walk-in wardrobe.

The property boasts an Italianate Garden, which leads to a separate mews property which is included in the sale and includes a gym and garage and a self-contained one-bedroom apartment for guests. It also comes with a sauna. 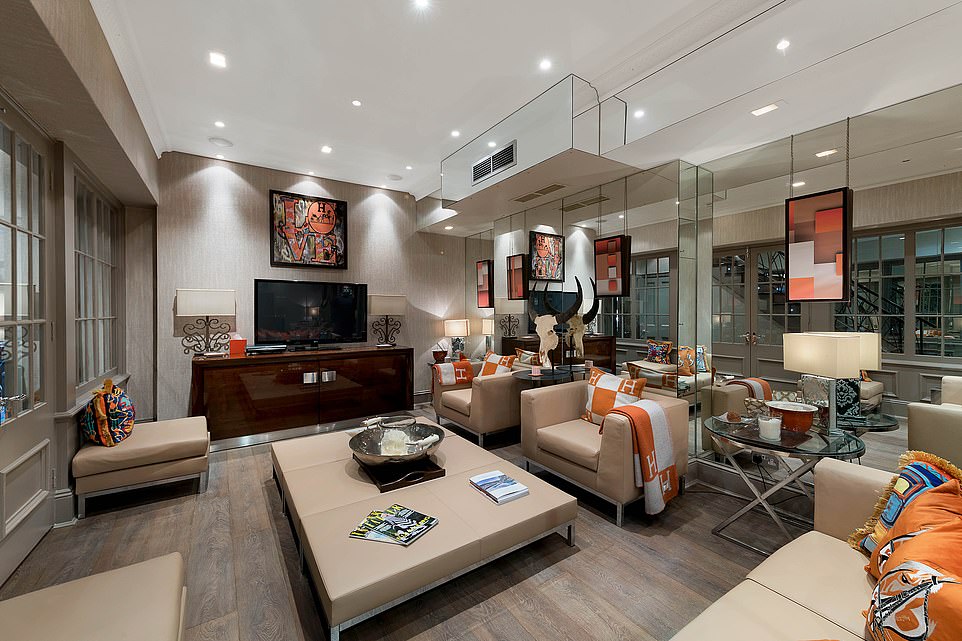 This cosy living-room is lined with mirrors on one side and French window on the other, mixing both modern and traditional design styles 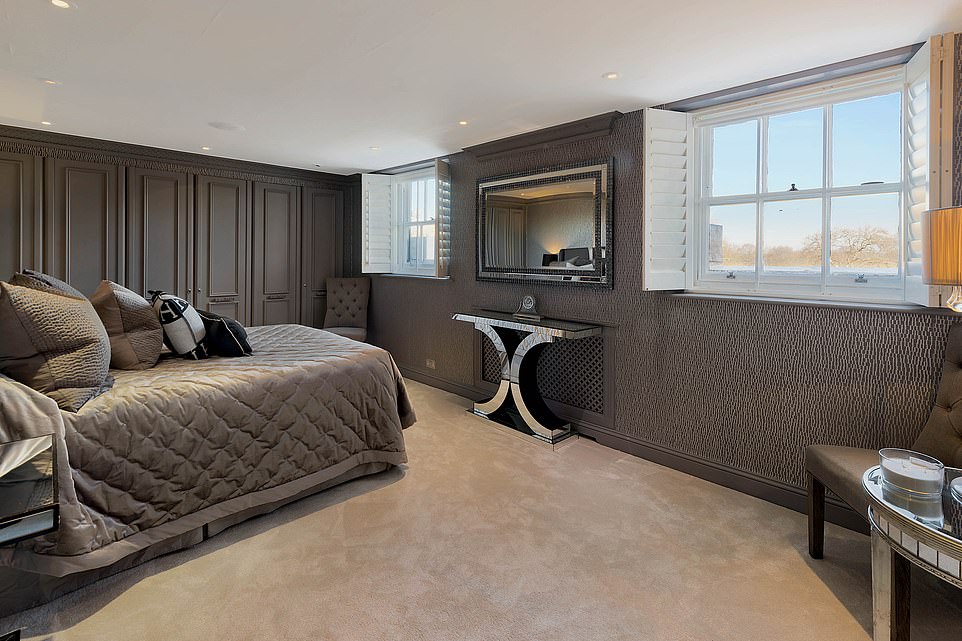 One of the eight bedrooms located on the property with fitted wardrobes and a king size bed. Most of the rooms face Regent’s Park

The Park’s zoo, sports field and varied amenities will suit a nature-loving family and homeowner’s growing desire for high amount of square footage.

Alex Bourne, director and co-founder of London House, said: ‘We’re seeing a real “return to the park” mentality amongst our buyers of late and Hanover Terrace is the ideal enclave for this.

Richard Douglas, director, and co-founder further commented that the area has become a hot spot for luxury developments in recent years. 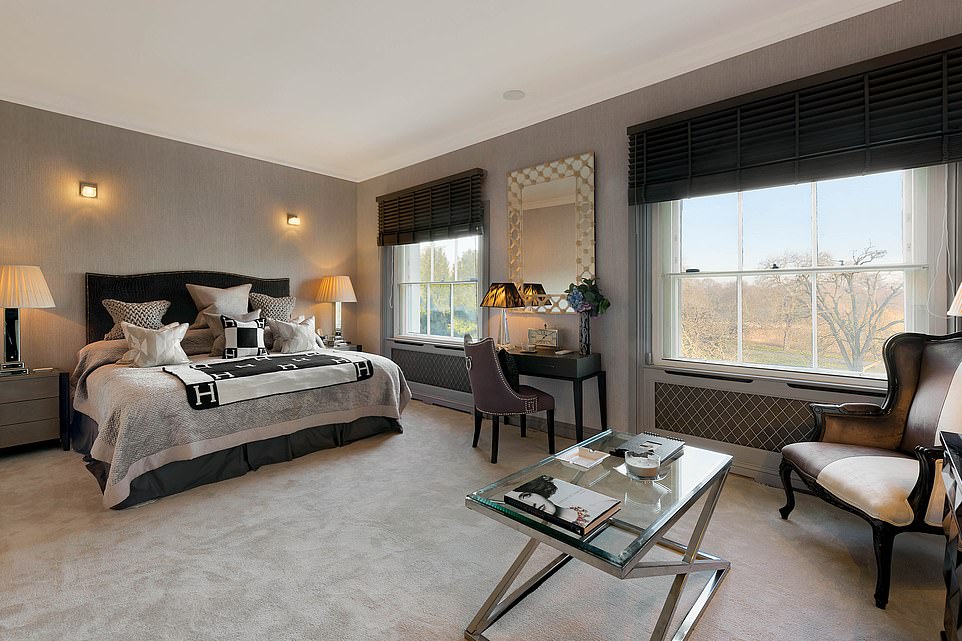 Another one of the bedrooms, with two windows facing Regent’s Park and enough space to fit a sitting area. The property would be ideal for a family looking to make the most of the London lifestyle 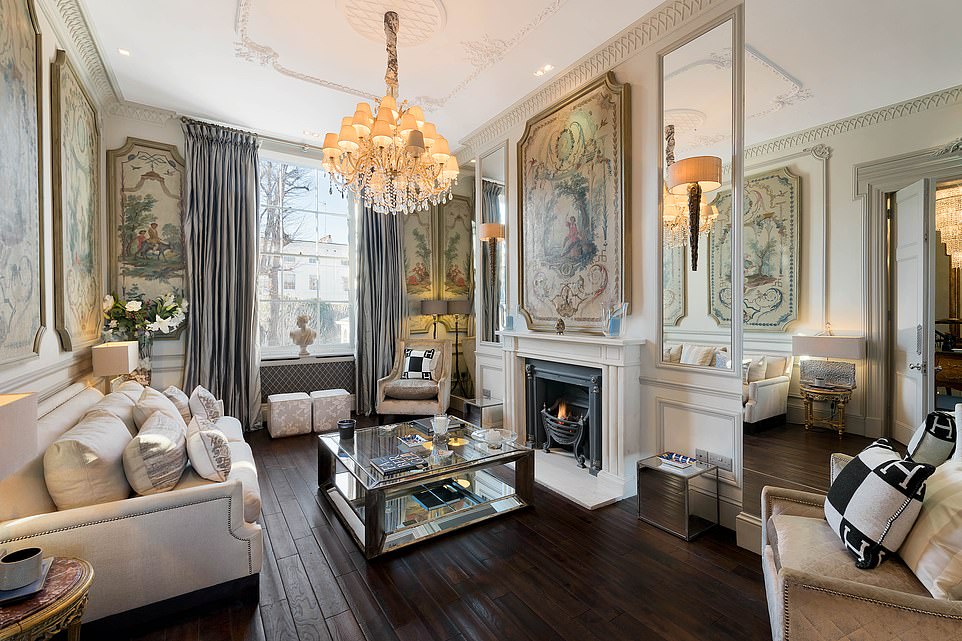 The moldings on the ceilling and the fireplace are original, while the marble fireplace and chandelier gives this reception room a luxurious feel, and the dark wood floor adds warmth 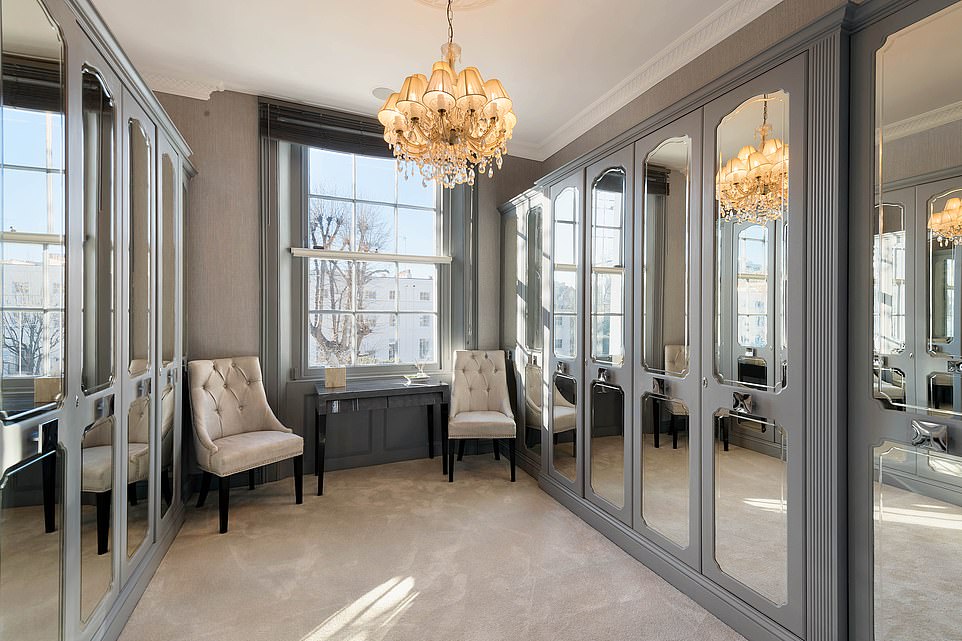 A fashionista’s dream! One of the home’s walk-in wardrobes is big enough to hosts two aisles of mirrored cupboards and chairs for sitting as well as a cosy cream carpeted floor 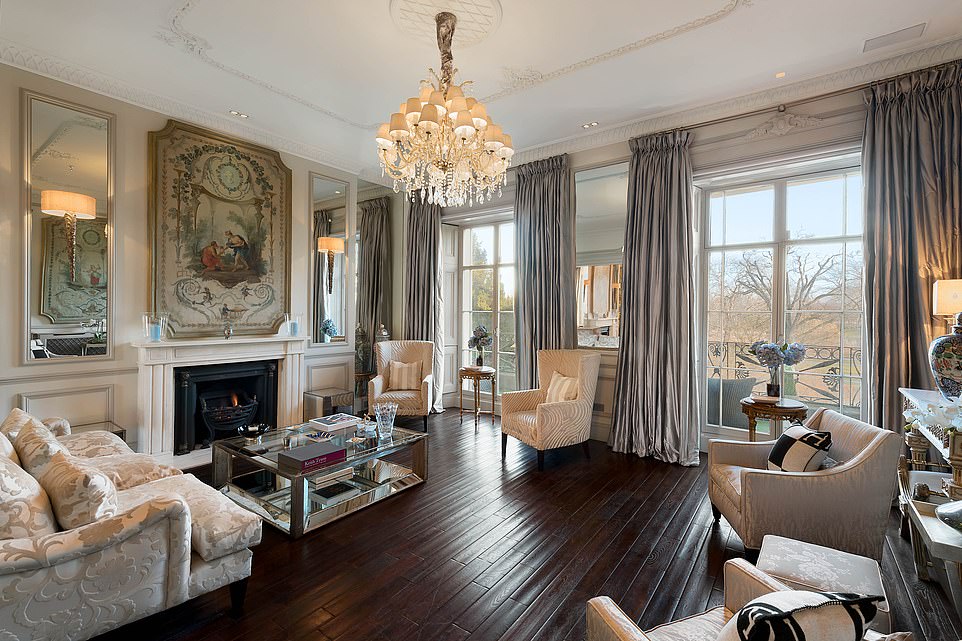 One of the sitting-rooms, which including beautiful moldings and an antique chandelier, leads to a terrace overlooking Regent’s park

‘They introduced a new level of specifications and finishes previously unseen in a relatively untouched pocket of prime central London,’ he said.

‘We’re seeing a new, younger generation adopting the park now. There’s a classical revival amongst our buyers who seek the John Nash façade with the flexibility inside to reconfigure, and though listed, modifications to suit modern family living in houses of this scale can be done,’ he added.

From historic figures from the worlds of art, literature and entrepreneurship, to modern artists and entrepreneurs, the terrace is home to the richest living artist, Damien Hirst, who purchased in the Terrace in 2014 and the founder of Addison Lee, amongst others of note. 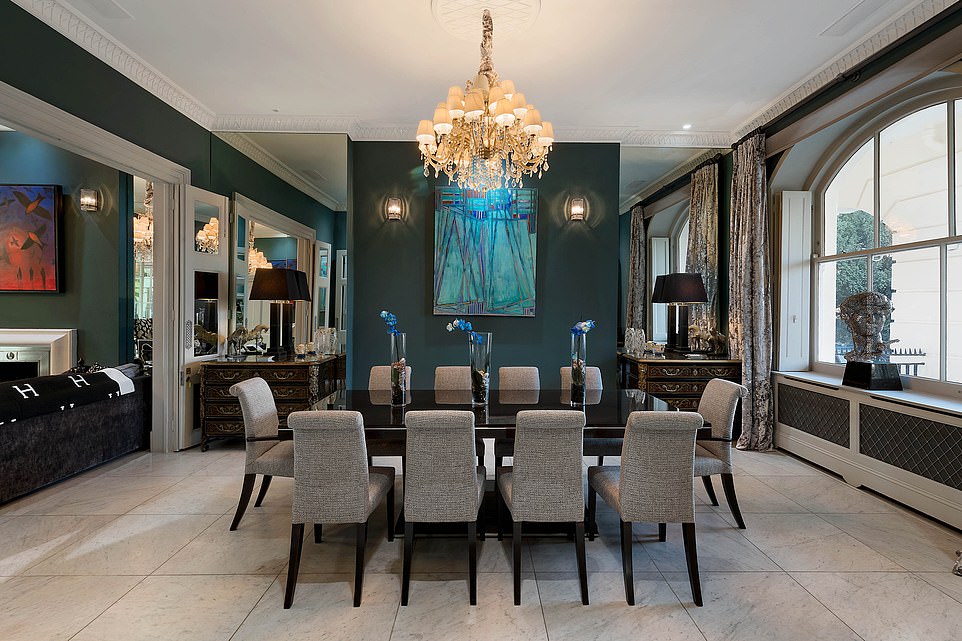 On the ground floor, the dining-room drowns is full of light and can accomodate a minimum of ten guests around the table. It leads to another receptions room on the left 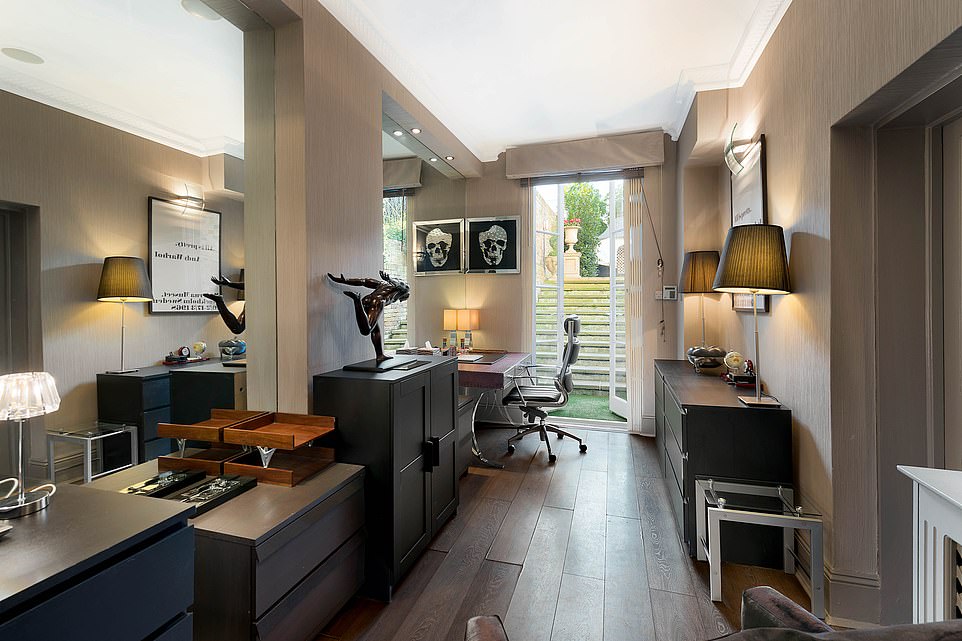 A small but well appointment study with dark wooden floors leads to the house’s Italianate garden, which is turns opens to a mews house that houses a self-contained one bedroom apartment and a gym 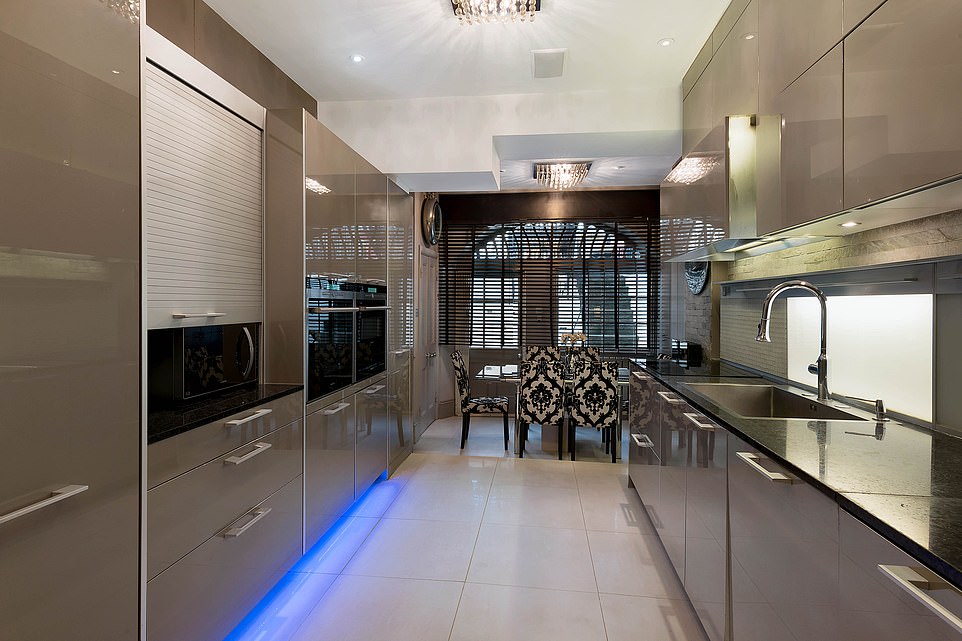 The kitchen boasts modern equipment to satisfy any cook, including sleek onyx countertops and two ovens and built-in fridge and freezer. 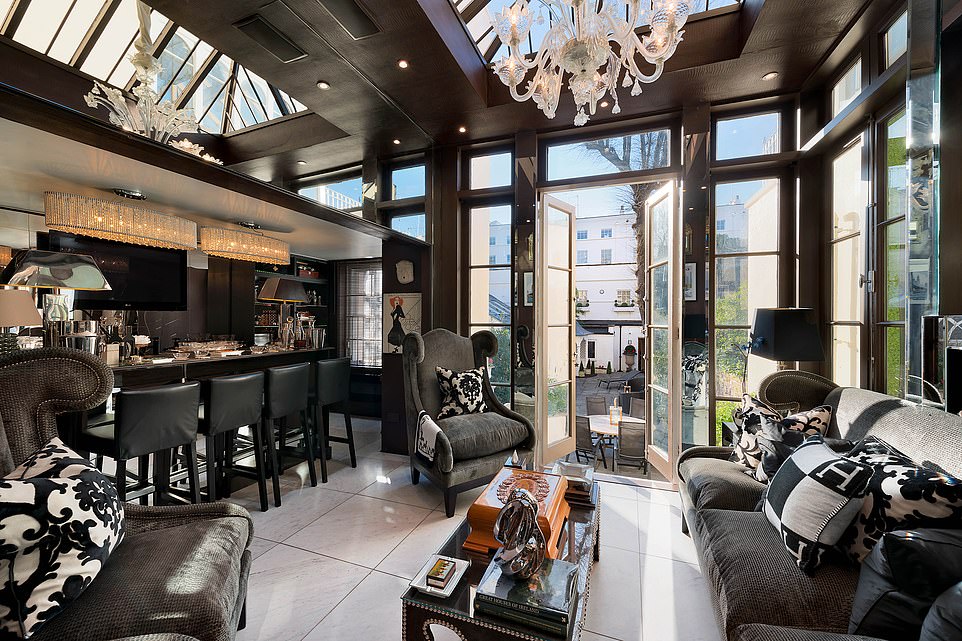 The house’s orangery was painted in black and hosts its own bar, opening to a private terrace facing away from the street for guaranteed privacy 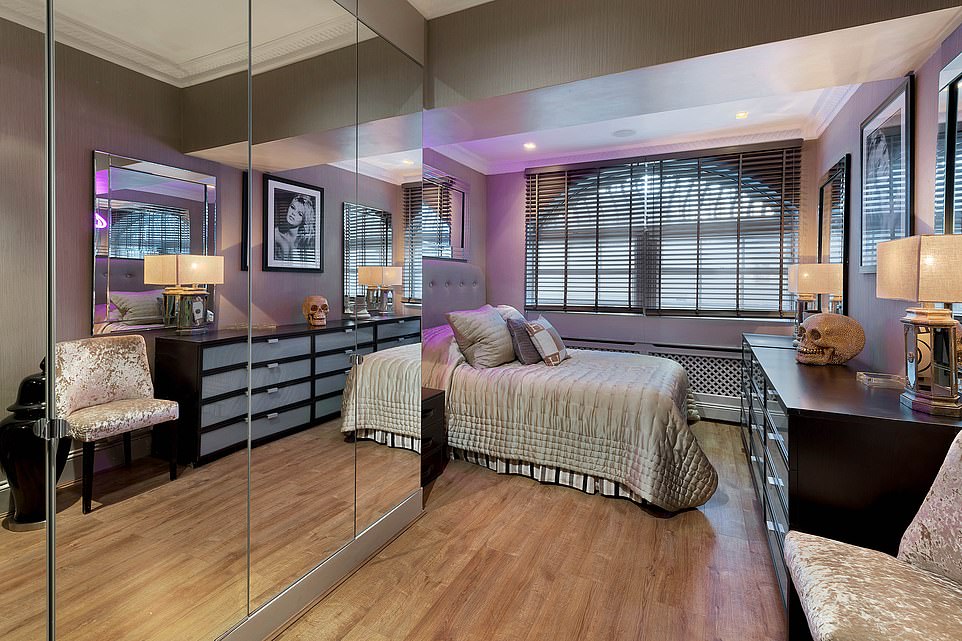 Another one of the bedrooms, which includes a large wardrobe covered in mirror, a large bed and original wall moldings on the ceilling