PrinceWilliam and Kate Middleton go way back. The college sweethearts firstgot to know each other when they both attended University of St. Andrews inScotland; they enrolled back in 2001. (Actually, the two reportedly met evenbefore that.)

It can be scary getting to know new people at college, though William’s royal title might have helped him gain a bit of confidence. But it turns out Kate, who lived in the same dormitory as him, has her morning run to thank for William wanting to get to know her. 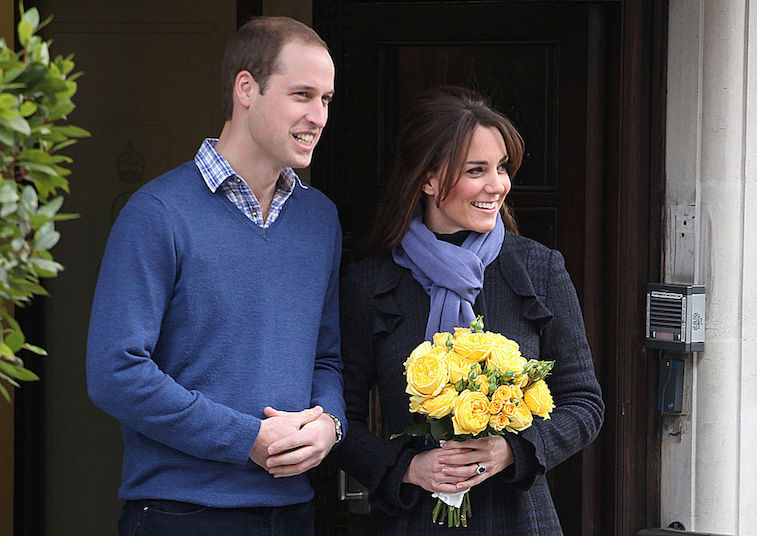 William and Kate reportedly met once before college

Unbeknownst to many, Williamand Kate’s first interaction didn’t actually take place while the two wereat school. According to royal biographer Katie Nicholl, William and Kate werefirst introduced through mutual friends back when Kate was still attendingMarlborough School prior to enrolling at St. Andrews.

Nicholl didn’t seem to get much information about that initial meeting, except that it sparked rumors that Kate only attended St. Andrews with the hope of meeting up with the prince once more.

The actual story of how William and Kate first met remains a bit of a mystery; Kate did say during the couple’s engagement interview, though, that she was nervous the first time she really spent time with the prince. However, according to Vanity Fair, it was Kate’s workout routine that prompted William to strike up a friendship with her.

Kate had been dubbed the “prettiest” girl in their freshman dorm by the end of the first week of school. And rumor has it that the duchess would go on a run each morning, which often caught William’s eye — not necessarily in a romantic way, though. Kate reportedly went for a run each morning, where she’d end up at the dining hall. And after several weeks, William finally got the courage to ask Kate to sit with him and his friends. The two got close quickly, but sparks supposedly didn’t fly until the second semester (though we’re not sure we believe that).

The Duke and Duchess of Cambridge attended a special performance of Dear Evan Hansen @dehwestend, held in aid of The Royal Foundation. The musical @dearevanhansen has been credited with helping to start important conversations about mental health between parents and teenagers. The issue of mental health is a key priority for The Royal Foundation which works to tackle the stigma and encourage more people to talk openly about their mental health. @GiveUsAShoutInsta, a free and confidential 24/7 UK text messaging helpline that supports people in crisis and was developed by The Royal Foundation, is one of four not-for-profit partners of the show which provide mental health resources to audiences and beyond. Photos © Kensington Palace / PA

William and Kate became friends quickly, but it wasn’t untilthe second semester, when William was sitting front row at a fashion show, thathe knew he wanted to be with Kate. The duchess walked the runway wearing asee-through dress with black underwear, and the prince supposedly changed hisentire perception of her.

At a party shortly after, William kissed Kate unexpectedly. However, Kate was dating someone at the time, so she pulled away. Their first kiss might not have been the fairytale that some expected (are kisses ever romantic at college parties?), but once Kate learned William’s true feelings for her, it didn’t take long for the two to make their relationship official.

Two breakups and three kids later, they’re happier than ever

William and Kate hit a few speed bumps during theirrelationship. The couple took a brief break in 2004, then again in 2007. Thelatter lasted about four months, and distance played a large role in the twogrowing apart. However, they ultimately got back together and wed four yearslater in an elaborate ceremony watched by millions.

These days, William and Kate are two of the world’smost-loved royals. They’ve welcomed three royals of their own and are gearingup to take the throne themselves someday.