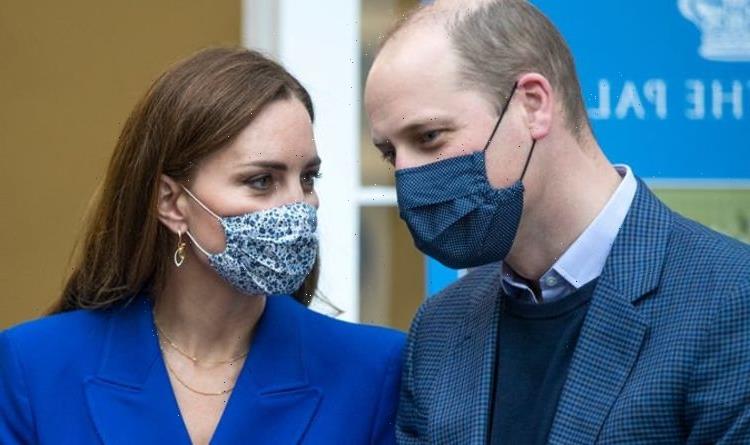 Kate, Duchess of Cambridge, 39, and Prince William, 38, were reunited in Scotland yesterday for the final leg of a whistlestop tour. The Cambridges first met while students at St Andrew’s University and Scotland holds a very special place in their hearts.

Since graduating from St Andrew’s in 2005, William and Kate have returned to Scotland on several occasions and a body language expert has flagged how their dynamic has changed in recent years.

Body language expert and author Judi James compared photos from the Cambridges’ previous trips to Scotland with ones from their current visit and shared her insights with Express.co.uk.

According to the analyst, the future king and queen have grown in confidence and seem more laid back on their latest trip.

Judi said: “The Cambridges first met in St Andrews, they visited Scotland the year they married, and Kate provided a very affectionate blast of blue and green tartan with the outfit she wore to Aberdeen in 2019 to suggest loyalty and affection for the place.” 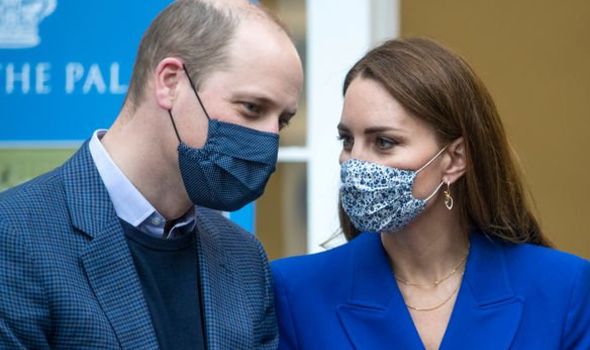 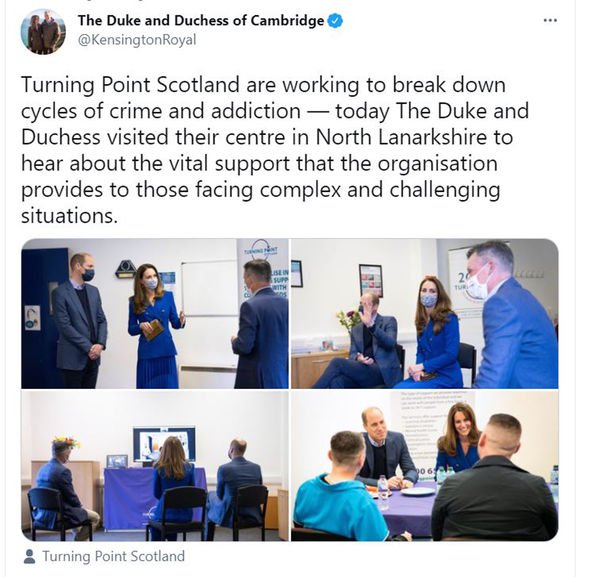 Judi added: “Like every other aspect of their lives, a royal trip to Scotland is now mired in controversy but the couple’s body language response seems to be to appear at their most relaxed, natural and fun-loving.

“William, in particular, appears to have dropped his guard at moments in a way that has not been seen much before and looking back through the archives of their previous visits we get a chance to see how dramatic his change of behaviour, in particular, has been on this most recent visit to Scotland.”

From graduation day in 2005 to their ongoing visit, Judi has analysed a selection of photos and highlight how the Cambridges have transformed since university.

Judi said: “The beauty was still there but this was very much Kate the free-wheeling student in the days before her now-signature dazzling, symmetric royal smile was perfected and she was looking slightly more wary and even shy of all the camera attention. 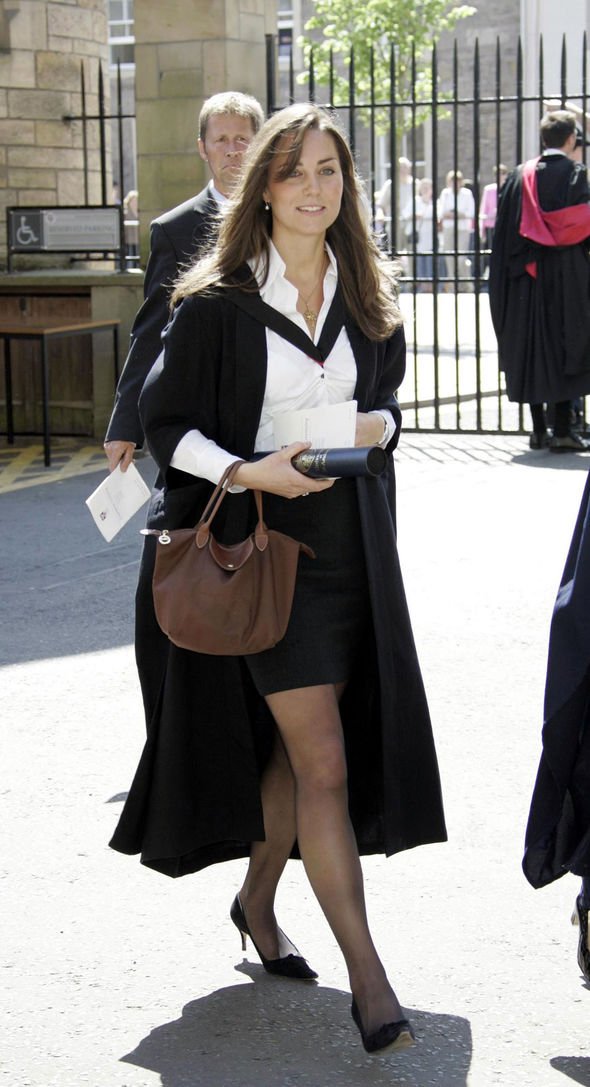 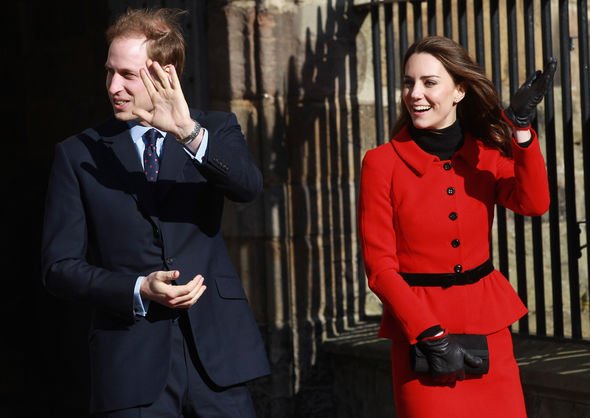 Kate and William visited Scotland in the same year as their wedding and the trip down memory lane showed the loved-up couple were still getting used to life in the public eye, Judi claimed.

She said: “They were clearly blissfully happy during this year of their wedding but William’s body language rituals suggest a man still coming to terms with and wary of all the press and public interest their marriage had stimulated.

“There is a reasonably large spatial gap between the couple and, with Kate tending to keep both hands on her bag, it looked as though their famous ‘No PDAs’ rule was firmly in place.

Judi added: “William is seen using what look like subconscious barrier gestures, bringing his hands up and holding a programme in front of his torso, suggesting a desire to hide.

“The couple did display one ongoing trait that showed the strength of their love and the levels of their like-minded affection though: their mirroring of one another was strong even back then.”

Judi said: “Eight years later and there is still a sense of formality about William’s body language, with one hand still raised in a barrier gesture to suggest an air of wariness or inner discomfort.

“Kate had grown in confidence by now though and was emerging as a royal powerhouse in her own right.

“There was more extended eye contact between them now and this pose is a good illustration of how Kate appeared to be helping William to relax and joke and communicate more in front of the cameras.” 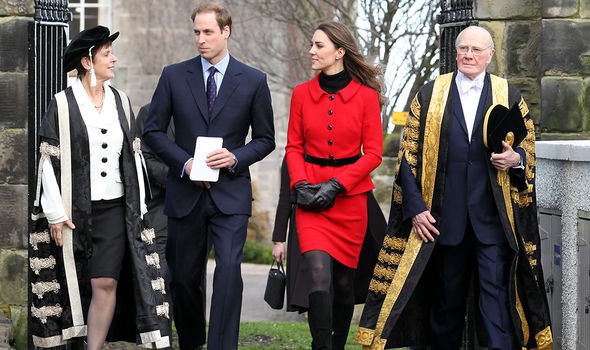 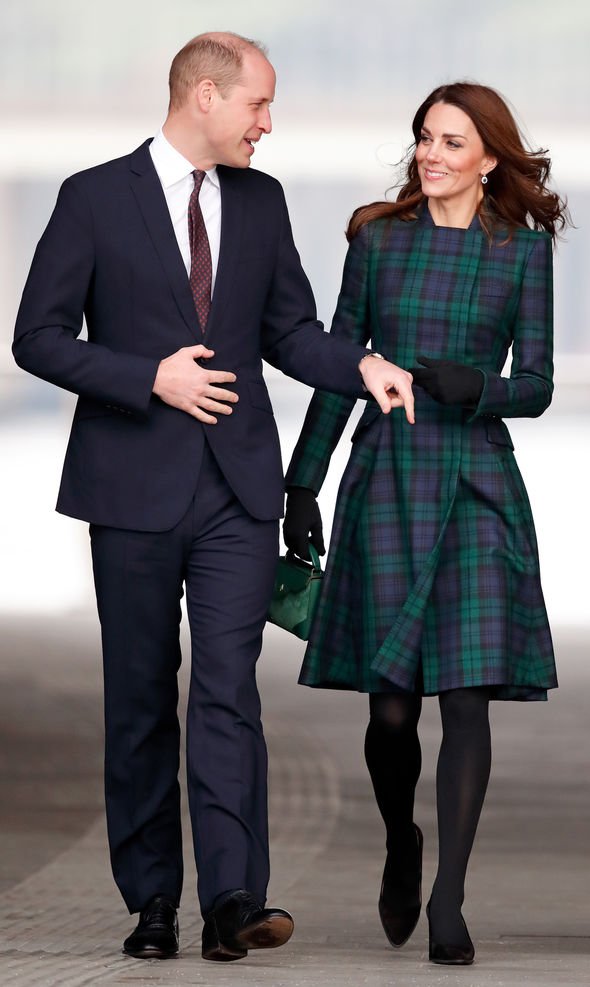 The Cambridges seemed to have come into their own on this latest visit to Scotland and display a “very different” side to their relationship, Judi claimed.

She said: “This trip to Scotland showed a very different version of William.

“Parenthood three times over; all the controversies from the US and a rather force-fed stepping up of William and Kate in terms of their profile as future king and queen has, possibly counter-intuitively, made the couple much more relaxed and open in their body language rituals.

“The lockdown gave the couple new virtual mediums to not just appear on but to get close and in tune with their public on and their natural success on Zoom and social media appears to have fuelled their confidence in terms of opening up.

“William, in particular, seems to have lost many of his inhibitions and the scenes of him joking with care home residents by pulling faces and mock flirting showed he’s no longer dependent on Kate to boost his confidence and to promote his fun side.

“Together the couple’s synchronicity, choreography and mirroring show how finely tuned they now are too.”