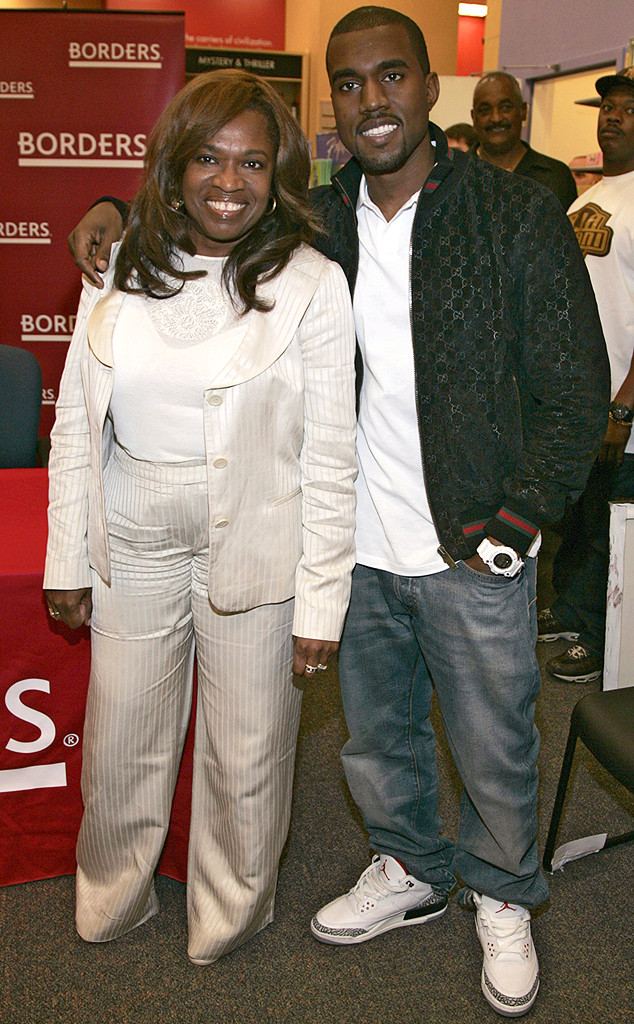 Kanye West carries the memory of his mom each and every day.

Close to 12 years after former university professor Donda West passed away at age 53, her son is sharing fond memories and making it clear that her presence is still felt.

“This would have been the funnest time of her life to have those kids running around that house and being able to like go and buy them toys,” Kanye shared in a new clip from My Next Guest Needs No Introduction with David Letterman.

In the footage first shared on Kim Kardashian‘s Twitter page, the Grammy winner also shared a special toy Donda purchased that made quite an impact.

“I remember my mother bought me a bear that was multicolored and I was very into Takashi Murakami at that time on that third album, Graduation. So she bought it,” he shared with David Letterman. “She said it kind of feels like Takashi Murakami and then I was sort of like I don’t want that. That ain’t no Takashi Murakami bear and stuff like that.”

Kanye added, “And then she passed a few weeks after and I did everything I could to find that bear and place that bear on top of all the Takashi Murakami stuff I had in the house.”

In the final moments, the rapper reiterated just how much Donda impacts his life today.

“You know, she’s here with us and she’s guiding us,” Kanye shared.

The proud father of four rarely speaks out about his mom’s death. In fact, during an interview with U.K. music magazine Q in 2015, he said he didn’t want to discuss her passing too far “because it will bring me to tears.”

“Kanye opens up to David Letterman like you’ve never seen him,” she teased on social media.

My Next Guest Needs No Introduction with David Letterman is streaming on Netflix starting May 31.

Watch a brand new episode of Keeping Up With the Kardashians Sunday at 9 p.m., only on E!