PRETTYLITTLETHING is selling a plastic see-through skirt – but you’ll need to fork out the £25 to achieve the bizarre look.

A woman has taken to Twitter to mock the transparent garment, and she said she replicated it for just £1. 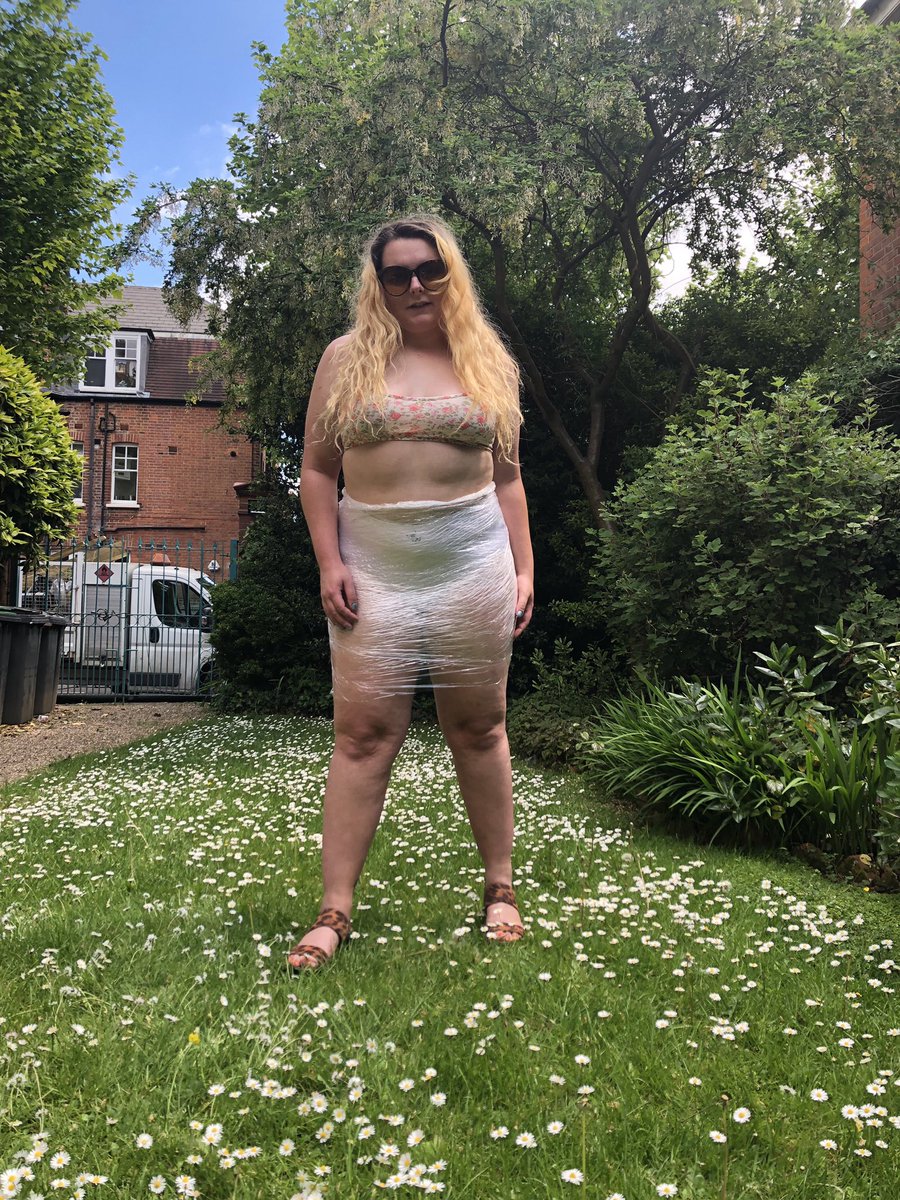 PrettyLittleThing’s skirt has been described as an item that “will make all of your festival dreams come true.”

However, a savvy fashionista called Natasha decided to make the budget version – and the results were spectacular.

She uploaded a look of her posing in the garden with what appears to be cling film wrapped around her midriff.

She captioned the hilarious shot: “@OfficialPLT bit harsh charging your customers £25 for this look when i just made it myself for less than a quid.” 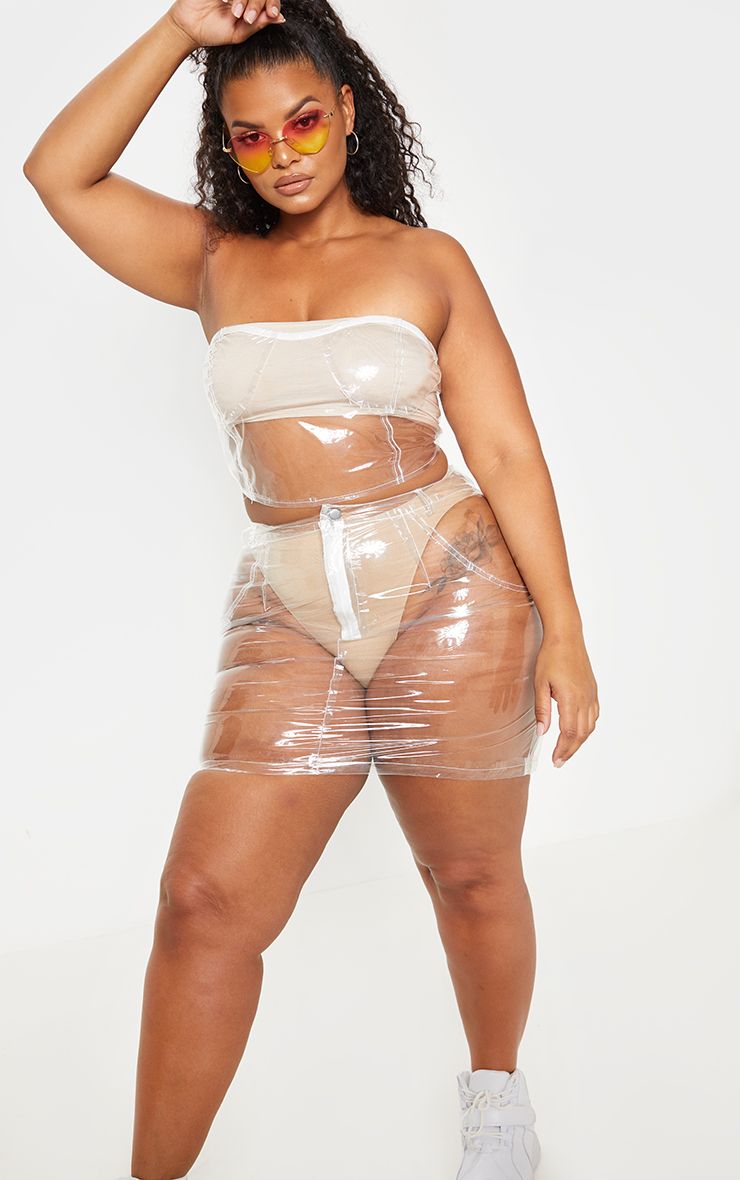 She told Metro.co.uk: “As a member of a society that is becoming increasingly aware of the impact of capitalism and fast fashion, I felt it was my duty to call out the hypocrisy of a skirt like that costing so much.

“Also, who doesn’t want to spend their Friday afternoon being wrapped up in a roll of cling film for bants.”

Although you can easily achieve look from items in your kitchen, you might have some sweaty conditions to contend with.

We sent out a model in the PLT see-through outfit, and she was left feeling “sweaty, sticky and felt like she was wearing a condom.” 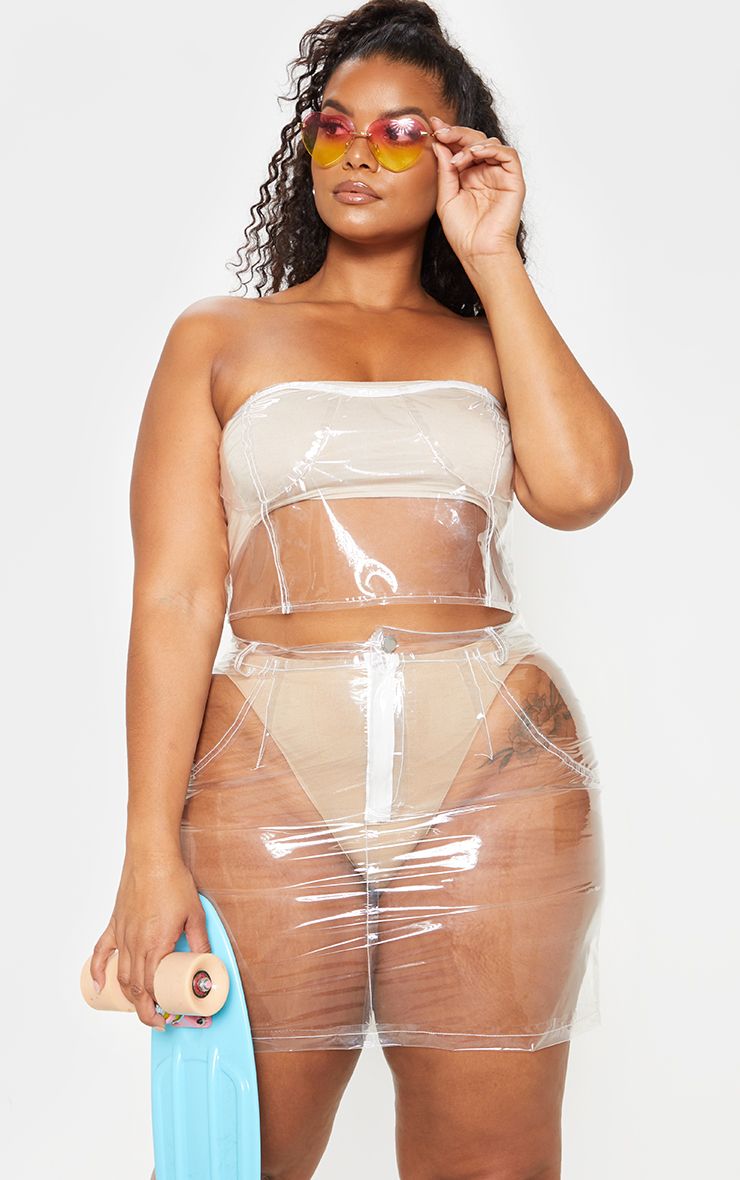 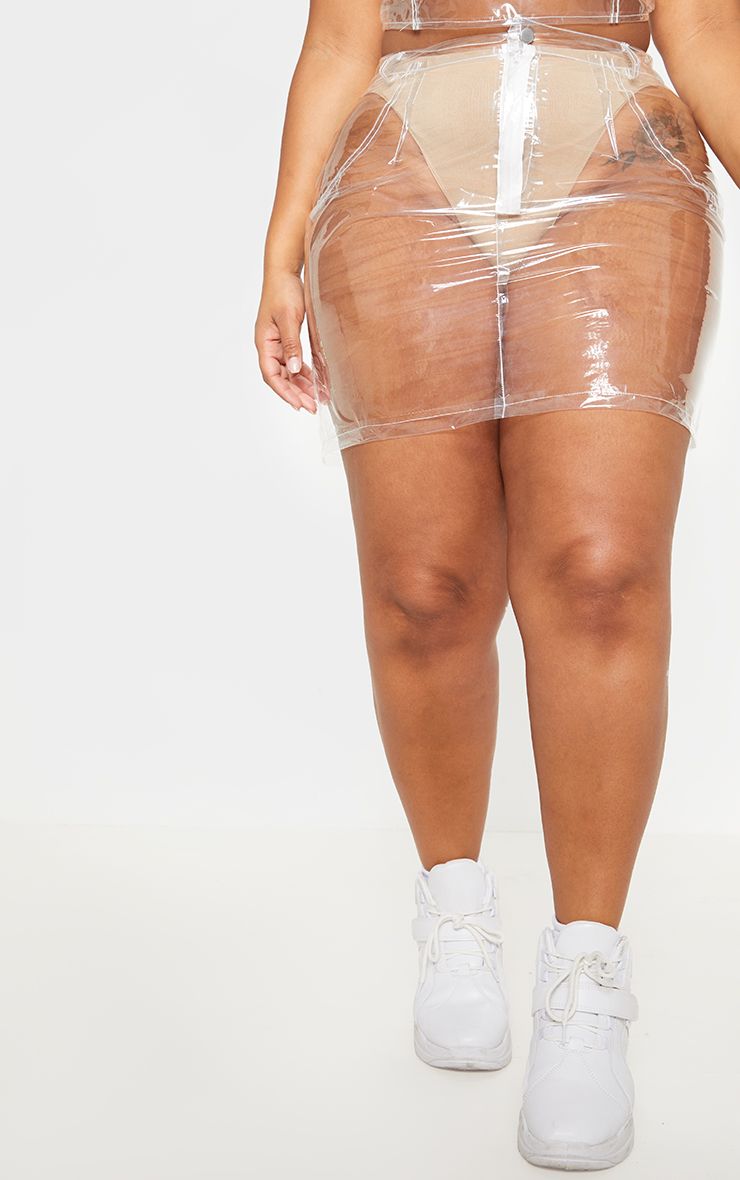 The online retailer's see-through collection includes trousers, jackets, skirts and a bandeau top, and they leave nothing to the imagination.

You may look like you’ve been wrapped in cling film from head to toe, but at least your stylish underwear underneath won’t be under-appreciated.

Despite the lack of solid material, the racy items cost £25 for the trousers and skirts, £20 for the bandeau top and £35 for the cropped jacket. 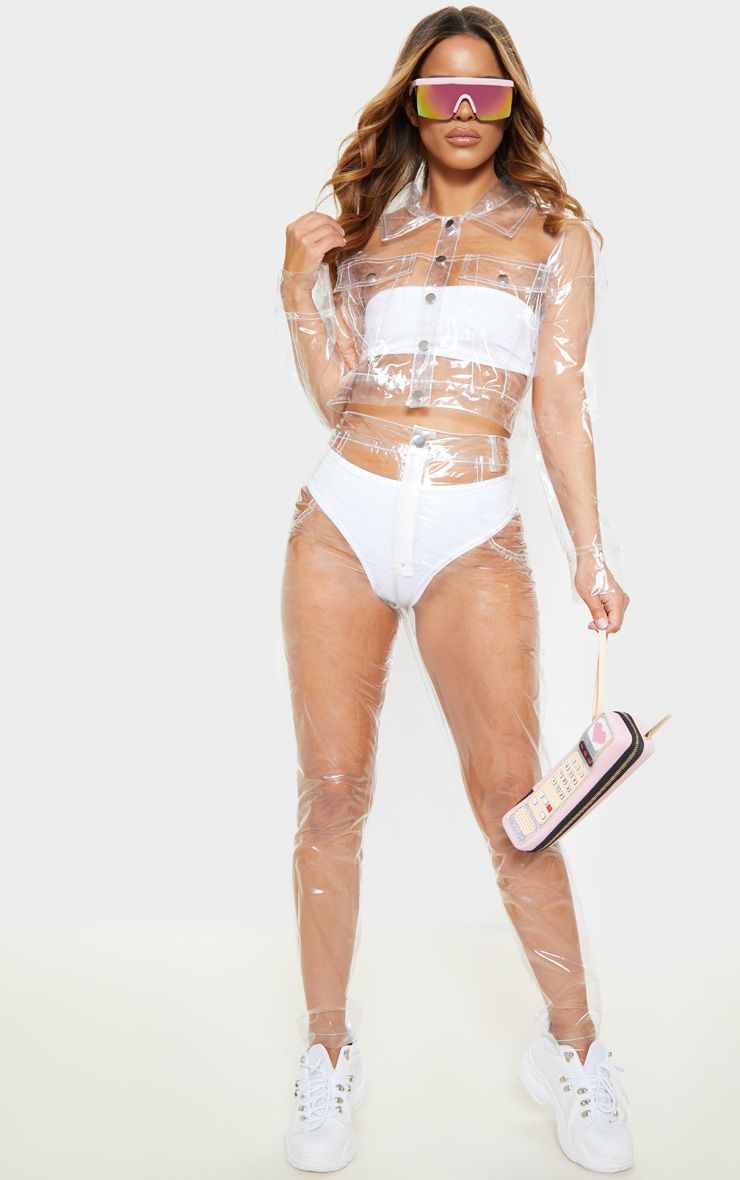 One shared images of the striking clothes, with the caption: “I.dont.understand.”

Another user replied: “I’ll get the clingfilm out. We will make a fortune”, and one added: “Don’t they stream up when you, ahem, ‘break wind’?”

So what do you think? Would you dare to bare all with these new fashion items?

In other fashion trials, we tested Khloe Kardashian's fishnet jumpsuit.

And, for a giggle read about how this student was left in hysterics after a £28 dress she bought online arrived totally see-through and is small enough to "be a sock".