The luvvies’ latest fairytale over migrants is just fairy-tale propaganda when the real crime for the government would be to do nothing but wring their hands, writes JAN MOIR

Hankies at the ready. The Refugee Council has made a promotional film which suggests the British Government is an absolute shower of dirty rotters who want to criminalise refugees trying to enter the UK — wilfully misinterpreting what they are actually trying to do, which is control the flow of economic migrants entering this country illegally.

In this tear-stained video, the council has co-opted an elite of empathetic Left-wing celebrities — aka the usual suspects — to look super-sad and serious while spouting the most heart-rending nonsense you have ever heard.

‘You’re heavily pregnant, trying to escape with nothing but the clothes on your back. You’re a criminal,’ says Daniel Radcliffe.

‘You’re in a wheelchair, trying to escape the dangers of war. You have to cross streets strewn with rubble. And muddy fields. You are a criminal,’ says Sanjeev Bhaskar. 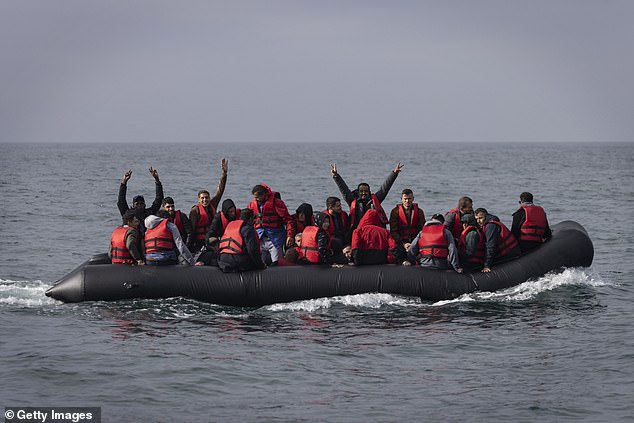 And, of course, leading the pack, hands clasped, head bobbing with intensity, let’s hear it for Dame Emma Thompson.

‘This Government wants to criminalise refugees for taking what they see as the wrong path to safety. It is not always possible to take the right path when you are running from bombs,’ she says.

No arguments there. Yet we have all seen with our own eyes that the vast majority of people arriving in illegal boats on the south coast of England are not heavily pregnant, in wheelchairs and quite possibly not — as actor David Morrissey wails — suffering from diabetes and unable to locate their medicine. We can’t be sure about that last one. Who can say? Not even him.

Some are genuine asylum-seekers of course, but are the majority? Even the most charitable must agree that’s very doubtful indeed. 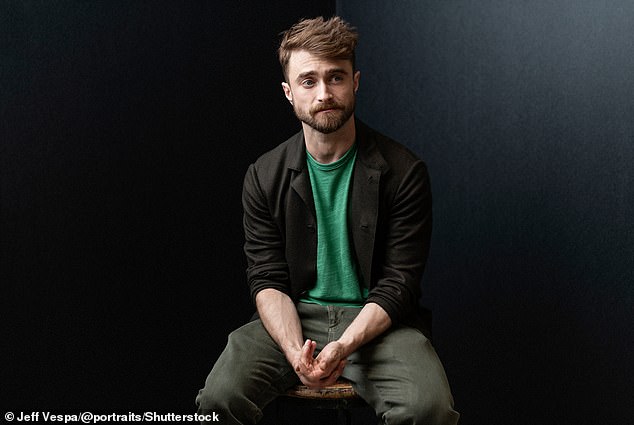 ‘You’re heavily pregnant, trying to escape with nothing but the clothes on your back. You’re a criminal,’ says Daniel Radcliffe

It seems clear that most people arriving here are young men — the kind of economic migrants who have paid people-smugglers large sums of money to get them across the Channel.

Yes, there are women and children, too. And I’m not bereft of sympathy for their forsaken plight. God knows what hell they are escaping if they think life will be better here, in a country most of these luvvies disparage as ‘Brexit Britain’ — their RADA-honed voices trembling with distaste.

Indeed, a place that Dame Emma herself described in 2016 as ‘a cake-filled, misery-laden, grey old island’. Although, to her enormous credit, she did adopt a 16-year-old Rwandan refugee, paid for his university education and had him live in her home.

So why do the migrants keep coming? If they truly were refugees — such as the ‘elderly grandmother who has trouble walking and just wants to reunite with her family’, according to Meryl Streep in the same video — surely they would fling themselves down in the first country of safety they entered, grateful simply to be alive.

Yet many choose not to do so. They travel onwards, somehow transporting themselves across Europe — plod, plod, plod — these dear grannies who can’t even walk; these poor souls in their Third World wheelchairs kindly supplied by the Syrian or Somalian governments (I don’t think), these women popping at the seams in their third trimester — all marching ever onwards towards a country that apparently wants to ‘criminalise’ them. No one arriving on our shores should be treated like a criminal — but what if they are criminals? If an Afghani who has no documents makes the crossing and claims asylum, how does the Refugee Council or the Government or Dame Emma Thompson or anyone else know whether he was the persecuted or the persecutor? 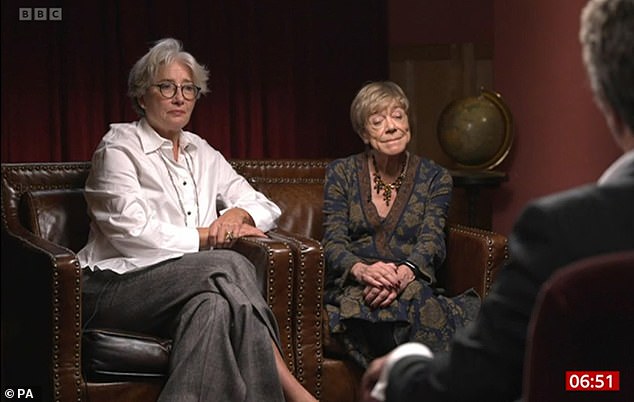 And, of course, leading the pack, hands clasped, head bobbing with intensity, let’s hear it for Dame Emma Thompson

There are reasons why so many refugees want to come here. Perhaps they have relatives resident in the UK; perhaps they want to live here because, over the decades, our civilised and wonderful country has organised itself, worked hard and established a generous benefits system, job opportunities and health care provisions which could be theirs, too.

And we have a history of being munificent; let’s not do ourselves down or paint ourselves as a nation that won’t help the international suffering in a time of crisis, because that simply isn’t true.

However, the current situation cannot continue.

Like any country, we have to control who crosses our borders, who stays here, who puts more strain on healthcare and education systems, not to mention our economy and infrastructure, which are already buckling.

Just under 35,000 migrants have crossed the Channel in small boats so far this year, the highest figure since records began — and an increase on last year’s near 29,000. And who knows how many more enter undetected.

Meanwhile, Amnesty International blames the Government — not the people-smugglers — for the deaths in the Channel because of their ‘failure’ to open safe and legal routes.

Anything that attempts to control the problem is howled down. Accusations of being racist, ungenerous and cruel quickly follow.

Yet decent, moderate democracies around the world have found ways to staunch illegal migration into their countries without being deemed fascist or totalitarian. Why can’t that happen here? 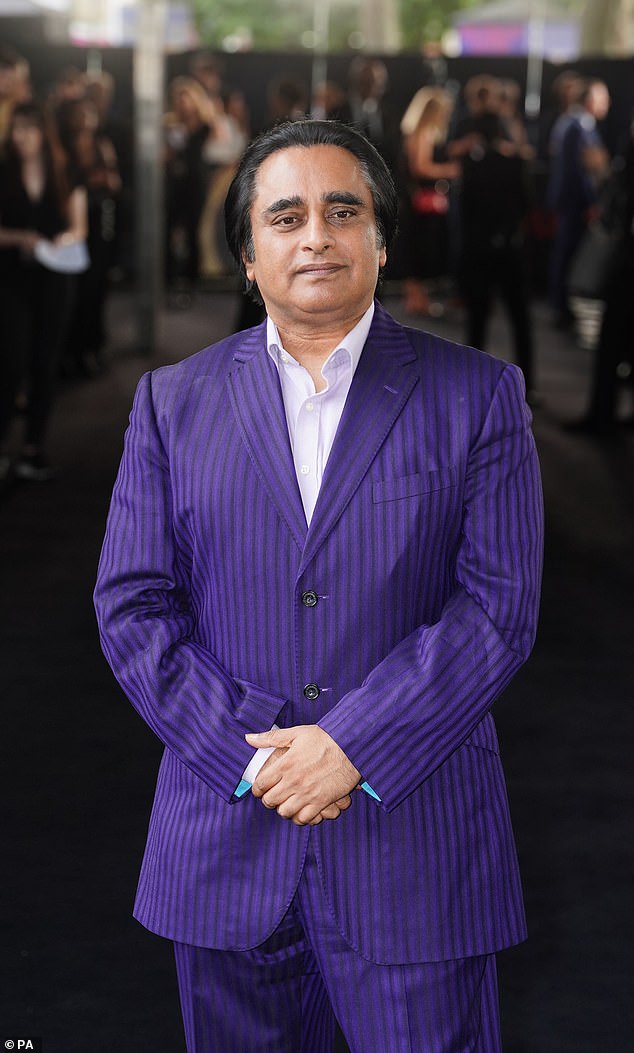 ‘You’re in a wheelchair, trying to escape the dangers of war. You have to cross streets strewn with rubble. And muddy fields. You are a criminal,’ says Sanjeev Bhaskar

The Rwanda plan is a clear strategy to deter the people-smuggling trade, but the policy has faced a series of legal challenges. Home Secretary Suella Braverman has pledged to tackle the ‘chronic’ problem of boats crossing the Channel and reconfirmed the Government’s commitment to the Rwanda plan.

At the Conservative Party Conference this week, she said it was her ‘dream’ to see the first flight leave and that she was actively seeking asylum partnerships with other countries.

Already, she is being portrayed as a demagogue Cruella with an iron fist where her bleeding heart should be. But we need to have a grown-up conversation about this situation, instead of depicting it as a simple struggle between the forces of the global innocent good and Tory evil.

Or releasing fairy-tale propaganda made by celebrities keen to be seen as compassionate, but who often have the means to insulate their own lives from the undesirable reality of this situation.

The refugee and immigrant issue is complicated and fraught with political danger — but the real crime for any government would be to do nothing except wring their hands, just like the luvvies.

Princess Anne was spotted carrying her own bags at a New York airport. Such a small thing, but I can’t recall ever seeing a royal doing this before. It makes one think that slimmed down — and how — is the only way forward.

Now Vardy scores another own goal

Vardy v Rooney Part Two. There is stupidity. There is vanity. Then there is Rebekah Vardy, a woman with all the intelligence of a boiled onion.

Earlier this year she brought a libel case against Coleen Rooney, in what became known as the Wagatha Christie trial.

Rebekah (left with husband Jamie) lost the case and now feels aggrieved she has to pay the legal costs, which run into millions. But that is how it works, darling!

Did you have any idea of the enormity of what you were doing when you engaged lawyers? Or were you just wrapped up in a self-righteous conceit and thought you could brazen it out if you wore some chic court-appropriate outfits? Certainly, the momentousness of giving evidence in court reduced Rebekah to a sobbing mess. 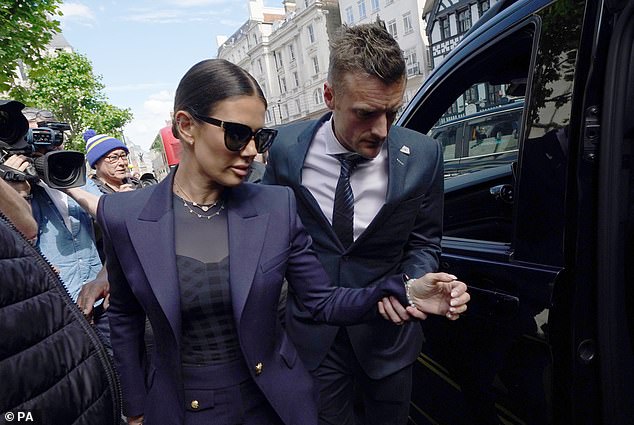 Earlier this year she brought a libel case against Coleen Rooney, in what became known as the Wagatha Christie trial

Now she has found her voice again and has demanded that when she pays Coleen’s legal costs, the money should be given to charity.

But why should Mrs Rooney do that? She’d repeatedly tried to settle, suggesting that instead of going to court, this pair of fabulously rich footballers’ wives should give a sum to charity instead of to lawyers. Mrs Vardy refused, insisting on her day in court. Now she has to pay the price.

And instead of trying to fake shame Coleen Rooney with a sudden extra-time interest in charity, she should face up to her own oniony idiocy instead.

Oh behave, Meghan! You’re so out of date

In her latest Archetypes podcast, the Duchess of Sussex has complained about toxic cultural stereotypes in the Austin Powers films. Thank goodness, about time!

Meghan was concerned about the portrayal of Asian-American women as ‘excessively sexual or violent’ — not the cruel lampooning of dentally challenged Brits. Examples given of demeaning stereotype-ridden movies were the Austin Powers films and Quentin Tarantino’s Kill Bill — all of them made two decades ago. If rehashing old hat is the best Archetypes can do, what is the point?

If Meghan wants to depict herself as a feminist saviour helping downtrodden women around the world, why doesn’t she raise her eyes towards Iran, where women are being tortured and killed for refusing to wear a veil?

Start there. Not with a silly comedy no one ever took seriously, even a quarter of a century ago. Behave, baby. 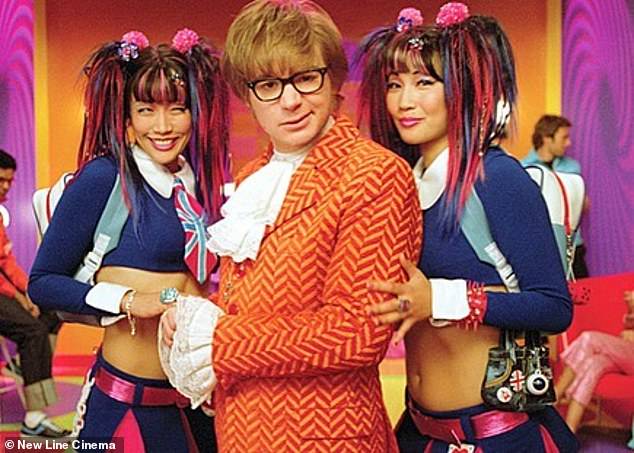 In her latest Archetypes podcast, the Duchess of Sussex has complained about toxic cultural stereotypes in the Austin Powers films

Primark has reintroduced women-only changing rooms in its stores. It follows an incident in Cambridge where a woman claimed two men walked in on her when she was trying on some clothes. ‘We want our customers to have a positive experience,’ whimpered the company.

Women taking their clothes off want women-only spaces, please. It is not much to ask.

Pamela Anderson has written her autobiography. The 55-year-old Baywatch actress reveals that her book — called Love, Pamela — will be ‘raw’ and ‘intimate’. Yikes!

Even more frightening, it will also feature ‘vivid prose’ interspersed with ‘bursts of original poetry’.

If that doesn’t chill the heart, what does? For Pammy fans, here is a genuine preview ‘burst’ from the book, which will be published in January:

You know it’s not freaky enough

To just be beautiful

I always felt sexual and blind 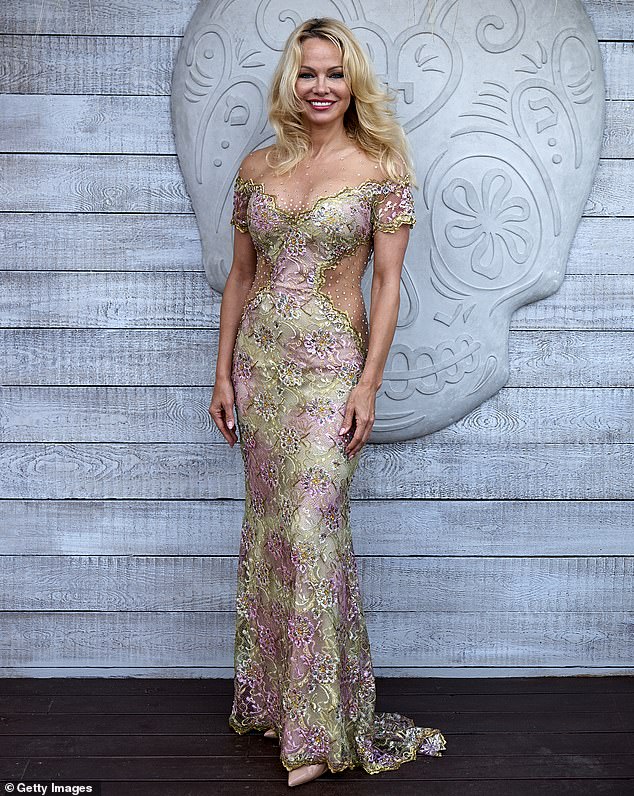 The 55-year-old Baywatch actress reveals that her book — called Love, Pamela — will be ‘raw’ and ‘intimate’

Nicola Sturgeon may nationalise the Scottish sleeper train service because it is not making any money. Aided by a £60 million subsidy from Scotland’s government, Serco spent £150 million relaunching the service in 2019 — but it hasn’t been a financial success.

Once upon a time I was a regular customer, but since the makeover the price has become gasping. A one-way single cabin to Edinburgh next Wednesday would cost you £210. It is cheaper if you book earlier, of course, but not by much.

And that is if you can get a berth. All cabins from London to Glasgow or Edinburgh tonight are sold out, so the demand is there.

Let’s recap. It is expensive, there is no shortage of takers but it makes a loss?

Hard to see how nationalisation will cure these ills, but perhaps it will be another resounding SNP transport success, just like the ferries.