Gisele Bündchen appears to be doing a hard reset on her life amid Tom Brady divorce rumors.

For the third time this week, the Brazilian supermodel was seen in public without her wedding ring, but it’s not her only public act that’s captured massive attention.

With the help of a holistic professional, Bündchen was seen in Miami holding a smudge stick to burn sage around her car — see the photos HERE. The healer also made a lap around the former Victoria’s Secret Angel’s car with her own smudge stick before leading Bündchen into an office. Bündchen was eventually seen exiting the building with the woman, who bowed to the model in prayer pose before the two hugged goodbye.

As previously mentioned, Bündchen was seen out in public two other times this week sans wedding ring, which is notable considering both she and Brady reportedly hired divorce lawyers this week.

In stark contrast, Brady posted an Instagram video promoting the success of his fitness center, TB12, with Future and Drake’s “WAIT FOR U” playing in the background — a move many fans interpreted as a subtle message to Bündchen.

The song’s lyrics seem to heavily relate to on the couple’s reported marital woes, with Drake singing “I got a career that takes my time away from women / I cannot convince you that I love you for a living.” One fan in particular commented, “The song choice is wild,” implying Brady may have been making an attempt to reach Bündchen while she’s seemingly plowing forward with a divorce.

A source told Page Six, “As with many marriages, [reasoning for their separation is] not just one thing. Gisele has made it clear that she worried about Tom playing football and that they had had many talks about it,” continuing, “But they have had a series of blowups over the past few years, and this time it looks like there’s no going back.”

With the couple under the watchful eye of the media due to the swirling split rumors, we’re sure we won’t have to wait long for the next news on Bündchen and Brady’s marriage. 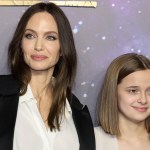 Before you go, click here to see the longest celebrity divorces that took years to get finalized.