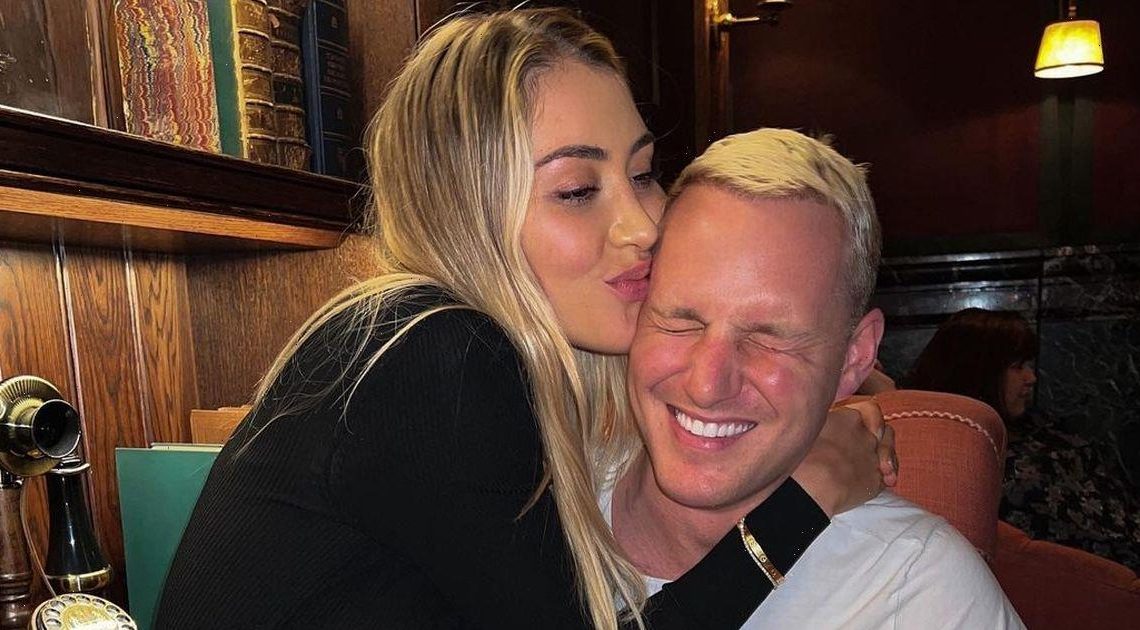 Jamie, 33, and fellow Made in Chelsea star Sophie, 28, took to social media to share the happy news on Saturday 18 December, much to fans' delight.

The pair were instantly inundated with congratulatory messages from family members and fellow celeb pals, who flocked to wish the newly engaged couple well.

Jamie also shared several details about the romantic proposal he staged for Sophie, which saw his now-fiancée overcome with emotion.

The star got down on one knee at the Rosewood London hotel, where he and Sophie shared their first ever date over two years ago.

Jamie had one of hotel's prestigious suites transformed with rose petals scattered across the floor and tea lights dotted around.

A series of envelopes, which continued handwritten notes, had also been placed on the floor in a sweet gesture.

Sharing a snap of the gorgeous arrangement, Jamie told his followers: "Couldn't be happier!! And in the place where we had our first date @rosewoodlondon. Just the most special evening."

Another shot showed a bottle of Champagne and a bouquet of yellow roses set out on a table for Sophie, alongside a white cap with the words 'Mrs Laing-to-be' written on it.

Sophie could be seen wearing the cap as the pair announced their engagement on Instagram with a sweet video.

The 28 year old was also presented with several bouquets of roses, which surrounded her as she excitedly posed by with a bottle of Champagne.

She later read Jamie's romantic handwritten letters which reduced his fiancee to tears. Jamie posted a photograph of an emotional Sophie, writing: "Reading my letters I wrote her…. Happy tears I think”.

The couple appeared ecstatic as they announced the news, with wife-to-be Sophie telling fans: "WE ARE GETTING MARRIED!!!!!!!!!!!! I cannot wait to spend the rest of my life with you @jamielaing."

Jamie echoed the statement, writing: "I couldn’t think of anything better than spending the rest of my life with you @habboosophie."

The pair's friends and family were also overjoyed, with Made in Chelsea star Jamie sharing a selection of clips showing their loved ones' reactions.

The video featured the likes of Melissa Tattam, Sophie’s mum Sarah Wigley, and Jamie’s younger sister, Emily, who all excitedly congratulated the couple.

Jamie and Sophie began dating back in 2019 and their early relationship was heavily documented on E4 show Made in Chelsea.

They then took the plunge and moved in together during lockdown, with their romance continuing to go from strength to strength.

While both were once regulars on the hit reality show, they now appear to have taken a step back in recent seasons.

Jamie has not featured on the show at all, and Sophie's appearances have been noticeably less over recent months.

For all the latest celebrity gossip, sign up to our daily newsletter here .