Home » How to forgive and stop letting resentment hold you back 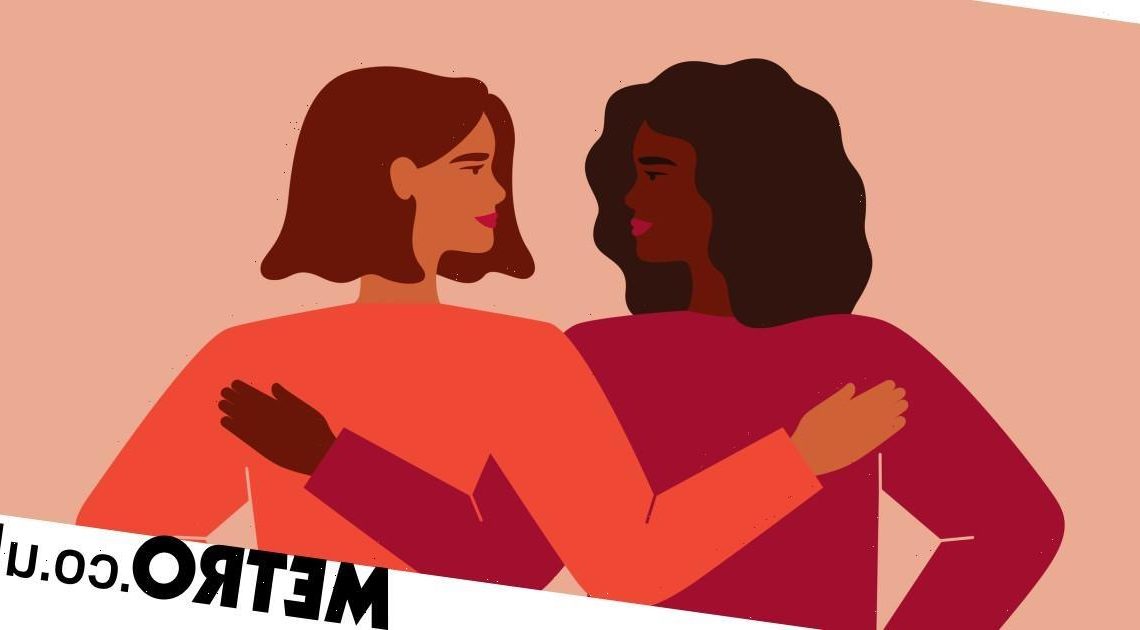 How to forgive and stop letting resentment hold you back 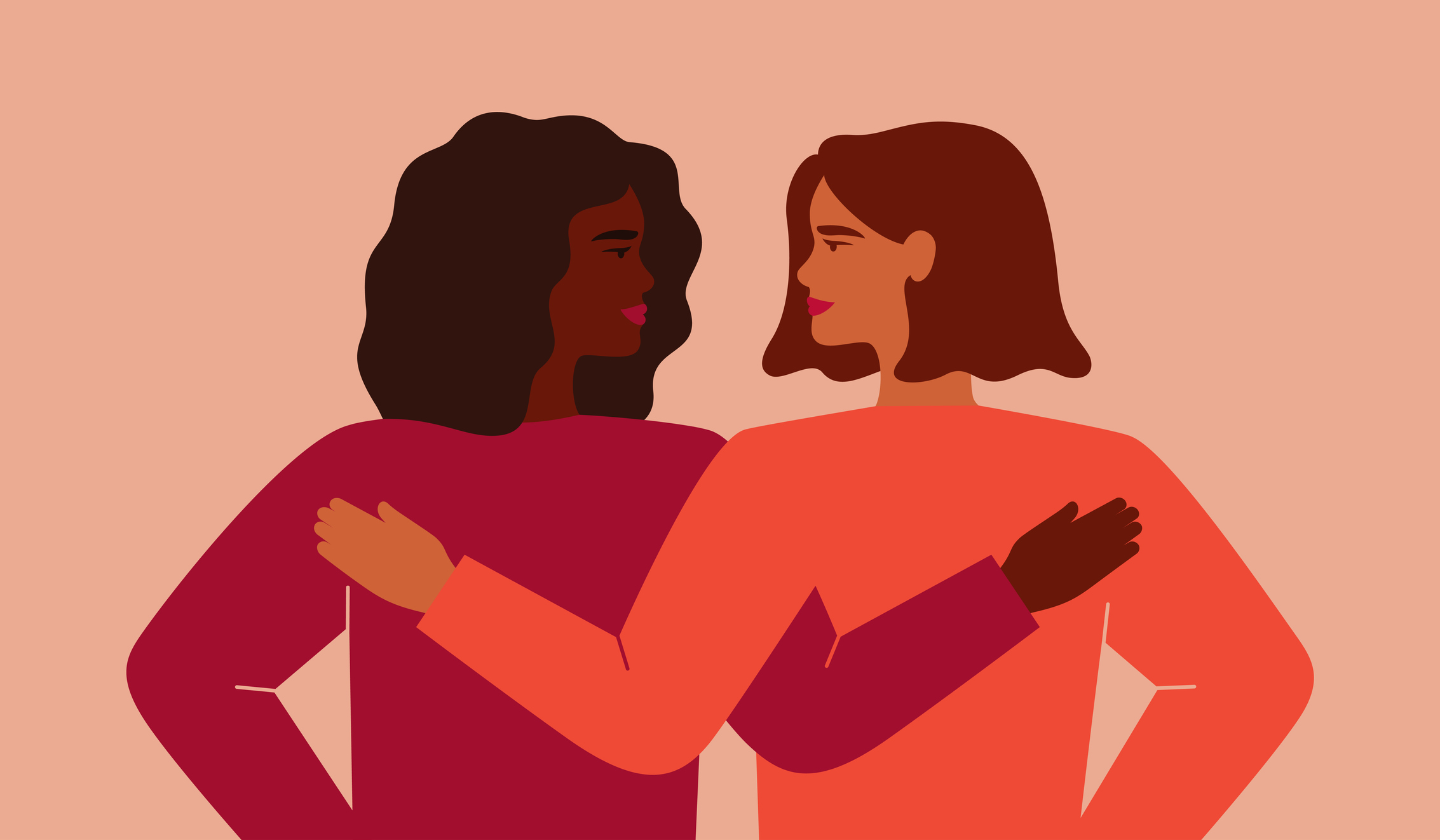 The idea of enacting revenge on someone who did you wrong is super appealing, sure.

But it’s unlikely to actually make you feel happy in the long-term.

What might be better is aiming for forgiveness – but that can be easier said than done.

Forgiving isn’t as easy as forgetting, and it can take some work to genuinely heal from a betrayal.

As with any skill, though, the ability to forgive is something you can practise and improve.

We chatted with Nima Patel, the founder of Mindful Champs and a certified Conscious Parenting Coach, for her essential steps to forgive, move forward, and stop letting resentment hold you back.

Let’s get into it.

Recognise that forgiving someone doesn’t make you weak

Nima tells Metro.co.uk: ‘People often hold on to pain and anger; whether someone hurt you 10 years ago or 6 months ago, we convince ourselves that we can’t afford to move past these emotions because this would”‘let them off the hook” and simply wouldn’t respect the hurt that they’ve caused.

‘We believe forgiveness is a sign of weakness and that we’re strong and forthright if we hold onto our resentment, punishing those who have done us wrong.

‘This is not the case at all because, when we hold on to these painful emotions, we’re only holding ourselves back from moving forward.’

Forgiveness is a brave, strong thing to do that sees you letting go and allowing everyone to move forward in a healthier way.

It’s an act of self-love, freeing yourself from that gnaw of anger and upset.

Often, we’re unwilling to forgive because we just want to protect ourselves from pain. It’s far easier to distract yourself with anger or plans of vengeance than it is to sit with hurt feelings.

To be able to forgive, you’ll need to consciously recognise this and actively shift your perspective.

Nima says: ‘Remaining stuck in this mindset will hinder our personal growth. To develop a more positive outlook you must shift this mindset, instead understanding that forgiveness benefits your own wellbeing; it is a form of self-care, not self-sacrifice.

‘By learning to forgive you’ll feel more centred, empowered and energised as you’ll no longer find yourself brewing negative emotions, nor giving away your power to another person.

‘Moving forward and forgiving really is the key to living a happier, resentment-free life. This is not weak, it’s arguably the highest form of emotional intelligence and empathy, things we should all value immensely.’

Think of forgiveness as a ‘detox’

‘Sometimes it helps to visualise your feelings to better understand how they’re holding you back,’ says Nima. ‘Think of forgiveness as the cure for a metaphorical poison within your body; resentment and bitterness are incredibly toxic and chip away at your wellbeing, in this sense these emotions really are poisonous.

‘Forgiveness is like a detox; instead of green teas and juice cleanses, you’re simply embracing something that’ll help you overcome the negative side-effects of emotional pain, letting go of stress that’s been building up inside of you for far too long.

‘If you’re filled with anger and sadness about a specific person or event, this will put a strain on your body.

‘We must bear this in mind; nothing is more important than our health and if forgiveness can make you not only a happier person but healthier, I really see no downsides.’

Try to be empathetic for the person who did you wrong

Rather than jumping straight to ‘they’re a bad person’, try to understand why the person who hurt you acted the way they did.

Did they have good intentions? Have their own negative experiences impacted how they handled a situation? Was there something bigger going on?

It’s not about excusing bad behaviour, but starting to understand on a deeper level why it might have happened.

Write a letter to the person who has caused you pain

Don’t worry, you don’t have to send it.

Nima says: ‘Sometimes having a conversation with the person you’re trying to forgive might not be feasible, or perhaps you’d like to better prepare yourself before you speak with them; in any instance, I would highly recommend writing a letter to the person who’s caused you pain.

‘You don’t even need to send the letter; this is simply an opportunity to express your feelings and reflect on them.

‘Delve into what happened, how you felt and how you feel now.

‘Tell them that you’re letting go of what happened and you’ll subsequently feel lighter and more optimistic moving forward.’

Remember what we said about forgiveness helping you heal? That’s important.

Write out your feelings and try out affirmations to see if these help you on your journey to feeling better.

‘This will make you more in-tune with your own emotions, understanding of others and objective as you review each day/conflict thoughtfully,’ Nima explains. ‘Some affirmations that’ll help include “I acknowledge my mistakes and whole-heartedly forgive myself”, “I replace my anger with compassion”, “Forgiveness is a strength” and “Forgiveness is not forgetting or condoning the hurt someone has cause me. It is releasing their behaviour’s hold on my life so that I can move on and find peace”.

‘Affirmations like this will remind you daily of what’s most important, helping you to become a more forgiving person with each passing day.’

Consider how your forgiveness impacts the people around you

Holding on to anger and resentment doesn’t just affect you and the person who did you wrong, but other people around you, too.

Could forgiving and moving forward make other people in your life happier and healthier, too?

‘Failing to forgive someone doesn’t give you more power, instead it leaves whoever caused you pain in control of your emotions,’ says Nima. ‘If you remain upset and resentful, you’re letting their actions decipher the path you’re on, how you interact with others and ultimately the person you want to be.

‘Remember that you want to be in control of your emotions and the only way you can be is by freeing yourself from the influence of others.’

Give yourself time and don’t get frustrated if forgiveness isn’t a simple, instant thing.

‘It’s important that you recognise how difficult forgiving someone can be; allow yourself to feel those emotions and don’t rush the process,’ says Nima. ‘We’re only human and more often than not forgiveness isn’t instantaneous, it takes time and isn’t something we should put ourselves under pressure to do too quickly.

‘In fact, rushing to forgive too quickly might mean we’re not taking time to fully process ALL of our emotions, which could then resurface at a later point in our lives.

‘You must respect your own feelings and allow yourself to slowly see the benefits to forgiveness and exactly how you can go about doing that. Take one step at a time.’

Look to the future

Nima says: ‘One of the most effective tips I can give to help you forgive is to look to the future; if you think about all of the limitless opportunities at your fingertips, how you’re growing as a person and what wonderful things and people your future could be filled with, you’ll see that there’s no reason to hold onto old grudges – life really is too short.

‘If you have suffered a more traumatic loss or turn of events it’s important that you give yourself time and seek professional help. You must work through your feelings and emotions, seeing this as part of your journey towards a happy and healthy future.’

It’s important that you acknowledge any wrongdoing you might be responsible for.

Don’t get into a self-blaming cycle – accept the part you played and forgive yourself, too.

‘To find inner peace and forgive you must be able to look at a situation objectively and fairly; this includes recognising the part you may have played, for example, considering how you might have enabled toxic behaviour by another person, or how you may have contributed proactively to the turn of events that you’re looking to overcome,’ Nima says.

‘If you did play a role, you must accept this responsibility and accountability, forgiving yourself as well. If you brush your contributions under the rug so to speak, this will prevent you from truly forgiving and moving forward.

‘Forgiveness unlocks compassion, empathy, self-respect and truly allows you to immerse yourself in all that makes you happy, instead of focusing on prior pain and bitterness.

‘Be patient with yourself, think about those around you, process your emotions, explore mindfulness, remember the bigger picture and you’ll soon embrace a more forgiving mindset when necessary.’