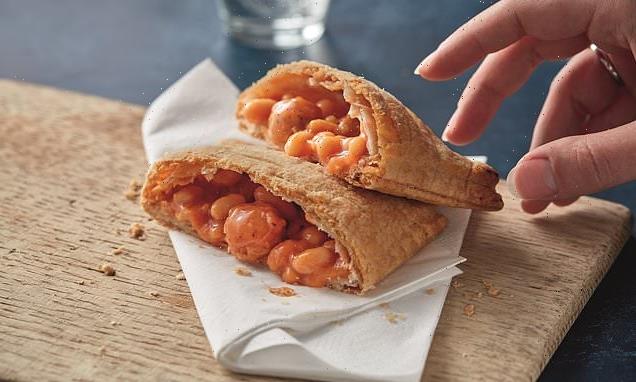 The legendary vegan-friendly sausage roll from Greggs might have to step aside now a brand-new classic has turned meat-free.

Greggs has revealed a new vegan alternative to the classic Sausage, Bean, and Cheese Melt everyone raves about is heading to stores this week

The new £1.60 Vegan Sausage, Bean and CheeZe Melt will arrive in stores on 5th August nationwide, the bakery chain has now confirmed.

To mirror the delicious ingredients in the original bake, the vegan-friendly version is loaded with pieces of vegan sausage, grated mozzarella-flavour CheeZe, and tasty baked beans.

The new vegan bake has left fans thrilled that Greggs is launching a bigger plant-based menu, with many taking to Twitter to express their appreciation for the launch, saying they ‘can’t wait’. 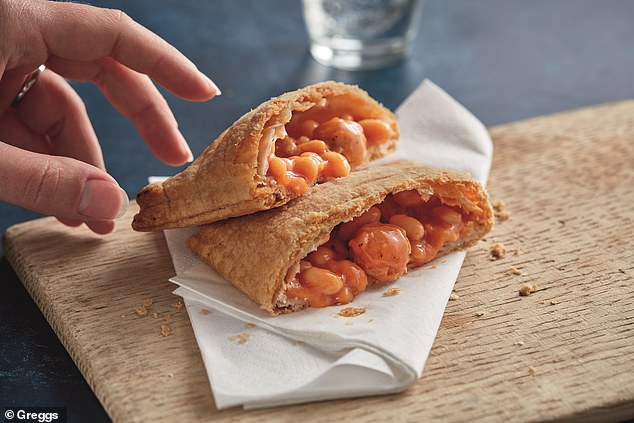 One delighted fan even shared a screenshot of a message she sent to Greggs in June 2019, asking for a vegan version of the Sausage, Bean, and Cheese Melt.

‘My prayers have been answered. I’ve been begging to get my hands on this for years,’ she wrote. ‘Can’t wait’.

Another labelled the launch a ‘gamechanger’, while a fellow fan said that their breakfast and lunch is about to get a lot more interesting.

The leading food-on-the-go retailer teased the new arrival in a tweet, saying: ‘The Vegan Sausage, Bean and CheeZe Melt is coming. WARNING, it’s a bit of a mouthful.’ 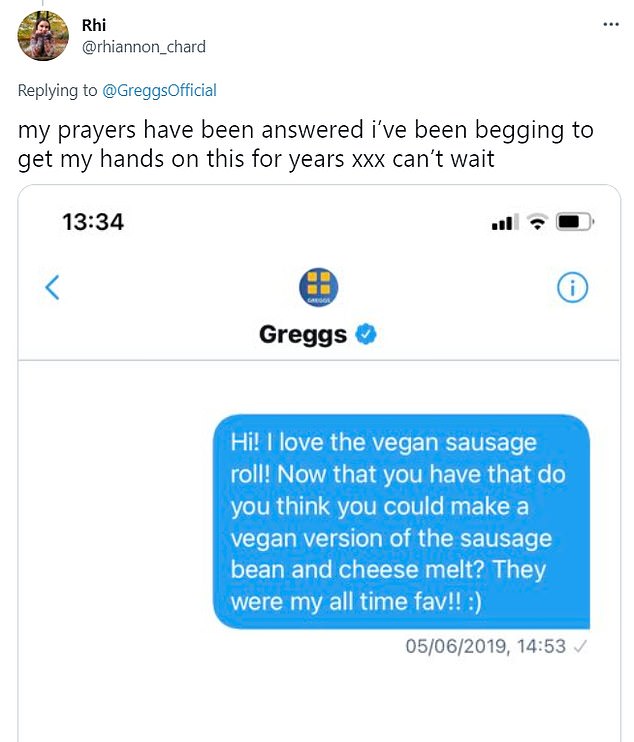 Delighted fans took to Twitter to share their excitement over the launch, with one revealing she’d been begging the bakery chain to introduce the melt since 2019

‘Now another LEGEND has been veganed’.

Customer director at Greggs, Hannah Squirrell, said: ‘We mark another milestone as we continue with our journey to become our customers’ favourite destination for food-on-the-go.

‘The latest addition to our menu gives customers another vegan friendly alternative to one of our most iconic menu items.’ 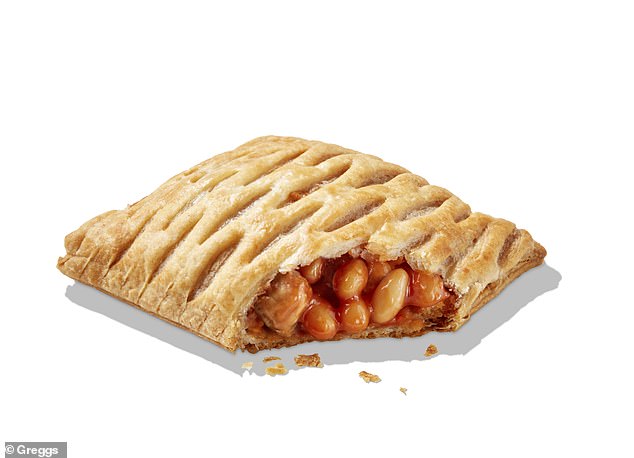 For those who don’t want to leave the office, or their homes can grab a Greggs from their click and collect service they now have on offer, found on their website or app.

The latest pasty hopes to bring the same demand just like the Vegan Sausage Roll and Steak Bake which landed back in 2019 and 2020 respectively.

They both caused queues right around the block of stores on launch day with the majority of shops selling out in minutes.

Greggs now has a click+collect service on its website and app for those hoping to beat the queues and is also available on Just Eat.

It follows on from another recent vegan launch by the bakery favourite, in the form of its first ever plant-based baguette.

Launched earlier this month, the sandwich is made with Quorn Ham and dairy free ‘cheeze’, costing £2.95 cold or £3.20 if heated up.

Iceland offers: Get three for £5 on picnic food and discounts on snacks

The Dark Side of Mena Suvari’s Hollywood Dream
Entertainment