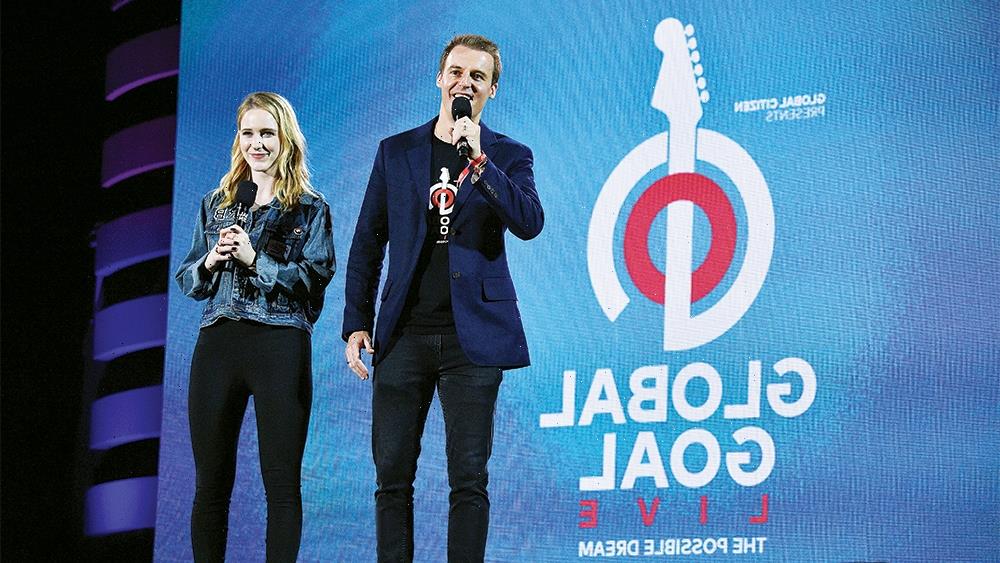 Global Citizen has unveiled a list of entertainers and luminaries that includes more than 40 major music artists that will take part in an April campaign to urge governments to up their contributions toward supporting humanitarian efforts for Ukraine.

Among those taking part in “Stand Up for Ukraine,” which is being described as a “social media rally,” will be Madonna, U2, Billie Eilish, the Weeknd, Radiohead, Luke Combs, Jon Batiste, Juanes, Garth Brooks, Billy Joel and the Red Hot Chili Peppers.

Ukraine’s president, Volodymyr Zelenskyy, is part of the campaign. In a statement, he said, “On April 9, the biggest online event ‘Social Media Rally’ will support people who were forced to flee Ukraine. I’m inviting everybody: musicians, actors, athletes, businessmen, politicians, everybody. Everyone who wants to join this movement and ‘Stand Up for Ukraine.’”

An announcement Monday said that the artists, athletes and actors will “take to social media to galvanize citizens across the globe to unite and speak out to governments, institutions, corporations, and individuals, asking them to provide additional emergency funding needed to help the millions displaced by the invasion in Ukraine, and to those on the move worldwide.”

The campaign is not a direct fundraiser or benefit, but, like most of Global Citizen’s efforts, is aimed at lobbying governments to kick in money for humanitarian needs, this time in the midst of a refugee crisis. Global Citizen is typically most active in the areas of hunger, climate change and, recently, international vaccine needs.

Although the displaced people of Ukraine will be a primary focus of the pledging summit, Global Citizen also wants to train  the attention of governments, corporations and other institutions on emergency funding for refugee needs coming out of crises in Yemen, South Sudan and Afghanistan.

“History has shown us that conflict and poverty are closely interconnected, resulting in the weakening of the rule of law, a collapse in economic development and often catastrophic humanitarian situations,” said Global Citizen CEO Hugh Evans. “There is no doubt that the conflict in Ukraine has led to a humanitarian crisis – members of Global Citizen saw this ourselves at the Ukrainian-Polish border. Millions have fled their homes, with millions more likely on their way. Global Citizen has a history of responding rapidly to humanitarian crises, and this is no different. We’re calling for an immediate end to this crisis, and the provision of immediate financing to support refugee relief efforts not just in Ukraine but around the world.”

Global Citizen had other plans it was about to announce for the year prior to war breaking out in Ukraine, but has put those reveals on hold in the wake of the immediate international crisis.

For more information on the “Stand Up for Ukraine” campaign, go to www.forukraine.com.

The Inspector calls at the Hilton Garden Inn at Heathrow Airport

Sophia Bush Condemns Will Smith and Chris Rock After Oscars 2022 Slap: 'They Both Need a Breather'
Entertainment