Home » Lifestyle » Sophia Bush Condemns Will Smith and Chris Rock After Oscars 2022 Slap: 'They Both Need a Breather' 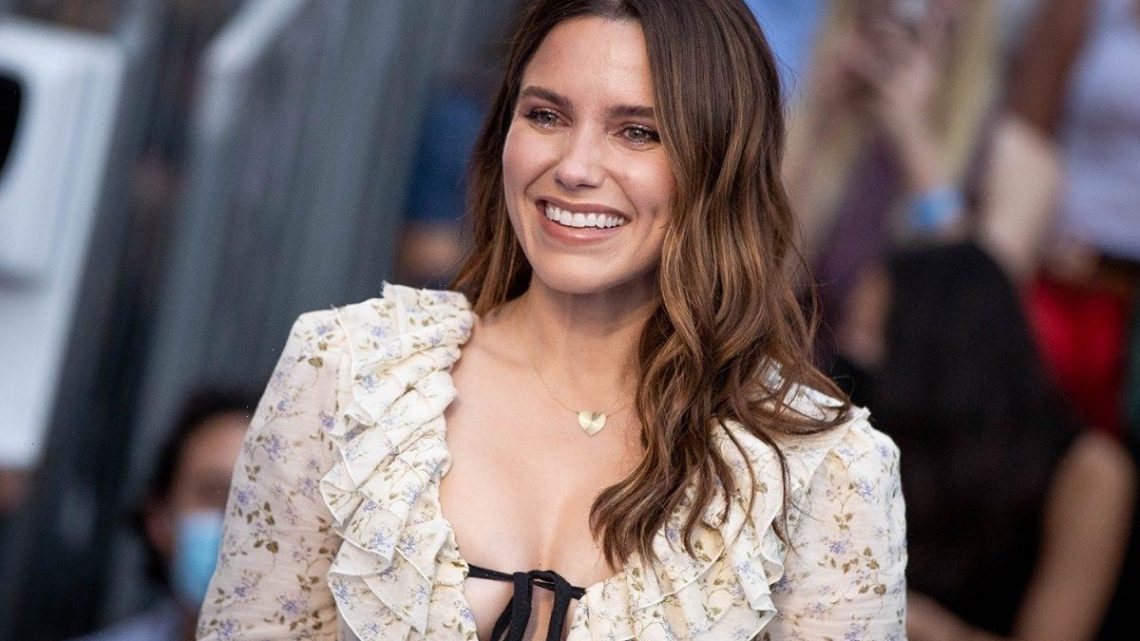 Sophia Bush Condemns Will Smith and Chris Rock After Oscars 2022 Slap: 'They Both Need a Breather'

It was a slap heard around the world, and the world wasn’t staying quiet. Many celebrities have taken to social media to comment on the shocking altercation between Will Smith and Chris Rock during the Oscars 2022 — some chose sides, while others remained neutral. Former One Tree Hill star and activist Sophia Bush joined the conversation, condemning both Will Smith and Chris Rock for their parts in the incident. Here’s what she said.

Rock took to the stage on Sunday, March 27, to present the Oscar nominees for Best Documentary Feature. However, before introducing the award, the stand-up comedian shared a few jokes about fellow attendees like Denzel Washington. Rock’s monologue included a joke about Smith’s wife, Jada Pinkett Smith, which Smith didn’t appreciate.

“Jada, I love ya, G. I. Jane 2, can’t wait to see it,” Rock said, indirectly commenting on Pinkett Smith’s bald hairstyle due to her alopecia.

Smith quickly approached Rock and slapped him before heading back to his seat, where he continued to shout at Rock. And though ABC muted the audio for American audiences, international viewers managed to catch an uncensored version of Smith’s words.

“Keep my wife’s name out ya f***ing mouth,” the King Richard star said.

Rock maintained his composure and moved on from the awkward moment rather quickly, going on to announce the nominees and the winner. However, the incident went viral on social media and remains a hot topic the next day. Many people have created memes using a photo of the slap, while others have shared their opinions on the matter. There is an ongoing debate about whether Smith and Rock were out of line.

Standing at the center of the Will Smith and Chris Rock divide was Sophia Bush, who thought both stars were out of line. She took to Twitter after the slap to criticize the situation, starting with Smith’s response to Rock’s comment.

Then, the actor shifted gears to condemn Rock for making a joke about someone’s medical condition and their appearance.

“This is the 2nd time that Chris has made fun of Jada on the #Oscars stage, & tonight he went after her alopecia. Punching down at someone’s auto-immune disease is wrong. Doing so on purpose is cruel,” Bush continued before concluding, “They both need a breather.”

Bush later followed up her tweet with a link to an article about Pinkett Smith openly discussing her alopecia, pointing out that her condition is public knowledge.

“She’s been open about it since & the Smiths/Rock have a long-overlapping circle,” Bush wrote. “Hitting [Rock] was not OK. AND [Rock’s] ‘joke’ was cruel & personal. All of it, awful.”

Bush was far from the only celebrity to comment on the altercation, and the opinions varied across the board. Actor Tiffany Haddish, for example, told the Los Angeles Times that she thought Rock “was messy” and applauded Smith for standing up for his wife.

“That’s what every woman wants, right? She was hurt. And he protected his wife, she said. “And that’s what a man is supposed to do.”

On the other hand, comedian Judd Apatow wrote several since-deleted tweets going against Smith’s actions. He wrote that Smith “could have killed” Rock and called the situation “out of control.” Additionally, he said Smith’s punches were “as soft as his raps.”