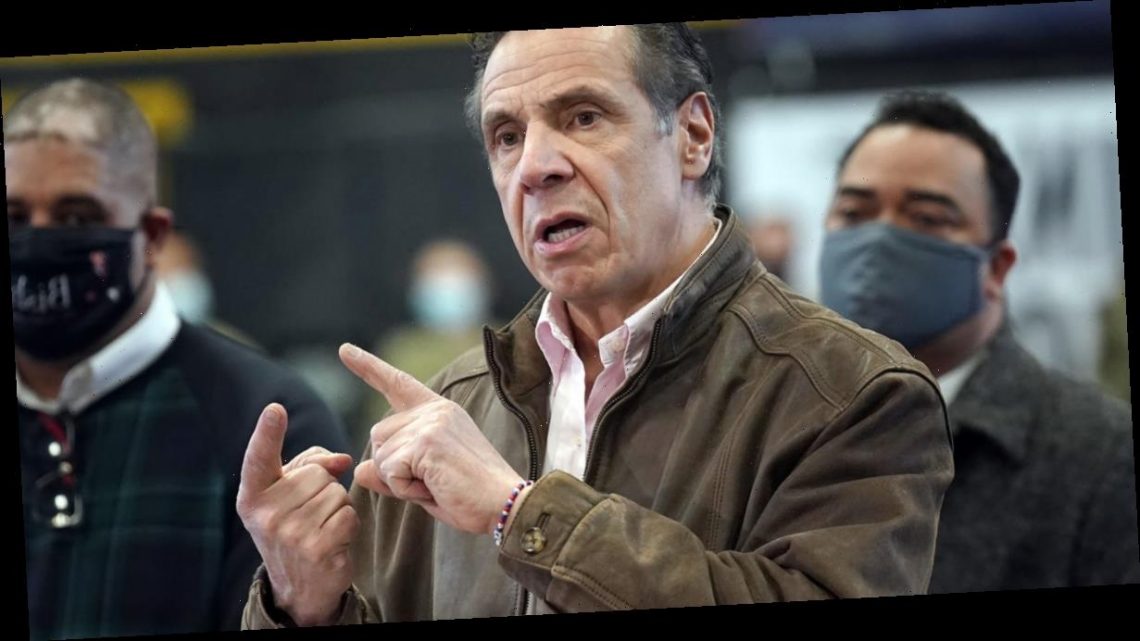 New York Governor Andrew Cuomo announced Tuesday more people would be eligible for COVID-19 vaccines in the coming days as the sexual harassment investigation against him moves forward. The embattled governor appeared at a COVID-19 vaccination site at the New York State Fairgrounds in Syracuse with local faith, labor and nonprofit leaders.

Cuomo announced people aged 60 and over would be eligible for vaccines starting Wednesday. Next week, more workers who come into contact with members of the public will be allowed to receive the vaccine.

The governor made the announcement after New York Attorney General Letitia James on Monday appointed a former federal prosecutor and an employment lawyer to investigate allegations that Cuomo sexually harassed female aides.

Joon Kim, who was the acting U.S. attorney for the Southern District of New York for parts of 2017 and 2018, will join employment lawyer Anne Clark in conducting the investigation, the attorney general’s office said.

“There is no question that they both have the knowledge and background necessary to lead this investigation and provide New Yorkers with the answers they deserve,” James said in a statement.

The lawyer for Charlotte Bennett, one of the aides making an accusation, said the selection of the two to carry out the probe showed James was taking the matter “very seriously.”

“We are encouraged by the experience and background of the attorneys who will be investigating Charlotte’s claims,” attorney Debra Katz said in a statement.

As a top federal prosecutor in Manhattan, Kim played a role in its investigations of corruption in state government, including a case against one of Cuomo’s closest friends and aides.

The appointments came as New York lawmakers were privately debating whether to join calls for Cuomo to resign, or urge patience while the investigation plays out. A group of 21 women in the state Assembly released a statement Monday asking that James be given time to complete her probe.

The group included the No. 2 Democrat in the Assembly, Majority Leader Crystal People-Stokes. The lawmakers began working on the statement Sunday night after the Senate’s top leader, Andrea Stewart-Cousins, called on Cuomo to resign.

“We continue to support our Attorney General, the first woman, and the first African American woman to be elected to this position, as she launches this investigation,” it said. “We request that she be allowed the appropriate time to complete her investigation rather than undermine her role and responsibility as the chief law enforcement officer of the state of New York.”

Cuomo, meanwhile, appeared with Black clergy members Monday at a vaccination site in New York City. The event was closed to reporters, but Cuomo said Sunday he has no intention of resigning and believes he can continue to govern.

Several women, including three former members of Cuomo’s staff, have accused him of making inappropriate comments about their appearance, asking questions about their sex life and, in some cases, giving them uncomfortable hugs or unwanted kisses.

The governor has denied touching anyone inappropriately, and said some of the allegations are false. But he has acknowledged, and apologized for, engaging in “banter” in the office that some women interpreted as flirting. Cuomo has said he didn’t realize at the time that his actions were harmful.

Separately, Cuomo is under fire for withholding data from the public and from state lawmakers on COVID-19 deaths among nursing home patients. Critics say they suspect the statistics were withheld to protect the Democrat’s image – a charge the governor has denied.