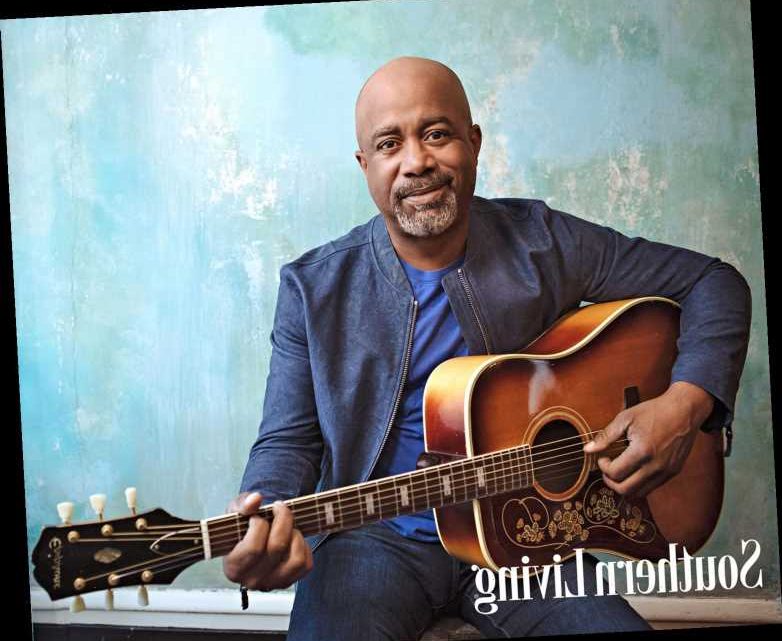 The pandemic has allowed Darius Rucker to reflect on the lessons his mother taught him.

In a new interview with Southern Living as he was named Southerner of the Year, the country star, 54, opened up about the lessons his late mother — who was a nurse — taught him during her life. (She died in 1992 of a heart attack.)

"My mom was a nurse my whole life. It was not just her job. She lived it; she loved it," he told the publication. "Her compassion for people was something she taught all of us — telling us to care about other folks and try to help."

"When you're a nurse, that's what you do. And it wasn't something she just did at work," he added. "She did it at home, in our community, and at our church." The star said the past year has allowed him to reflect on what his mom would be doing if she were a nurse during the COVID pandemic.

"My mom has been gone for a long time now, and I still miss her dearly. But during this whole thing, I've thought about her so much," he said. "If I were a kid right now and my mom were a nurse, I would never see her because she would take every shift available to help people — not just the patients but the other nurses who just need a break."

In the interview, Rucker also reflected on the charitable contributions he's made, especially to the St. Jude Children's Research Hospital, to which he's donated with more than $2 million.

"It's what my mom taught me," he said about giving back.

Along with talking about his late mother, he also revealed the last time he spent alongside late Black trailblazer Charley Pride.

"When I saw him, we talked for a minute, and I told him I wanted to come to Mississippi. I said, 'This is the perfect time. I'll come, and we'll social distance and sit and talk and drink some coffee,'" he said. "And he was like, 'Yeah, let's do that.' It was the last time I spoke to him."

"Oh, the moment for me — the whole deal, really — was seeing Charley receive that [lifetime achievement] award and get it when he was still alive," he said about last year's CMA Awards, which he hosted. "You can look at all the legends who are still around, all of whom are great, and none of them deserves it more than Charley."