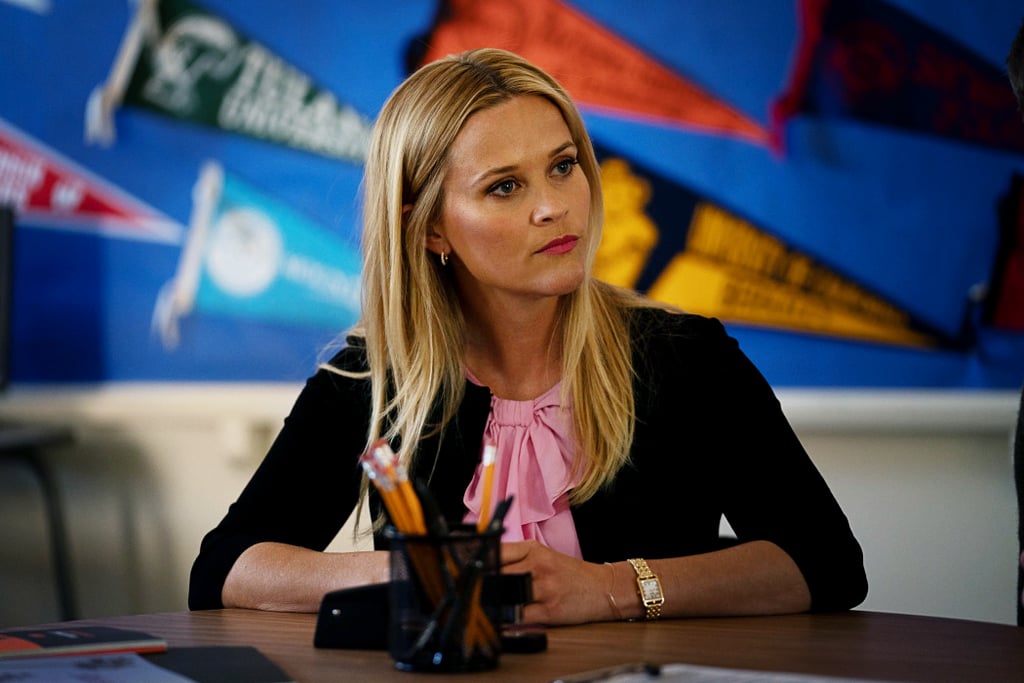 The Big Little Lies season two soundtrack has blessed us with bop after bop, but one particular song choice has fans feeling extra emotional. Toward the end of the second episode, which hit HBO on June 16, Madeline Martha Mackenzie (Reese Witherspoon) reveals to her husband, Ed (Adam Scott), that she cheated on him with Joseph the theater production director. Needless to say, he isn’t too thrilled about the bombshell, as he yells that their marriage is “done” before storming off. Later on, before the episode’s credits start rolling, Madeline is seen sipping wine alone and reflecting on her infidelity while a season one soundtrack song titled “The Wonder of You” plays in the background.

The track, originally an Elvis Presley hit, was “sung” by a Hawaiian shirt-clad Ed during the Trivia Night ball in the season one finale (“sung” because it was actually a cover by Conor O’Brien of the Villagers, rather than by Adam Scott). It’s quite the cruel full-circle moment — playing Ed’s cover of the love song yet again just moments after his heart was metaphorically ripped out of his chest — wouldn’t you agree? I mean, sheesh — the producers really had some nerve for that one.

The hearts of Big Little Lies fans practically broke right along with Ed’s when the flashback-inducing song played again, as evidenced by the emotional tweets ahead. What other curveballs are those ballsy producers gonna throw at us next? Our tear ducts are shaking just thinking about it.

Costco and Kroger Recall Frozen Berries Because of Hepatitis A Contamination