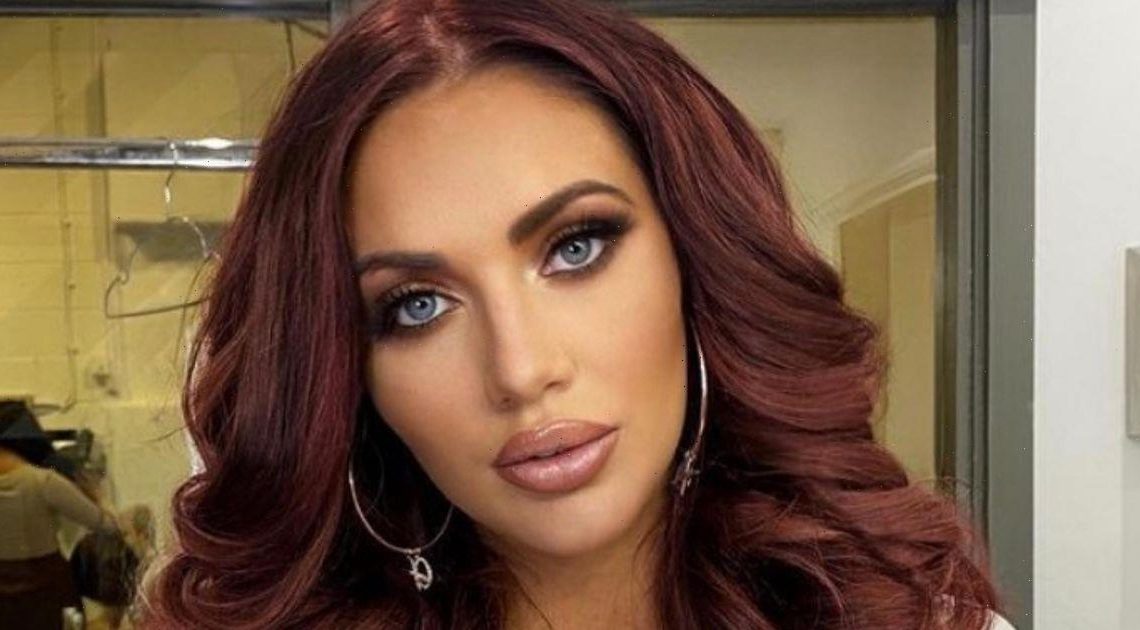 Amy Childs has experimented with several hairstyles since she launched into fame on The Only Way is Essex over a decade ago.

First appearing on the ITVBe show in show-stopping red, the reality star, 32, followed up her signature look with pretty much every hair colour possible in the years that followed.

From bleached blonde to toned down brunette, Amy has done it all and showed that she isn’t afraid to make a daring move when it comes to hair.

This was proved yet again in a throwback snap of the TV star recently posted to Instagram Stories — which revealed quite the different look fans may not have expected from Amy.

The TOWIE alum was seen in the photo sporting long black hair as she wore heavy eyeliner to match.

Amy captioned the picture: “When your PA sends me this photo. Love you @jessbolton.x”, adding laughing face emojis.

The TV star couldn’t look more different to how she appears today with her signature auburn tresses, which Amy recently returned to last year ahead of the new series of TOWIE starting.

“Have you missed me? It’s back…it’s bold… and it’s here to stay!” Amy spoke of her transformation at the time.

Fans loved Amy’s return to red, and praised her hairstyle in the comment section, as one person wrote: “Literally couldn’t be happier your red hair is back!!! you look amazingggg so fresh and about 10 years younger."

Another said: “You are definitely best a red head. I've had blonde high lights for years and have gone temporary red and love it…could I ask what colour??”

A third wrote: “This is your colour, brings out your eyes and suits your skin tone.”

The throwback photo of Amy with black hair has resurfaced as TOWIE has returned for its 30th series.

Amy is featured in the new series, along with her best friend Harry Derbridge and boyfriend Billy Delbosg.

The first of two episodes filmed in the Dominican Republic was shown as the series returned on Sunday 21 August.

In the first episode Amy spoke about losing her “body confidence”, as she said: “Honestly, over the past couple of months, I’ve lost my complete confidence. I come out here [to the Dominican Republic] and all the girls have beautiful bodies.”

Amy added that she hopes to get to “feeling back to me” in the next couple of months.

I did a huge SHEIN swimsuit haul – the bottoms were so revealing, I couldn’t wear them out | The Sun
Entertainment