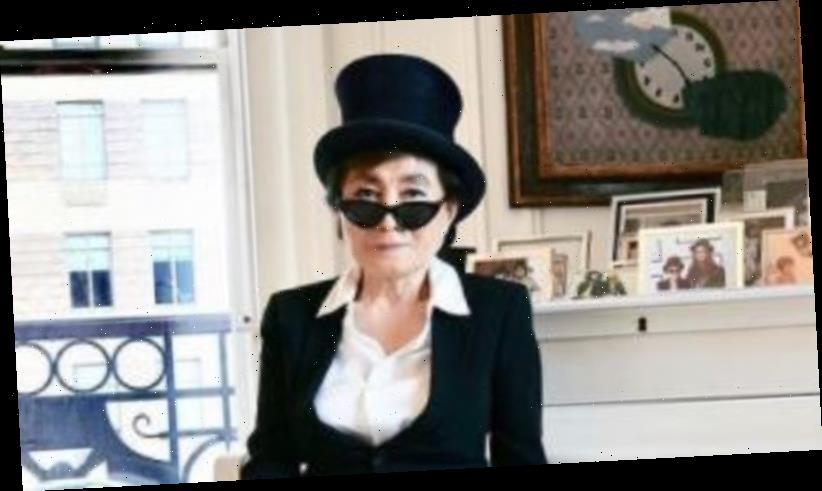 Now that Instagram has become a one-stop shop for culture lovers, it’s hard to believe it was once the primary domain – when it first launched, just over 10 years ago – of people wanting to canonise their leftover pizza and drunken trip to Ibiza. It has not only become a hub for collectors seeking to buy works by artists (both celebrated and unknown) in every medium, and a haven for anyone wanting a peek into what various creators’ inspirations are. The platform is also sparking the creation of new works and thoughts.

There are the little gems including the handwritten note from architect Frank Gehry – “If architecture is frozen Music. Is music liquid architecture?” – that appears on the account of Hans Ulrich Obrist, artistic director of London’s famed Serpentine Galleries, who calls his daily posts, on @hansulrichobrist, “a movement of some sort”. And there are larger pursuits, such as the Instagram-only “Covid International Arts Festival” that writer and performer Miranda July launched last year. For July, the festival was a serenity-saving way to connect with her audience. “Thank you,” she wrote on her account, in July, before presenting the winning entries, from people from around the world. “I felt a lot less alone in my converted garage for a while.” Here are 25 accounts guaranteed to open your eyes, and make you feel the same.

The avant-garde artist and singer shares new works, optimistic hand-written notes, and insights into her iconic “War Is Over!” days with late husband John Lennon.

Tips on glazing and how to avoid ceramics explosions from the world’s famous stoner (and actor), who took up pottery during COVID-19 to surprisingly spectacular results. (Roxanne Gay and musician David Crosby, of Crosby, Stills, Nash and Young, are fans.) Also: Rogen’s own kitschy collection of memorabilia, and the works of other, celebrated ceramicists.

Dancing sugar cubes, laughing bridges, Betty Boop baking, and rocker Joan Jett in a bumper car: it’s all here, in this collection of stills and clips from stop-motion films, books, and advertisements from legends of the media dating back to the early 1900s.

Dubbed “the world’s first Hijabi ballerina”, Kurlow, a freelance Sydney-based, Australian-Russian ballet dancer has performed at the Sydney Opera House. Her account shows (in part) how she travelled the distance to there, from her childhood in the north-western suburbs of Sydney, where her mother once opened a ballet academy for her to practice in, when every ballet class rejected her, for wearing the hijab.

The view from Brazilian graffiti artists and brothers, Otavio and Gustavo Pandolfo, whose work has included Rococo-esque murals in New York City and a collaboration with Banksy (featuring the duo’s iconic yellow cartoony people).

Feast on videos of lesser-known Hollywood greats including the dancing duo Harold and Fayard Nicholas (stymied by the industry’s racism) and the feline co-star in the Jimmy Stewart-starring film, Bell, Book and Candle chosen because it was, “A cat with an Ava Gardner personality.”

Influential Australian-American graphic novelist and creator of celebrated serialised comic “The Blood of the Virgin”, reveals works-in-progress, inspiration sources, the works of other painters and cartoonists (including Charles Burns and Jerry Moriarty) and info on events for “comics freaks”.

Highlights include: Ayn Rand writing to Cat Fancy magazine, jazz legend Louis Armstrong’s creative sign-offs (“Am Ricely & Chickenly Yours”), and Charlotte’s Web author E.B White’s tip for how to get out of unwanted parties (“I must decline, for secret reasons.”)

The Canadian actress and artist, who starred in The Revenant, is also an Indigenous arts educator who demonstrates how she tans moose hides, while living in a tent in the remote north of the country, and highlights other indigenous artists, including elders who do exquisite beadwork.

Video snippets and snapshots from the life of this hard-rocking, “desert blues” outfit from North Africa, whose lead singer, Garba Toure, was raised on Jimi Hendrix, BB King and John Lee Hooker, and fled his native Timbuktu, after armed jihadists took over.

What does the performance artist, writer and filmmaker (most recently of the celebrated movie Kajillionaire) look like while pretending to be an astronaut and dancing to ’50s records? And which poems, drawings, songs, and dances – that she received, through her Instagram-only Covid International Arts Festival – tickled her fancy? These videos reveal all.

What was once a key guide to indie music events across Victoria has become – thanks to Emily Ulman, musician and programmer of the beloved Brunswick Music Festival – a sustaining musical force, thanks to her own, weekly, online, Instagram-based music festival, Isol-Aid, an “Instagram Live Music Festival”, which has featured links to 20-minute sets from artists including Indigenous singer/songwriters Benny Walker and Kee’Ahn.

The who’s who of American hip-hop – Jay-Z, Lizzo, Megan Thee Stallion, Mary J Blige and Offset – hang out at the Harlem couture studio of Dapper Dan (real name: Daniel Day), who not only dresses them all, but also provides snapshots of forgotten musical legends (Funk Flex, Big Daddy Kane), and insights into the “Harlem Renaissance” of the early 20th century, which birthed such groundbreaking talents as poet Langston Hughes and performer Josephine Baker.

New York City-based drag star and playwright Taylor Mac – who once asked male members in the audience of his 24-hour concert to mime squeezing their bodies through a vagina – shows off mind-blowing costumes, by frequent collaborator Machine Dazzle, and sings new compositions, like, “Trees don’t have anxiety”.

If the Memphis design movement could dance, you’d get New York City-based dancer, Joanna Warren: modern movement while wearing fluorescent clothing, in the gym, on rooftops, and while moving over snow-covered streets.

It was the photo seen around the world – a kangaroo hopping in front of a home in Lake Conjola, on the south coast of NSW, pouring out fire as far as the eye could see – and it was taken by this freelance Australian photographer. For that work, and others – capturing B&S ball chaos, and a “bush footy team” in a tiny town in the Northern Territory – Abbott has won awards, and front page photos in The New York Times.

A glimpse into arguably the world’s largest online art community, showcasing contemporary works of every kind, including collaborations with iconic artists (such as British visual artists the Chapman Brothers) and lesser-known artists (such as Chinese digital artist Lu Yang), that are for sale through the platform.

Illuminating and bizarre literary, musical and artistic works and artefacts, including a lock of poet John Keats’ hair (with the note of the friend who cut it, on Keats’ deathbed), and a miniature facsimile of The Times of London made for Queen Mary’s doll house. Videos with curators on topics such as conservation, and the rewriting of A Christmas Carol (the museum owns Dickens’ manuscript).

A collection of artworks – including painting, wood carving, weaving and digital photography – by indigenous artists, both celebrated and upcoming, from communities across the red, remote outback areas of the Anangu Pitjantjatjara Yankunytjatjara Lands (APY lands), in central and south Australia.

See working drawings, exhibition highlights and the funky-arse living room of one of Australia’s most highly regarded painters. The Sorrento-based painter draws on everything from classical Greek philosophy to dada, and – in a recent post – what he calls “Miss Piggy’s brush with formalism”.

Come for links to great monologues, on video, from this North London playhouse’s productions, such as Ralph Fiennes (in Richard III), and Fisayo Akinade (in Shipwreck). Stay for video interviews with playwrights and actors, such as Tobias Menzies (Prince Philip in The Crown), who says: “One of the good things about getting older is emotions are easier to come by.”

This Pakistani “crystal artist” bedazzles everything, from digital portraits (Princess Di, ordinary women’s stretch marks), to a real banana. Who knew that a video of that banana, being peeled, and a digital portrait of French fries – made out of razor-sharp crystals – could be so soothing?

Split-screen videos unveil the secrets behind those shots: actors levitating, films seemingly completed in one shot, and the masterwork of craftsmen such as Mexican cinematographer Emmanuel Lubezki and Linus Sandgren (the man who captured those insane dance scenes in La La Land).

The one-time star of The Rocky Horror Picture Show (as the tap-dancing Columbia) shows off obscure museum exhibitions from around the world, film set visits (with mates Richard E. Grant and Bryan Brown) and the leafy, water-dragon-accented view from “The Hussyenda” (her home in Greenwich, Sydney).