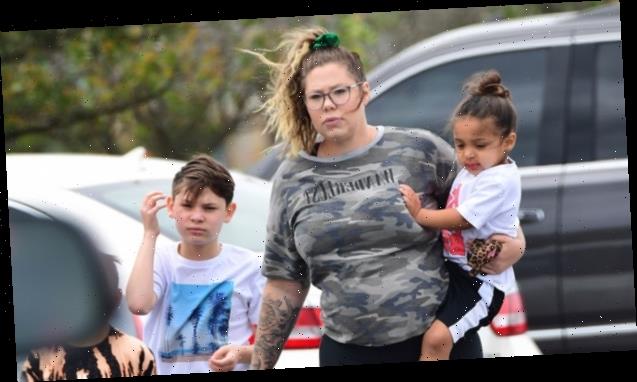 Kailyn Lowry’s five-month-old son has a new last name. She revealed to fans what baby Creed will now be called after her relationship with his dad Chris Lopez has gone even further downhill.

Teen Mom 2 star Kailyn Lowry has made no bones about how she thinks Chris Lopez is an absentee dad to both their three-year-old son Lux and five-month-old son Creed. She even left his last name out when she named their first child, calling him simply Lux Lowry, because Chris was allegedly never around. But she decided to give him a chance with baby number two, naming their son born on July 30 “Creed Romello Lopez.” Now that Kail and Chris’ relationship has grown even more toxic since Creed’s arrival, she’s just added her surname to his moniker. 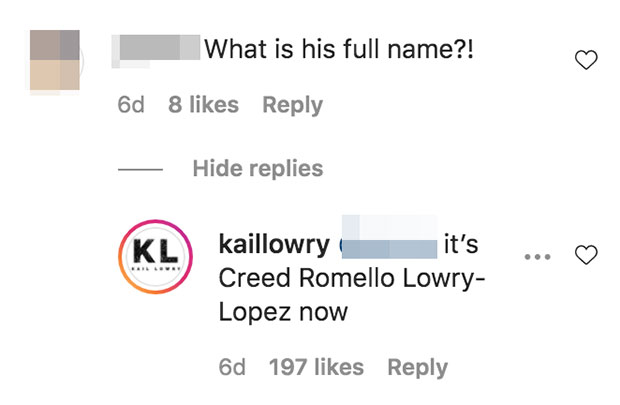 Kailyn made the revelation to a fan on Jan. 2 in an Instagram comment next to a photo of Creed looking so precious and adorable. A fan asked what Creed’s full name is and the 28-year-old responded back, “Creed Romello Lowry-Lopez now.” Other fans then asked if she was hyphenating all of her four children’s names, but she didn’t respond back.

The mother of four had previously revealed on her own podcast Coffee Convos on Aug. 13, 2020 that she was giving her latest son Chris’ last name of Lopez. “It’s crazy because I think I have a really hard time, and this is my own fault, I get so angry and I say a lot of things that are true, but then I still turn around and try to make other people happy and not argue,” Kail explained to co-host Lindsie Chrisley. “So this is another attempt of me trying to give [Chris] a chance to step up as a dad. Nothing I do is going to change someone else’s behavior; however I feel this is me giving him another chance to, like, not argue about the last name and try to be there.” 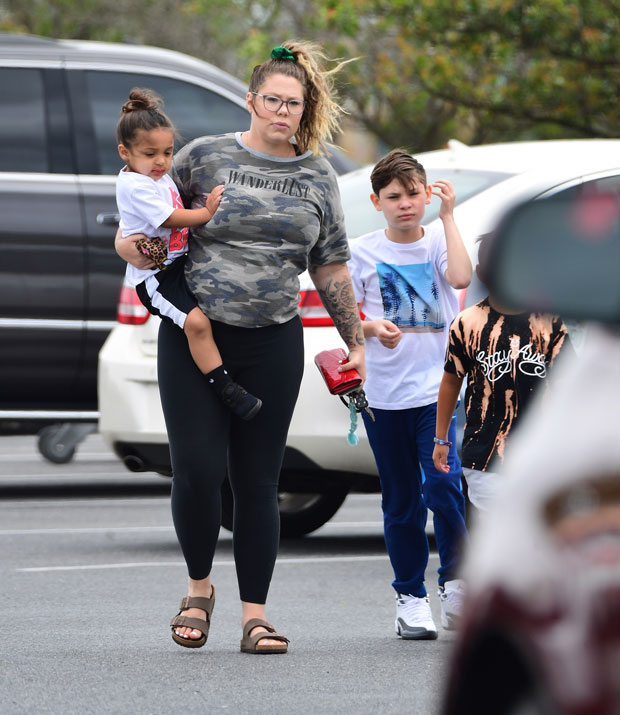 Kail then revealed in Sept. 2020 that Chris had not seen his infant son since he was born. “We don’t communicate at all. I don’t remember the last time I heard from him. So he hasn’t seen Creed since he was born, maybe a couple days after. He saw him when he was born and he saw him shortly thereafter that week and he hasn’t seen him since,” she shared on iHeartRadio’s The Domenick Nati Show during a Sept. 1 appearance.

Later that week things really went off the rails when Chris took Lux for a visit on Sept. 4. Kail rightfully lit into Chris for getting their son’s luscious long curly hair cut off without the MTV star’s permission and totally going behind her back. Kailyn showed off before and after photos of Lux’s butchered locks in an Instagram stories snapshot and wrote, “Parenting with a narcissist be like” above the “after” photo, and also added “control tactic” at the bottom of the snapshot, aimed at Chris.

Chris then further angered Kailyn by explaining in an Instagram live that he wanted Lux’s hair short and that she was lucky he didn’t have the stylist go even further with the chop. “If you wanna be real, I was basically telling the girl keep going. I’ve been wanting to cut my son’s hair. So the fact that I cut off a little bit of his edges, she’s lucky I didn’t f**king scalp his a**….That’s my son. So If I decide to make a decision on my son, I can,” he defiantly stated, even though Kailyn has sole custody of the boy.

Creed is now the only one of Kailyn’s sons with a hyphenated last name. Lux has always had just her surname of Lowry, while her 10-year-old son Isaac has her high school ex-boyfriend Jo Rivera‘s last name. Kail’s seven-year-old son Lincoln Marroquin has the last name of his dad Javi Marroquin because he and Kailyn were married at the time the boy was born in 2013.