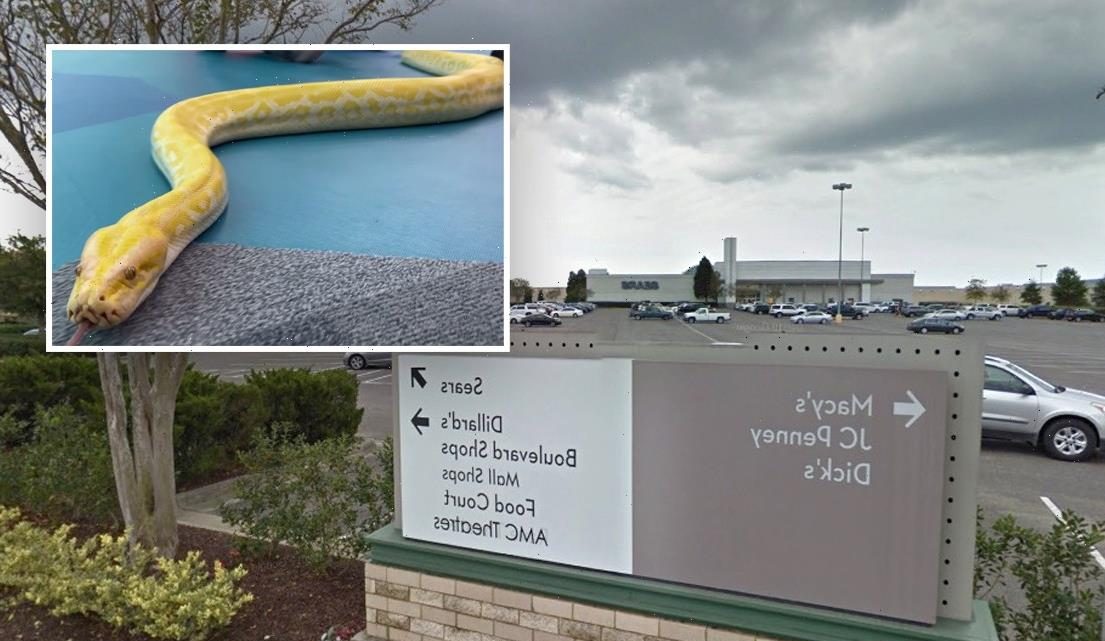 Man says God told him to go to jail, where he’s arrested for meth

BATON ROUGE, La. — Authorities say they’ve been searching for a 12-foot python that escaped from its enclosure inside Louisiana’s largest shopping mall.

Cara, a yellow and white Burmese python, slithered out of its enclosure at the Blue Zoo in the Mall of Louisiana in Baton Rouge on Tuesday, news outlets reported. She was still on the loose early Wednesday morning, WBRZ-TV reported, after a search overnight, when such snakes are most active.

“While we’ve created a very secure home for Cara, our Burmese Python, she has slithered out of her exhibit,” the Blue Zoo said in a statement. “Cara is a non-poisonous, friendly snake that enjoys her time interacting with guests during our Snake Education Shows.”

Pythons slowly squeeze their prey to death before swallowing them. Cara was described as “very sweet” by her handlers, who released a photo of the animal.

The Blue Zoo — which bills itself as “more than an aquarium, more than a zoo” — was closed Tuesday while search efforts continued, but the Mall of Louisiana remained open.